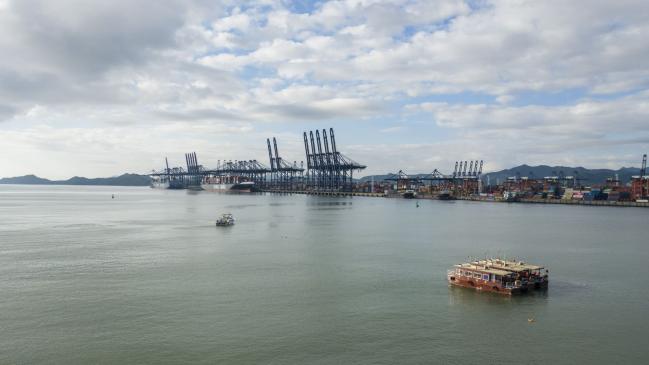 (Bloomberg) — European stocks edged higher with U.S. equity-index futures on Thursday after a mostly positive session in Asia as investors weighed the prospects of America removing a scheduled tariff hike on Chinese imports in 10 days. The dollar drifted lower.

Retail and utilities were among the leading sectors as the Stoxx Europe 600 Index edged up, although German shares dipped after the country’s factory orders unexpectedly fell. Contracts on the three main American equity gauges were also marginally firmer. Earlier in Asia most major stock benchmarks posted sold gains although shares in South Korea fell. An index of emerging-market equities climbed.

Treasuries held their losses from Wednesday, when a report indicated the U.S. and China were closer to a deal that would avoid the next round of tariffs. India’s government bonds tumbled after its central bank unexpectedly left interest rates unchanged. The pound rose for a fifth day against the greenback as expectations grow for a Conservative victory in next week’s election.

Investors are focused on whether a phase-one trade deal can come together in time to avert another scheduled hike in American duties on Chinese goods, a result that many say is priced into various asset classes. With fears of a global economic slowdown subsiding as the year draws to a close, concern has shifted to the prospect that political tension will infect progress on trade — particularly U.S. support for Hong Kong protesters and Chinese Muslims.

“If we do just muddle along and there aren’t the tariff increases on Dec. 15, we’ll probably see something of a stable stock-market environment,” Kristina Hooper, chief global market strategist at Invesco Ltd., told Bloomberg TV. Any negative trade news “could be the spoiler for what otherwise would be a fairly solid month for stocks,” she said.

Here are some key events coming up this week:

Ronaldo’s Juventus Drops Amid Fears Virus Will Keep Fans Away

The Barclays share price: Is now the time to buy?