U.S. equities rose on Thursday even after the latest GDP showed a second-straight contraction as investors bet the economic downturn would soon cause the Federal Reserve to end its aggressive hiking campaign.

The Dow Jones Industrial Average jumped 221 points, or 0.7%, while the S&P 500 rose 0.7%, and the Nasdaq Composite added 0.4%. All of the major averages cut steeper losses from earlier in the session and are on pace for a winning week as well as their best month of 2022.

Stocks initially dipped after the GDP report but rebounded as investors digested what the reading could mean for the likelihood of a recession while considering the Federal Reserve’s latest monetary policy decision. U.S. economic growth fell 0.9% in the second quarter, the Bureau of Economic Analysis reported Thursday. The Dow Jones estimate was for a gain of 0.3%. First-quarter GDP declined by 1.6%.

“Today’s reading only adds fuel to the fire that we are in or entering a recession,” said Mike Loewengart, managing director of investment strategy for E-Trade. “While it is certainly on the negative side of the estimates, keep in mind that a 1% decrease is relatively small and supports the idea that any recessionary environment will be mild.”

“The Fed has been clear that controlling inflation is its top priority so it’s unlikely it will change course due to another negative quarter, although today’s report may seem contradictory to Powell’s recession comments yesterday,” he added. “The market has been rallying in July so don’t be surprised to see the realities of the challenges that lie ahead set in for investors.”

The moves come on the heels of a broad-based rally Wednesday after the Fed hiked interest rates by 0.75 percentage point for the second consecutive time to fight inflation, and investors bet on whether the central bank can halt surging prices without pushing the economy into a recession.

Investors have grown increasingly concerned in recent months that the Federal Reserve’s attempts to tame surging prices would move the economy closer to a recession. Many characterize a recession as having two back-to-back negative quarters of economic growth. It’s more nuanced than that. The National Bureau of Economic Research, the official arbiter of recessions, considers several additional factors.

Shares of Comcast slid more than 9% after reporting it failed to add broadband subscribers for first time ever. Charter Communications fell 7%. The communication services sector was down by 2%, after posting its best daily performance since April 2020 on Wednesday.

Stanley Black & Decker shares tumbled about 15% after the manufacturing company missed earnings and revenue estimates and cut its earnings guidance.

Nearly 49% of S&P 500 companies have reported earnings through Thursday’s open. Of those companies 71.5% have beaten estimates, FactSet data shows.

Investors are looking ahead to results from Apple, Amazon, Intel and Roku slated for after the bell.

Disclosure: Comcast is the owner of NBCUniversal, parent company of CNBC. 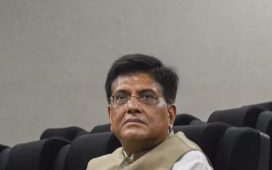 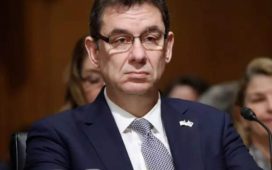 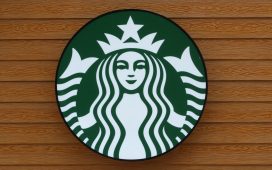 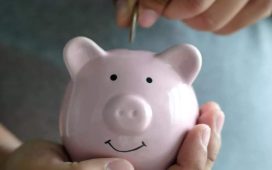 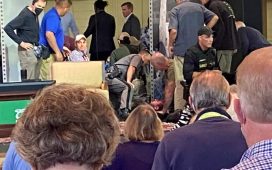