By Sara Scarlett For Thisismoney.co.uk

London’s top share index surged 1.6 per cent on Friday after the World Health Organisation issued a measured assessment of the new coronavirus and fresh data showed the economy bouncing back from its slowdown.

While the WHO termed the coronavirus outbreak ‘an emergency in China’, it refrained from declaring it an epidemic of international concern.

The FTSE 100 looks set to end a four-day losing streak and record its best day in more than a month. The FTSE 250 also climbed back 1.2 per cent.

UK and global markets had followed the Asian indices downward when the virus first broke out. 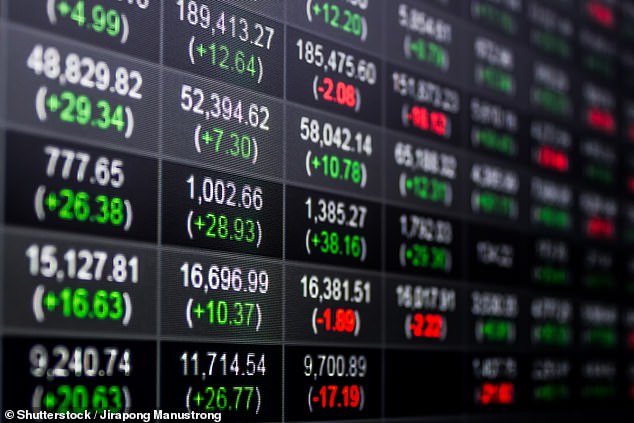 FXTM market analyst Han Tan suggested dealers were also taking heart from China’s efforts to lock down the epicentre of the outbreak, potentially limiting its spread and impact.

China has suspended public transport in 10 cities and a media report suggested that a hospital to treat infected people will be constructed by as soon as Monday.

Worries over the spread of the virus, which is being likened to the 2002-2003 spread of Severe Acute Respiratory Syndrome (SARS), have knocked risk sentiment this week.

Oanda analyst Jeffrey Halley said: ‘The virus itself is not the issue from an economic perspective; instead, it is the self-perpetuating negative feedback loop on economic activity that it creates.’

It has also emerged that economic activity in the UK strengthened as private sector confidence was bolstered by Boris Johnson’s General Election win.

The flash IHS Markit/CIPS composite purchasing managers index (PMI), a preliminary report before the final data is released next week, jumped to a reading of 52.4 for December. Any reading above 50 reflects growth. 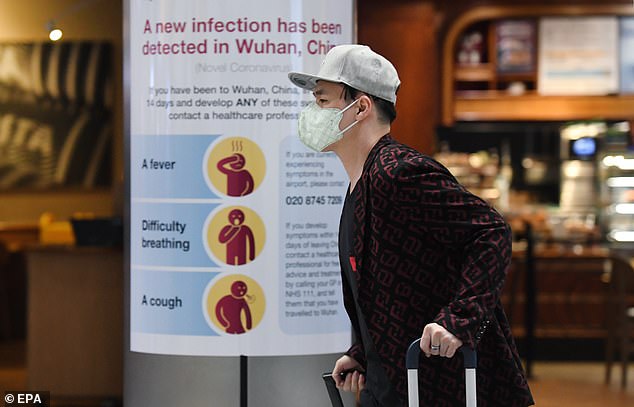 It represents a significant rebound from a reading of 49.3 in December and was ahead of analysts’ forecasts of 50.7.

The preliminary figures showed significant upturns in the services and manufacturing sectors over the month.

The flash services activity index reported a 16-month high of 52.9, as businesses said greater political certainty had had a positive impact on consumer spending.

Meanwhile, the manufacturing output index rose sharply to 49.5, from 45.6 in December, as its contraction significantly slowed.

Employment numbers also increased for the second consecutive month, with marginal growth across both the services and manufacturing sectors.

‘Intensifying political and economic uncertainty ahead of the general election has started to ease, encouraging more spending and helping push business expectations of future growth to its highest since mid-2015.

‘The uplift in sentiment about the outlook hints at even better growth to come, but confidence needs to continue to rise to ensure this solid start to the year has legs.’

The figures could also weaken the prospect of an imminent rate cut by the Bank of England, following comments from policymakers that they were considering actions to stimulate growth.

Samuel Tombs, chief UK economist at Pantheon Macroeconomics, said: ‘Markets now see just a 43 per cent chance that the Monetary Policy Committee will cut Bank Rate on January 30, down from 50 per cent before the PMI was released and a peak of 75 per cent last week.

‘That probability still looks too high to us.’

Duncan Brock, group director at the Chartered Institute for Procurement and Supply, said: ‘2020 has started on a positive note with this sudden change in momentum.

‘However, that’s where the story will end until this uncorked trickle of new orders and activity turns into a flood for businesses hit by hesitancy in the last three years.

‘Business activity will need to be buoyed up by the prospect of strong negotiations around the UK’s exit from the EU to return them to strength in the years to come.’