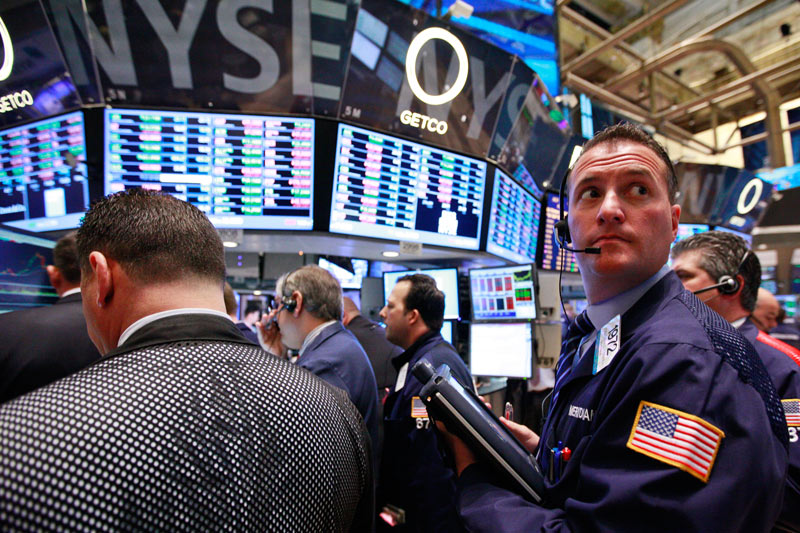 Investing.com – Stocks ended basically flat Tuesday as President Donald Trump’s speech did not offer clues on when a China-U.S. trade deal will be signed.

The finished unchanged, which is a rare occurence. The Dow had been up as many as 79 points and down as many as 56 points.

The blue chips were held back by weakness in Boeing (NYSE:) and Caterpillar (NYSE:).

The finish was a disappointment for bulls because the S&P 500, Nasdaq and Nasdaq 100 had hit new intraday highs in the morning. The pullback may have been due less to Trump than to investor reluctance to push stocks higher without any firm news.

Tuesday’s key moment, at least according to Briefing.com, came when the S&P 500 hit 3,100 at about 10:40 AM ET (15:40 GMT) — before the president’s New York appearance — and then pulled back. In addition, the S&P’s relative strength index briefly topped 75, a key technical level that traders watch. A reading above 75 is a possible sell signal.

So, expect a lot of focus going forward on whether 3,100 can be decisively breached.

Boeing was off 1.1% after The Wall Street Journal said the company has lost more than 200 orders for 737 MAX jets. The company blamed airline bankruptcies and customers swapping out for other models. The decline trimmed nearly 28 points from the Dow.

On Monday, Boeing said it expects Federal Aviation Administration approval for the troubled jet by the end of December, with planes returning to service by the end of January. Whether that occurs is unclear. Southwest Airlines (NYSE:) has said March is more likely.

Caterpillar’s business is influenced by its prospects in China. So no news from the president set off some selling, which cut an additional 11 points from the blue chips.

Disney, up 1.35%, launched its Disney + streaming service Tuesday to compete against Netflix (NASDAQ:), Amazon Prime and other services. The Disney service, which costs $6.99 a month, was hit with tehcnial glitches on its first day, which the company blamed on overwhelming demand.

Walgreens was higher after buyout giant KKR said it has approached the drugstore chain about taking the company private.

Healthcare, materials, communication services and technology were the strongest sectors, with real estate and energy the weakest.

German economy in sharpest decline since 1970, as markets await US GDP – business live