Stranded in a Hurricane? There's an App for That

Carolina residents in the path of Florence have turned to technology and social media to stay connected—and even call for help.

Zello Inc.’s mobile app, which lets people use their phones like walkie-talkies, shot to the No. 1 spot in Apple Inc.’s app store in recent days. The app became popular last year during Hurricanes Harvey and Irma when volunteer rescue teams used it to field distress calls.

Many of those same volunteers, known as the Cajun Navy, along with those from the Carolinas, are using the app to communicate with people in harm’s way.

Zello lets people use their phone like a push-to-talk walkie-talkie to speak with other users directly. Users can also subscribe to public channels—kind of like a chat room but for voice—where groups of people can talk. The Cajun Navy, for example, has a channel that allows people to make distress calls.

“The Zello app has been a lord and savior,” said Donald Lewis, a 33-year-old restaurant manager and volunteer from Wilmington, N.C. “We’ve been able to rescue multiple people and multiple animals.”

The volunteers have been taking requests for help through Zello and by phone, Mr. Lewis said. He said he went out on a call on Thursday night to help a man who was injured by a tree that fell through the roof of his house, knocking him out of his bed. On Friday morning, he took an elderly woman in need of oxygen to the hospital and later rescued a dog and kitten, he said.

Zello CEO Bill Moore said daily use of the app has surged by a factor of 20 in the Carolinas in recent days. The app, which was released in 2012, was also popular in Egypt, Ukraine and Venezuela during times of crisis, he said.

“It worked especially well for Harvey and Irma,” Mr. Moore said. “At that point Zello was known as a hub for emergency communication.”

Some Carolina residents have been using Zello to stay in touch with neighbors who hunkered down during the storm and others who left town.

Rhonda Knopf, 45 years old, from Wilmington, said she and neighbors have been using Zello throughout the storm to exchange the latest information on what was happening in the community, such as the location of downed trees and when the power went out.

“A lot of the people in the neighborhood have gone to Florida, Atlanta, Charlotte and Tennessee,” Ms. Knopf said. “We’ve been able to communicate with them and let them know what’s going on in Wilmington.”

Zello requires a Wi-Fi or a cellphone signal, so users can’t count on it if those services go out. But Ms. Knopf said she hasn’t lost cell service during the storm.

Rob Johnson, 40, from New Bern, N.C., has been using Zello to keep in touch with his neighbors and trade messages with people who need help or are having medical issues. He also praised volunteers in the area using it to field distress calls.

“You have some amazing people on there,” Mr. Johnson said. “They are working their butts off.”

have also come in handy. On a break at New Bern’s Fire Department headquarters Friday afternoon, Sgt. Kodi McKinney with the Army National Guard was trying to pull up Facebook to see if any locals were requesting assistance.

“We had a woman that was trapped in a trailer and that’s how we got it, through Facebook,” he said of the rescue request. He estimated that his team has conducted around 75 rescues since Thursday night.

—Erin Ailworth contributed to this article. 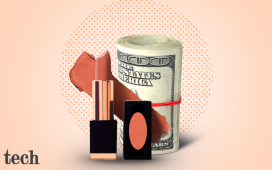 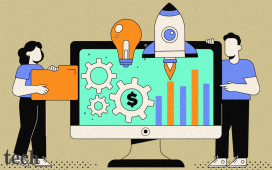