The quantity bought was flat in April, defying analyst expectations of a 0.3 per cent decline, driven by rapid online sales growth, the Office for National Statistics (ONS) said.

In the three months to April, volumes rose by 1.8 per cent compared to the previous three months. 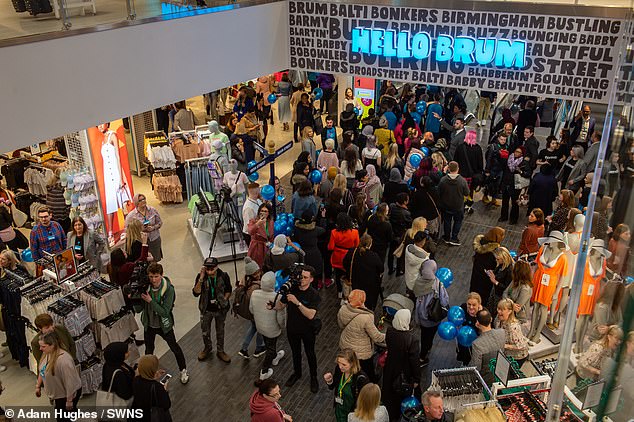 Shoppers continued to spend in April despite economic uncertainty

Rhian Murphy, the ONS’s head of retail sales said: ‘Retail growth was strong in the three months to April with a record quarter for the online sector, driven mainly by clothing purchases, with warmer weather boosting sales. Elsewhere, department stores continued to see their sales fall.’

All sectors except department stores and household goods stores showed growth in the three-month period.

Department stores suffered from store closures since last year, with sales dipping 0.5 per cent, while household goods stores saw a 2.9 per cent decline.

But this was offset by growth across several other sectors.

The biggest contributor to the rise was non-store retailing, growing by a record 9.4 per cent in the period.

The ONS said non-store retailers, which mostly consists of online-only brands, had deployed a range of promotions and sales.

In April, online retailing accounted for 18.7 per cent of total retailing compared with 17.7 per cent in the same month last year.

Philipp Gutzwiller, head of retail at Lloyds Bank Commercial Banking, said: ‘A fourth consecutive month of sales growth, buoyed by exceptional weather over the Easter bank holiday weekend, will have no doubt helped further boost the confidence of retailers across the UK.’

‘The surprisingly upbeat retail sales figures are down to sustained online spending, perhaps boosted by falling unemployment,’ he said.