university student who required emergency brain surgery after a car pulled out from a side road as he cycled in west London has spoken of his determination to complete his studies.

Billy Draper-Barr, 21, suffered a traumatic brain injury as he was thrown onto the windscreen of the Mercedes C-class car before falling to the ground.

The Imperial College London undergraduate managed to pull himself to the side of the road and dialled 999 before losing consciousness.

He was taken to St Mary’s Hospital in Paddington where he underwent an emergency craniotomy – the removal of part of the skull – to relieve a bleed on the brain.

Mr Draper-Barr, who is studying mechanical engineering, had been cycling on North End Road in West Kensington on his way to a summer internship with a medical technology firm when the crash happened at around 8.15am on August 7 last year.

The Mercedes driver had pulled out of Mund Street. Mr Draper-Barr, who had been living in Hammersmith, spent almost two weeks in hospital before being discharged home to the family home in Worcestershire to be cared for by his parents.

He said: “All I can remember about the collision was suddenly seeing a car pulling out and then me coming off the bike and ending up on the ground.

“I’m not sure how but I managed to get to the roadside and dial 999, thinking it was important I stayed awake. The next thing I was in hospital hooked up to various machines.

“The last few months and attempting to come to terms with what happened has been difficult. Before the collision I was on top of my studies and was really enjoying my internship. But the last few months have been a lot harder, it takes a lot more planning to ensure that I don’t fall behind.

“I struggle to concentrate as much because I tire easily and sometimes struggle to find the words I want to say. Trying to catch up on my course has been difficult. I’ve attending lectures in person but I’ve also undertaken a lot of online learning.”

His recovery has progressed sufficiently to enable him to sit his second year exams and return to his studies.

He remains under the care of consultants at St Mary’s Hospital and is trying hard to catch up on his course.

The lasting impact of his injuries is not yet known. He continues to suffer with fatigue and problems with his speech.

“The support I’ve had from family, friends, university and others has been amazing,” he said. “It’s made such a difference. While I didn’t win the Undergraduate of the Year Award it was incredible to reach the final as more than 5,000 people entered.

“The nomination meant so much to me. It was a true reflection of the support I’ve been given which has allowed me to continue my student education and experience with confidence despite a severe traumatic brain injury.

“I now want to remain focused on my studies and making the best possible recovery I can. I just hope that by speaking out people in a similar position realise that there’s help and support available and that it makes such a difference.”

His legal team at Irwin Mitchell secured an interim payment to fund his ongoing rehabilitation, including physiotherapy, neuropsychology, occupational therapy as well as speech and language therapy.

Police investigated the collision but it was decided not to prosecute the driver.

Sarah Griggs, the expert serious injury lawyer at Irwin Mitchell representing Billy, said: “Billy suffered very serious injuries in the collision which have had a profound effect on him. Coming to terms with what happened has understandably been difficult for Billy as well as his family.

“The amazing work of Headway [a brain injury charity] and of the team at Imperial College Healthcare NHS Trust made a huge difference to Billy’s condition. The early instruction of a case manager has meant that he has access to the specialist support he needs to continue his studies and make the best possible recovery.”

Ms Griggs said it was an “important reminder how people can be affected by a brain injury long after the physical wounds have disappeared”.

She said: “Billy’s courage and determination not to be defined by his injuries has been amazing and his nomination for an Undergraduate of the Year Award is very well deserved.

“We’ll continue to support Billy through the challenges he continues to face but hope his story helps inspire other people in a similar situation.” 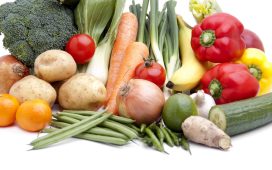