Rishi Sunak will announce £3bn of energy efficiency measures on Wednesday as part of a wider coronavirus stimulus aimed at boosting the economy.

The package will include £2bn towards a new green homes grant and another £1bn for insulating public buildings that has to be spent within a year so that it acts as an effective stimulus. The measures are also aimed at helping the UK meet its ambitious 2050 target for net zero carbon emissions.

The extra funding, which comes on top of a £1.5bn lifeline for struggling theatres, music venues and museums, signals the chancellor’s intent to ensure that Wednesday’s summer statement will boost the economy, protect jobs and increase confidence.

Mr Sunak will finalise the extent of the stimulus programme after he has seen the latest economic data covering the further easing of the lockdown over the weekend that allowed pubs and restaurants to reopen.

Initial indications of footfall point to a significant increase in people visiting high streets and shopping centres in England, but numbers remained far short of activity for the same weekend last year. Data from the consultancy Springboard showed that levels were 48 per cent down on last year.

Mr Sunak has faced calls from Conservative backbench MPs to introduce a sizeable economic stimulus, with tax cuts to boost spending, but officials cautioned that the stimulus would fall short of the coronavirus support programme already announced by the Treasury.

The chancellor is considering a series of temporary tax cuts, including a stamp duty holiday for more affordable homes and a cut in VAT targeted at the hospitality sector. Both changes could be introduced immediately to provide a quick boost to the economy.

Backbenchers have also lobbied the chancellor for other relatively small tax changes to boost vulnerable parts of the economy, including a cut in beer duty to help pubs and clubs and a temporary cut in air passenger duty.

“If we could do these things for six months — to get beyond Christmas — that would be invaluable for the parts of the economy most at risk,” said one Tory MP from the north of England.

The green homes grant will give households vouchers to spend on energy efficiency schemes such as loft lagging and floor insulation. Ministers hope that the policy will give an immediate boost to the economy.

The programme will also be tilted towards people on low incomes, who will receive more generous vouchers than other recipients.

Mr Sunak will also commit £1bn towards insulating public sector buildings, such as schools and hospitals, over the next year.

Ministers are trying to burnish the UK’s green credentials as host of the next “COP” global climate change summit, which has been postponed from this November to a year later in Glasgow.

Green groups largely welcomed the announcement although they said they wanted to hear more commitment to longer-term investment.

On a per-year basis, the money is more generous than the Conservative party’s long-term manifesto promise in December of £9.2bn of spending on insulation, equivalent to £1.3bn a year.

In an unusual move, shortly after Mr Sunak’s speech on Wednesday, Andrew Bailey, the Bank of England governor, had been scheduled to address the 1922 Committee of backbench Tory MPs.

However, in a statement on Monday night the bank said: “Due to the Chancellor’s economic update on Wednesday, the meeting between Andrew Bailey and the 1922 committee — arranged prior to the scheduling of the Chancellor’s statement — will now take place at a later date. The meeting is part of the Governor’s ongoing programme of engagement with parliamentarians from across the House of Commons.” 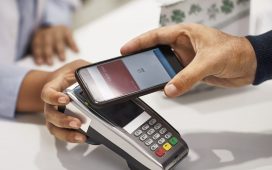 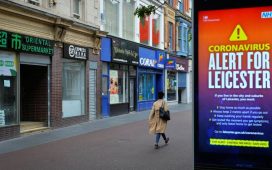 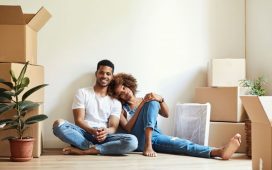