By This Is Money Reporter

We round up the Sunday newspaper share tips. This week, Midas looks at fryer cleaner firm Filta, the Sunday Times assesses the prospects of Arrow Global, and the Sunday Telegraph analyses car distributor Inchcape. 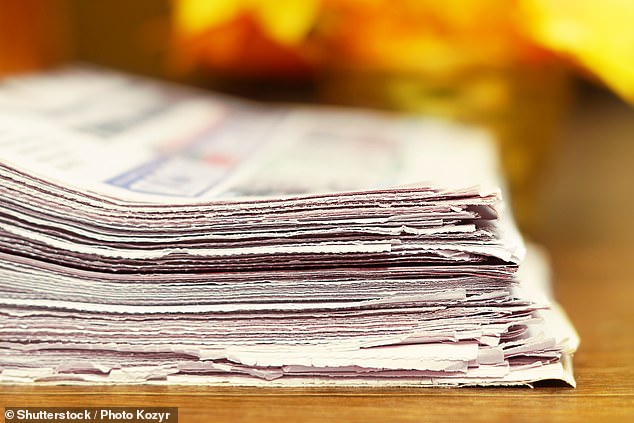 In 1997 Jason Sayers, a keen 26-year-old cricketer, became captain of the Weybridge 1st XI. One of his cricketing pals worked shifts in a local restaurant and was badly burnt one evening, as he cleaned the kitchen fryer.

Sayers thought there had to be a safer way of doing the job than emptying hot oil into a bucket beneath the fryer. He scouted around and eventually found a factory in Harrogate that filtered engine oil.

The foreman modified the equipment and Filta was in business. Now listed on AIM, the junior market, Filta specialises in fat, oil and grease management for commercial kitchens.

The shares are £1.56 and should increase in value, as the company is growing fast and there are significant opportunities for further expansion.

The original fryer cleaning business works with more than 6,000 customers a week, draining and filtering their oil, in a process that is not just safer than traditional methods, but also environmentally friendly, because most of the fat can be reused.

Half-year figures, released last week, showed strong growth and brokers expect an 82 per cent surge in 2019 revenues to £26 million and a doubling of the dividend to 3.2p.

Profits are likely to be flat this year at £2.8 million, reflecting costs associated with the Watbio deal, but strong growth is anticipated in 2020 and beyond.

Midas verdict: Filta shares topped £2.80 a year ago. Last week, they closed at £1.56, partly reflecting market disillusion with smaller firms and partly reflecting concerns that the Watbio integration has taken longer than expected. The slump is overdone.

Filta is an attractive business in a growing sector and the shares should rebound.

Sayers himself owns 48 per cent of the company so he is certainly motivated to make it work. The group even has a ‘green’ element. Buy.

‘A total of 8% of its shares are out on loan, according to Markit, making it one of the London market’s most shorted stocks.’

Arrow’s challenges are its debt pile, high costs and its attempt to broaden its business model, she says.

Brexit is both a threat and an opportunity. Arrow’s own book of debt could come under pressure from borrowers hard-pressed to repay if the economy weakens.

The shorting is ominous, but cost-stripping and asset management growth provide hope for Arrow. Hold.

A quick way to lay your hands on some ready cash is to trade in the motor, writes James Ashton in the Sunday Telegraph.

‘Inchcape operates in 32 markets and knows plenty about the automotive business, but is hardly in need of fresh funds. So why is the FTSE 250 car distributor – whose net debt level remains undemanding even after its adoption of new IFRS 16 accounting standard – selling off dealerships?’

‘The answer is capital allocation: driving Inchcape’s resources where they can be most useful while the car market remains tough and uncertain.’

But he says Inchcape throws off plenty of cash, offers a decent yield and debts are low, while one analyst says there is firepower that can be deployed in share buybacks and acquisitions over the next few years.

‘The shares have enjoyed a rally over the past month. Despite tough markets, they looked oversold. A further focus on distribution and reduction in retail could improve their appeal. Trading at 10.2 times this year’s forecast earnings, there should be more in the tank. Questor says: hold.’

What you need to know each week: The This is Money podcast

Want to know the most important things you need to know about money each week, what has caught our interest and what made us laugh? Listen to the weekly This is Money podcast.

Press play to listen to this week’s full episode below, or listen (and please subscribe you like the podcast) at iTunes, Acast and Audioboom or visit our This is Money Podcast page.