HSBC and other British firms are facing a backlash for supporting Chinese national security laws in Hong Kong that critics say erode the city’s freedoms.

Banking groups HSBC and Standard Chartered and trading houses Swire and Jardine Matheson have publicly declared their backing for the draconian legislation.

In a barbed comment directed at HSBC, leader of the House of Commons Jacob Rees-Mogg suggested the bank may be ‘more closely aligned to the Chinese government than Her Majesty’s Government’. 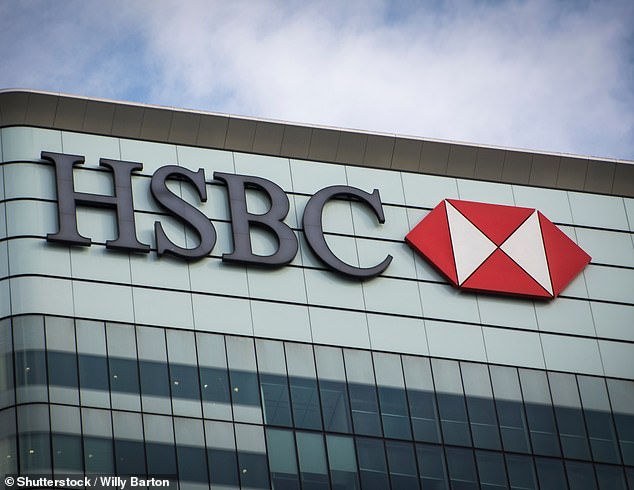 Question of allegiance: Banking group HSBC has publicly declared its backing for the draconian legislation in Hong Kong

Founded in Hong Kong in 1865, HSBC has had a fractious relationship with the UK since moving its headquarters to London with the takeover of Midland Bank in 1993.

Several times since then, it has been perceived to have dangled the threat of its relocation back to Hong Kong – which would mean the UK missing out on the £2billion of taxes it pays each year – in front of the Government in order to win concessions.

Although HSBC has said all conversations about moving its headquarters out of London are off the table, its stance on Hong Kong could further sour relations with the UK.

Boris Johnson this week condemned the Chinese legislation as ‘dramatically eroding the autonomy’ of Hong Kong. And in the House of Commons yesterday, Rees-Mogg said: ‘The behaviour of [HSBC] is of course a matter for that corporation, but it may be that it is more closely aligned to the Chinese government than Her Majesty’s Government.’

MPs and campaigners have lined up to criticise British companies for siding with Beijing.

Tory MP Tom Tugendhat, chairman of the Commons foreign affairs committee, said: ‘I wonder why HSBC and [Standard Chartered] are choosing to back an authoritarian state’s repression of liberties and undermining of the rule of law?’

Labour peer Lord Adonis said: ‘Utterly disgraceful action by HSBC, apparently supporting Xi Jinping’s suppression of Hong Kong. I intend to take this up with the chairman and chief executive of HSBC in London. And with HSBC’s major shareholders.’ Tory MP Neil O’Brien said: ‘If you bank with HSBC you are with a bank that is backing Beijing’s repressive new security laws, designed to snuff out freedom in Hong Kong,’ adding that: ‘Other banks are available.’

Matthew Henderson, Asia Studies director at foreign policy think tank, the Henry Jackson Society, said: ‘It is disappointing that an international institution that — throughout its existence — has benefited from Hong Kong’s freedoms and opportunities, now feels obliged to collaborate with forces that are bent on the destruction of those same freedoms. 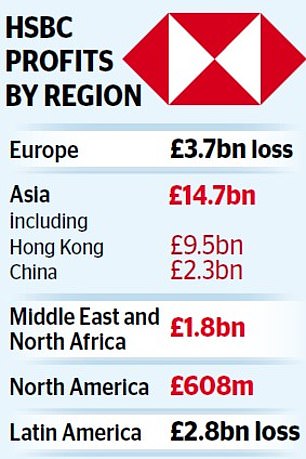 Firms’ support for the Beijing-backed legislation puts them at odds with the Government, which has offered almost 3m Hong Kong citizens visas to the UK so they can escape the national security laws, seen by many as the most serious threat to the ‘one country, two systems’ agreement that has insulated Hong Kong from Beijing interference since Britain returned the territory to Chinese sovereignty in 1997.

But both HSBC and Standard Chartered said they were supporting the law, which will drastically broaden China’s power over the territory, in order to help retain economic stability in Hong Kong and ensure its recovery from the Covid-19 pandemic.

Experts said the banks did not want to lose access to Asia, where they make a large portion of revenue, by angering the region’s superpower of Beijing.

HSBC said: ‘We respect and support laws and regulations that will enable [Hong Kong] to recover and rebuild the economy and, at the same time, maintain the principle of ‘one country two systems’.’

‘The ‘one country, two systems’ principle is core to the future success of Hong Kong and has always been the bedrock of the business community’s confidence’.