A limited-edition McLaren road car with a gold-plated engine bay has become the British manufacturer’s most expensive vehicle to ever sell at auction.

The 1994 McLaren F1 LM – standing for Le Mans – went under the hammer on Friday during RM Sotheby’s Monterey auction in California – which is widely regarded as the calendar’s biggest and most expensive sale of collectible vehicles.

Before the auction, the unique car had been given an estimated sale price of $21million to $23million – the higher of which would have made it the most expensive British-built car to sell at auction in history.

However, the hammer dropped well below that landmark figure, though the winning bidder paid a staggering $19.8million (£16.2m).

While it missed out on the overall British-car record, it was still the most money anyone has ever handed over for a McLaren sold at auction. 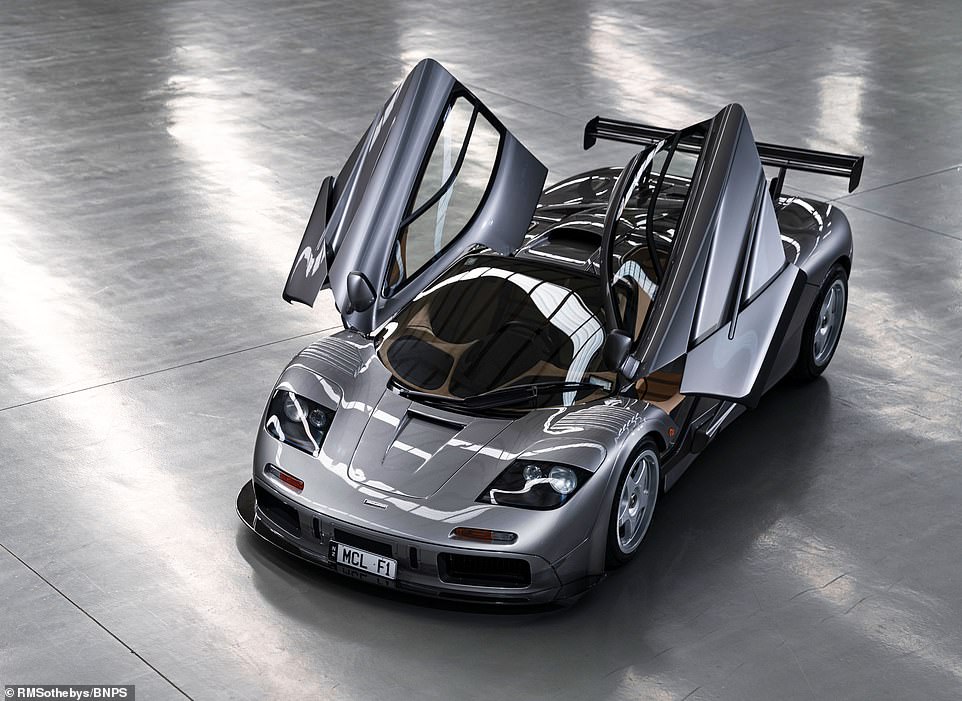 Going for gold: This limited-edition F1 LM has become the most expensive McLaren ever sold at auction 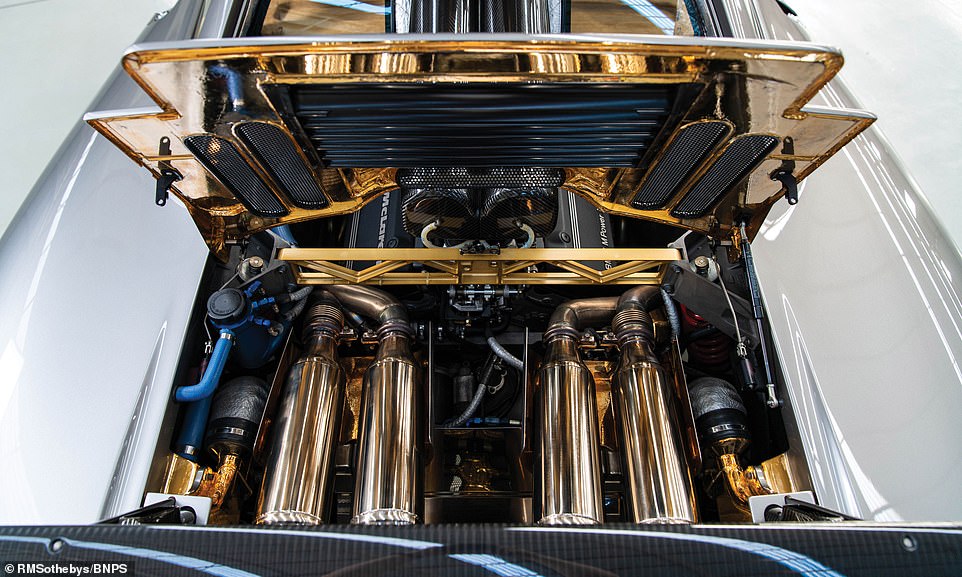 Its party piece is the gold-lined engine bay. The precious metal helps to dissipate the generated by the ferocious 6.1-litre engine 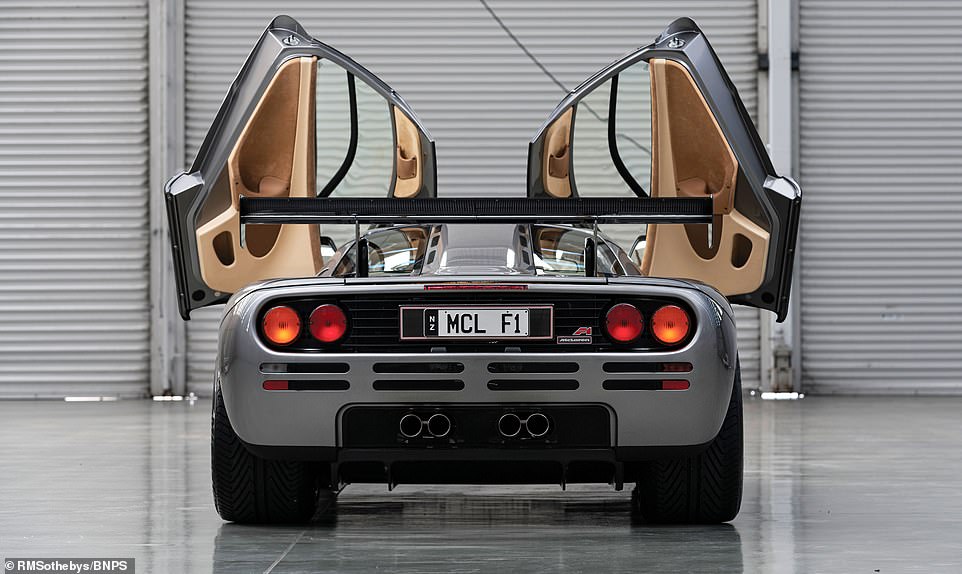 Just 106 McLaren F1 road cars were built, though this one is like no other.

The silver two-door supercar spent the first six years of its life as a standard F1 but was upgraded by McLaren to the LM specifications – usually reserved for the car firm’s endurance racers – in 2000.

It is one of just two road cars to be given the LM specifications by McLaren and was awarded the honor in tribute to the car’s victory in the 1995 24-hour Le Mans race.

In order to bring the car up to LM spec, its V12 680bhp engine was upgraded, as were its brakes and exhaust system.

But the standout modification was the incredible gold-coated engine bay.

The upgrade isn’t just for aesthetics – the precious metal helps to dissipate the heat that is generated by the 6.1-litre engine, therefore improving performance over prolonged periods. 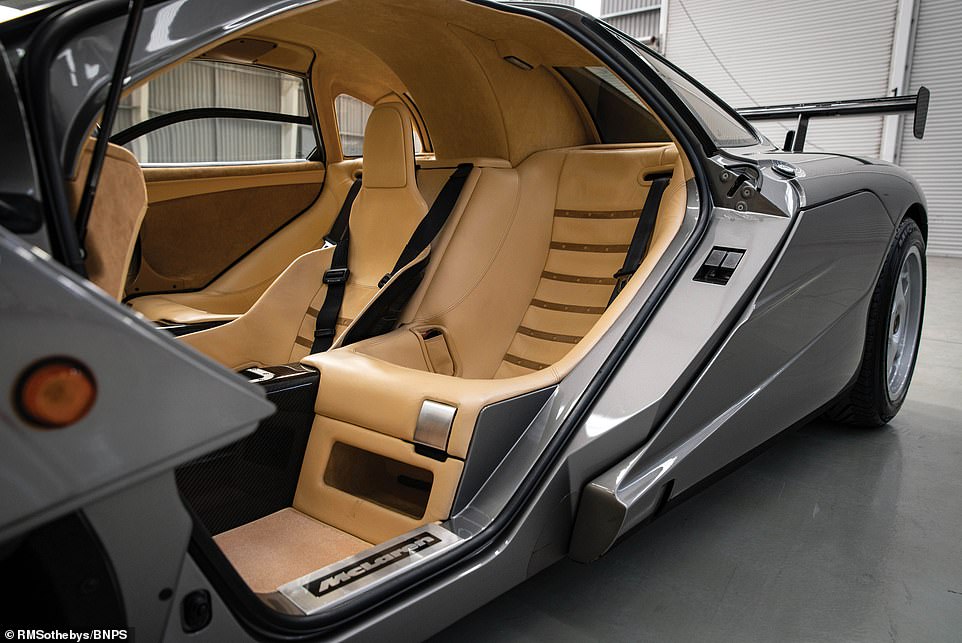 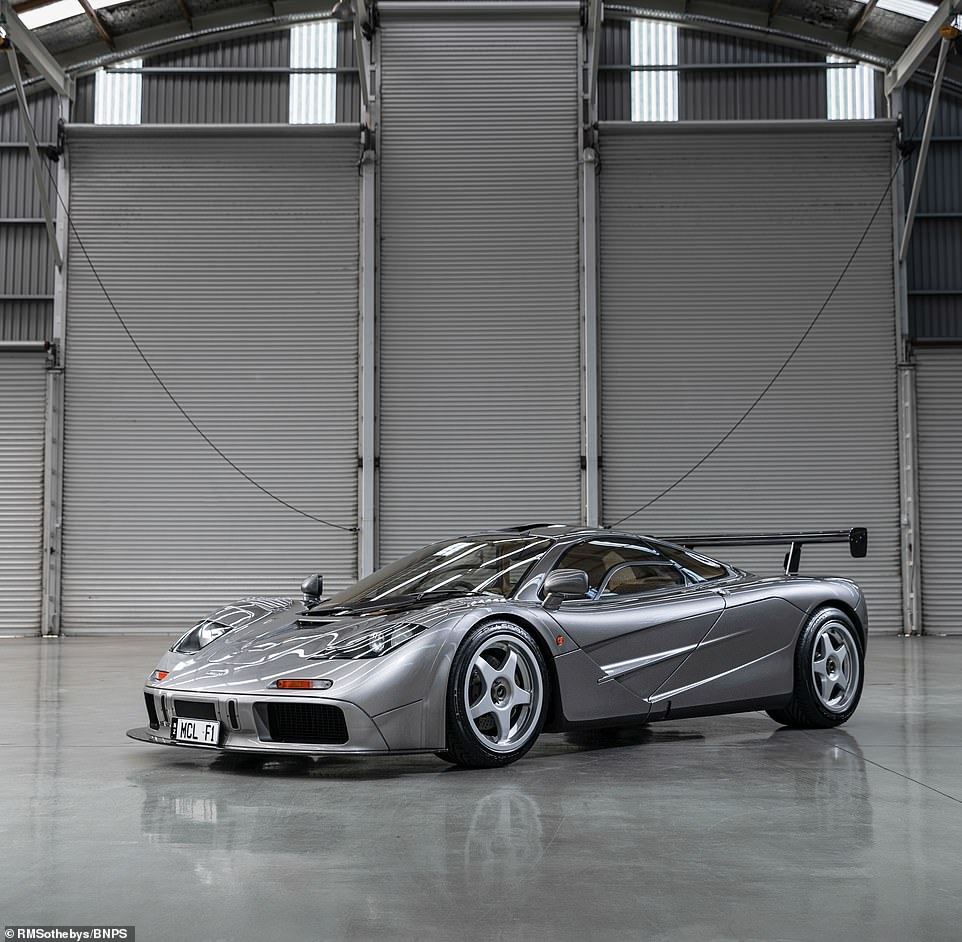 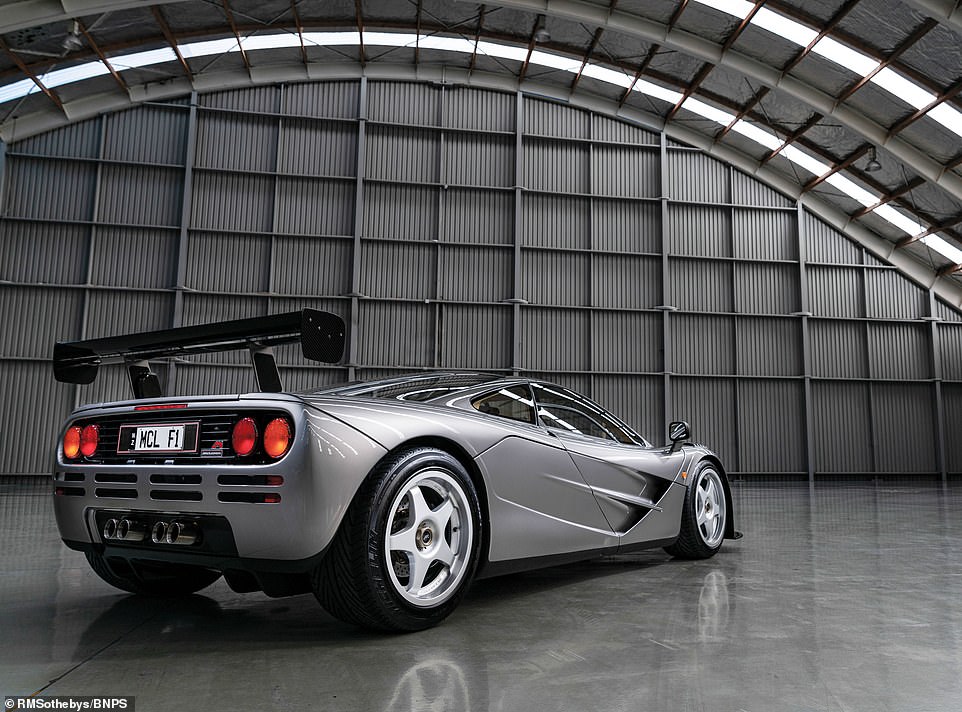 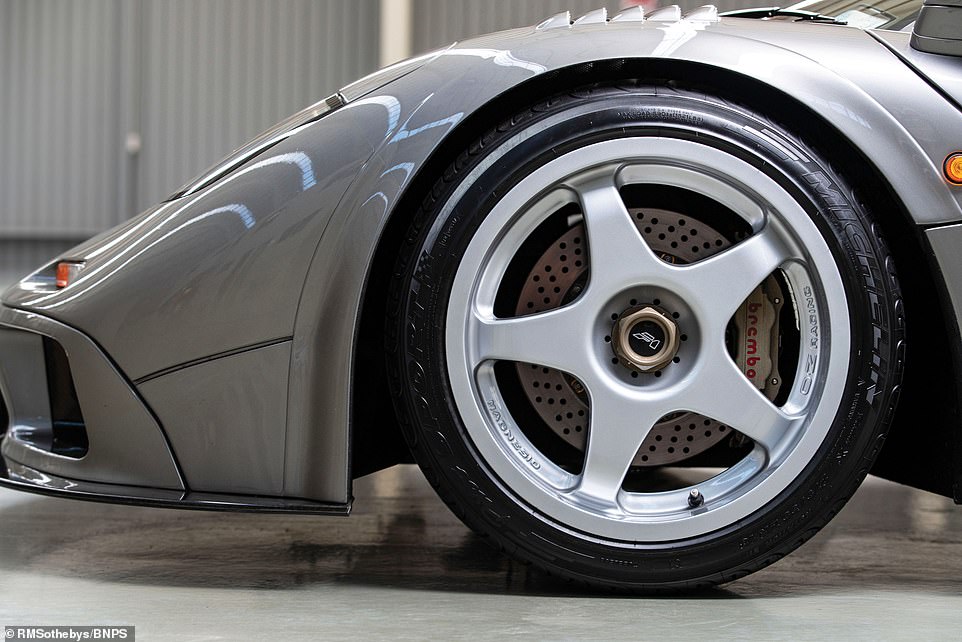 It was given the Le Mans specification by McLaren, after one won the famous 24-hour race in 1995 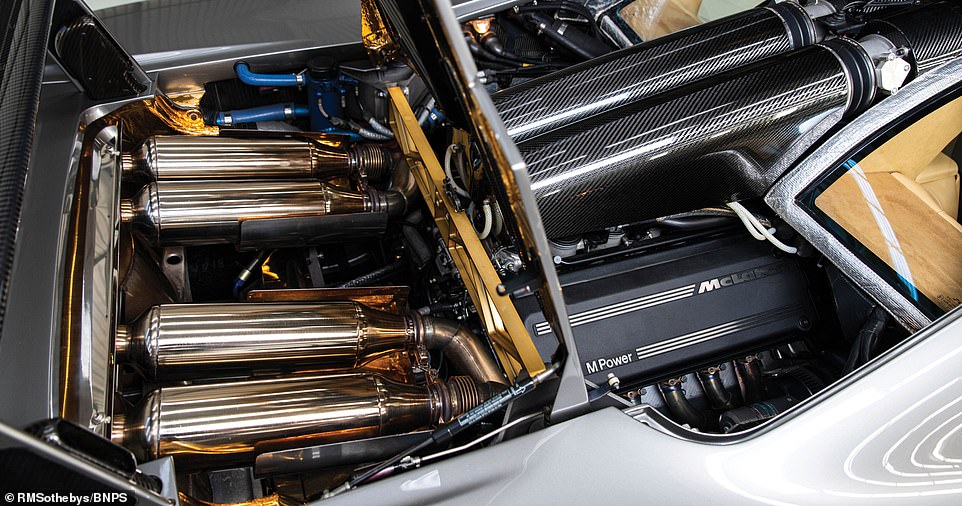 While the performance mods have made it accelerate, turn and stop like a ferocious racer, McLaren also went to work to make it more comfortable for use on the road.

It upgraded the air-conditioning, a radio was added to the CD player and the headlamps were changed to gas-discharge units.

Alexander Weaver, a car specialist with RM Sotheby’s, had described the one-off vehicle as ‘the ultimate supercar’, adding that it had ‘long been regarded as the benchmark by which all others are compared’.

He added: ‘This particular example has always been my favourite and one that is widely regarded as the most desirable of all specifications.

‘No other car stirs more emotions and evokes more excitement.

‘The level of ownership exclusivity and ‘holy grail’ admiration associated with the F1 is second only to the Ferrari 250 GTO, making this an excellent follow up to our 2018 sale.

‘It truly is an opportunity not to be missed.’ 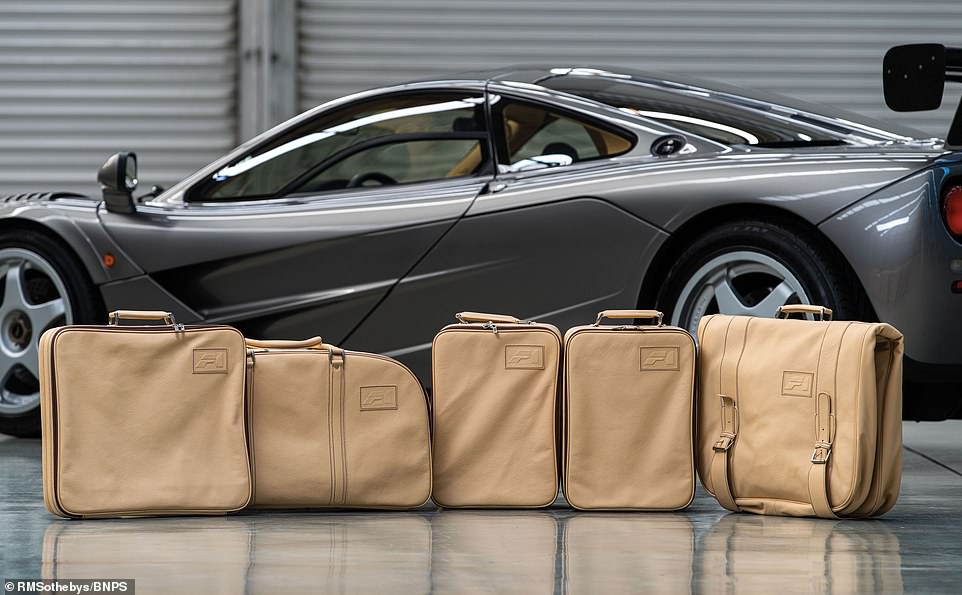 Interest was high in the stunning car and if you manage to win the auction. The winning bidder also got a bespoke luggage set 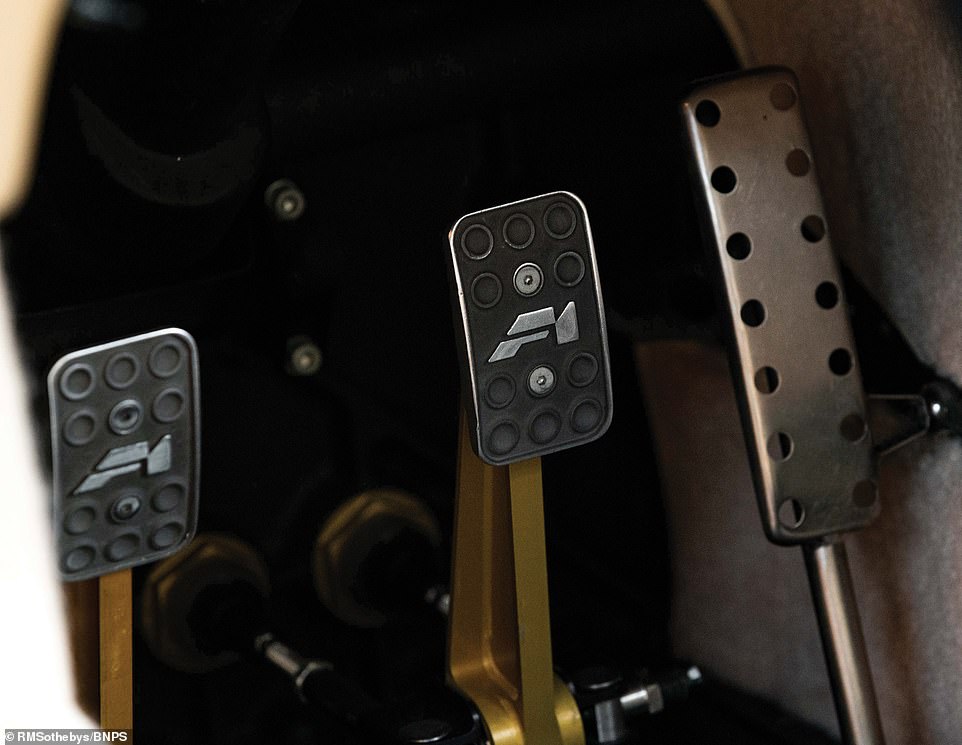 Alexander Weaver, a car specialist with RM Sotheby’s described it as ‘the ultimate supercar’ 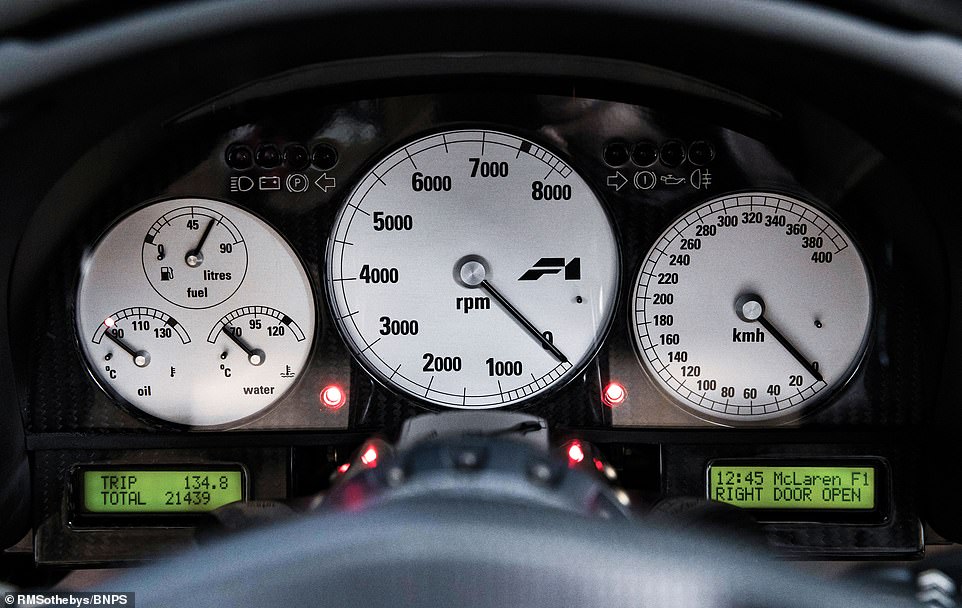 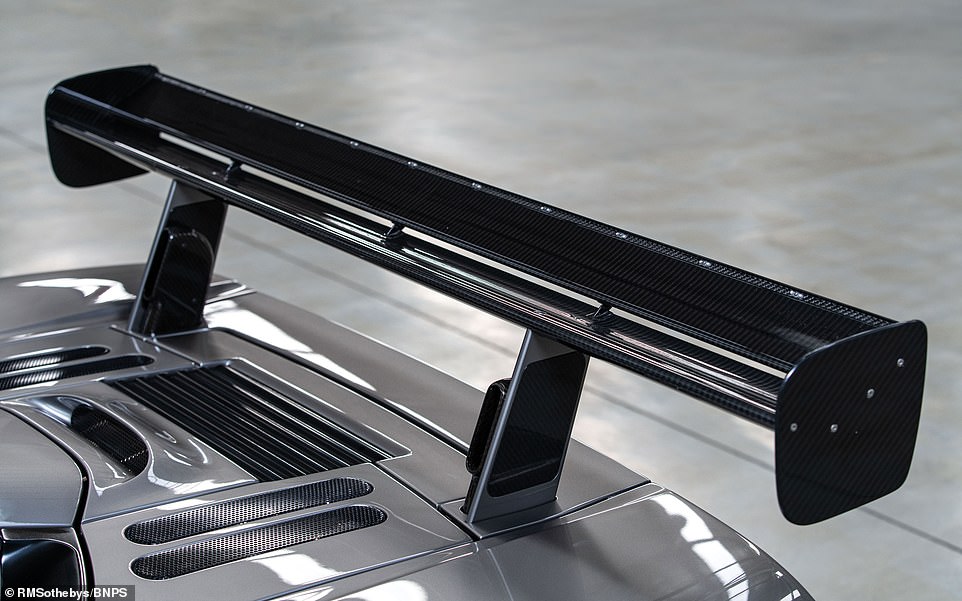 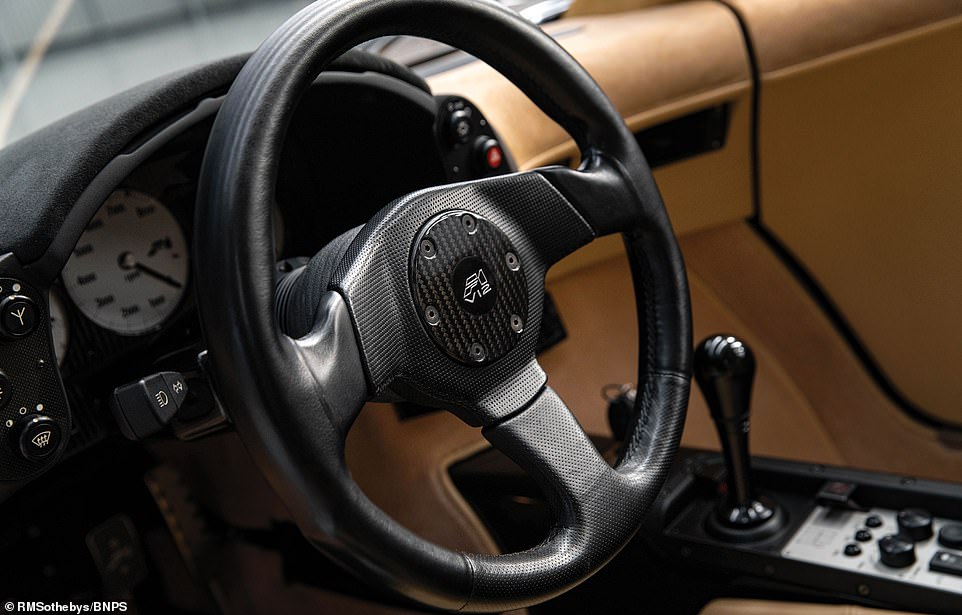 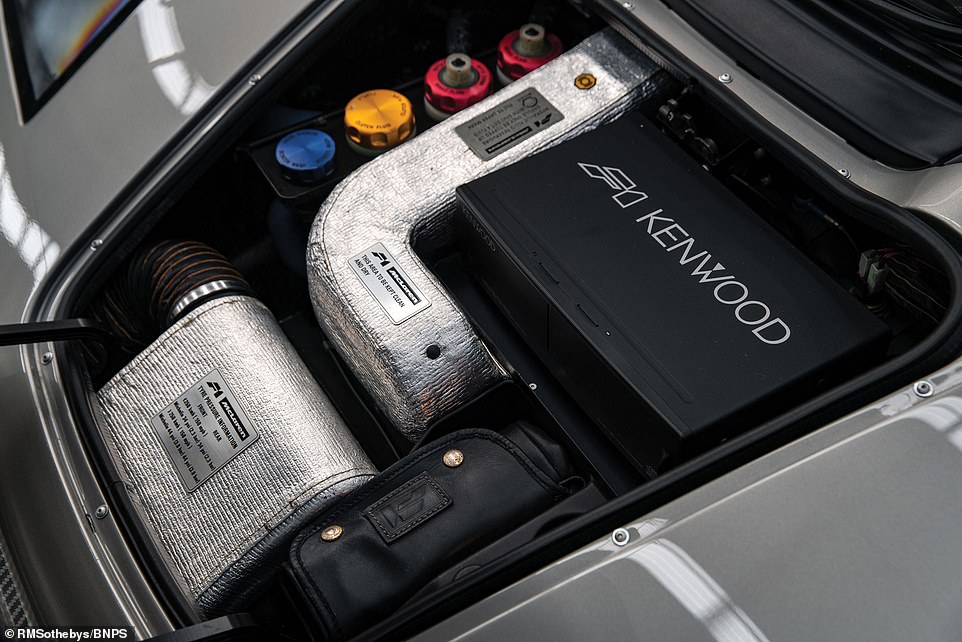 READ  The Importance of Tradelines To Your Business

As well as setting a new record for the marque, the F1 LM has also become the third most expensive British motor ever sold to a highest bidder.

The mantle of the priciest goes to a 1956 Aston Martin DBR1 which sold for £18.4million in August 2017 and a 1955 Jaguar D-Type which sold for £17.9million a year earlier – both at the annual RM Sotheby’s Monterey showpiece sale.

Of the top ten most expensive cars ever sold at auction the McLaren will be the only one built later than 1967.

IMF to Argentina’s creditors: you must share the pain

David Stevenson: the real virus shock may yet shake markets

Oil up on slowing pace of coronavirus, Venezuela sanctions