Surge in heart attacks when pollution is high – as dirty air ‘kills 36,000 a year’

New research by King’s College London found dirty air contributes to up to 36,000 deaths in England every year.

It found on high pollution days – days when pollutant levels were in the top half of the annual range – there were an extra 124 cardiac arrests on average.

The figure discounts cardiac arrests suffered by patients already in hospital and is based on ambulance call data.

Their research also found there was an average of 231 additional hospital admissions for stroke, with an extra 193 children and adults hospitalised for asthma.

“As these new figures show, air pollution is now causing thousands of strokes, cardiac arrests and asthma attacks, so it’s clear that the climate emergency is in fact also a health emergency,” he said.

Air pollution is now causing thousands of strokes, cardiac arrests and asthma attacks, so it’s clear that the climate emergency is in fact also a health emergency

He added the NHS needed to radically reduce its own carbon footprint, as well as adapting its supply chain and transport to do its bit to cut pollutants.

The risk was found to be greatest in London, where high pollution days cause an extra 87 cardiac arrests on average, an extra 144 strokes as well as 74 children and 33 adults hospitalised for asthma.

These cities saw an uptick of between two and 14 extra hospitalisations for stroke, and up to 14 extra admissions for asthma.

Only Derby did not see an increase in heart attacks on high pollution days.

The research also found cutting air pollution by a fifth would decrease incidents of lung cancer by between five per cent and seven per cent across the nine cities surveyed.

Dr Heather Walton, health expert on the project at Environmental Research Group, King’s College London, said: “The impact of air pollution on our health has been crucial in justifying air pollution reduction policies for some time, and mostly concentrates on effects connected to life-expectancy.

“However, health studies show clear links with a much wider range of health effects.”

The figures were published ahead of the International Clean Air Summit this Wednesday hosted by Mayor of London Sadiq Khan and the UK100 this week.

A glass of wine a day is worse for the heart than binge drinking, study says

Women ‘should get cancer screening in lunch breaks to boost uptake’

Girl, 4, left fighting for life with E.coli after trip to petting zoo

The UK100 is a network of local government leaders, who have pledged to help their communities shift to 100% clean energy by 2050.

The full report is due to be published in November. 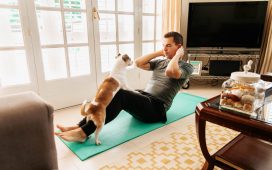 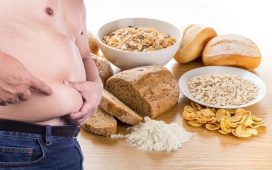