One was from the University of Michigan, the other from MIT. Both met in the US, walked their talk, and decided to take a shot at the world of emerging technologies.

In Hyderabad, MIT grad Anirudh Sharma and his Michigan friend Krispian Lawrence put their best foot forward into the wearable technology space, not knowing then that their first baby steps would create the world’s first haptic technology footwear LeChal (take me along) for the visually challenged. Their footwear now ‘talks the walk’.

Twelve years after Lawrence quit his well-paying job as a US patent prosecutor to return to India, his father Christopher Lawrence continues to jokingly call his son a ‘mochi’. Lawrence doesn’t disagree with his dad. “I am a high-tech mochi,” he laughs.

LeChal helps the visually impaired to navigate with the help of high-end sensors and vibration motors embedded inside the pods of soles that guide the wearer in the right direction. An app connects with the footwear or insoles via Bluetooth. “Simply connect your smartphone and our insoles using Bluetooth control via our Ducere app. The insoles and phone talk to each other. The wearers can set a destination on their smart phone and the insoles vibrate left or right to indicate which way to turn. Like a tap on the shoulder, LeChal’s gentle vibrations at your feet guide you invisibly but intuitively,” says Lawrence.

Lawrence and Sharma’s Ducere Technologies has shipped 25,000 orders for LeChal insoles to 70 countries. North America is their largest market. The product is priced at Rs 3,000. “Our challenge was to find a simple solution to a problem few had thought to tackle and our answer lay in haptics or the technology of touch,” Lawrence says.

Ducere has also developed a technology that measures 40 parameters of gait and balance to prevent falls among the elderly. LeChal insoles come with in-built accelerometer, gyroscope, magnetometer and pressure sensors. “It provides the user with analysis of the user’s gait, the app relays information on their health and provides a daily workout schedule to improve their health. It is designed to enable the elderly to selfadminister fall risk assessments and to provide exercise suggestions that improve their mobility,” Lawrence says. If the elderly are in danger of falling, a detection feature embedded in the insoles will communicate to the phone and send out an alert to get help.

A recent validation study conducted at a leading medical research university in the US found data from LeChal insoles to be within gold standard precision, an average accuracy of 96%. 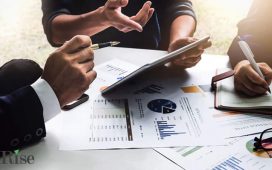 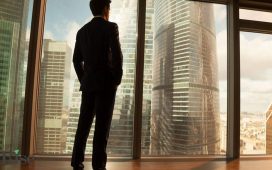 Independent Directors, the governance-guardians of the board, need to revitalise their role