Target has a new loyalty program with personalized perks up its sleeve.

The discount retailer has plans to take a revamped loyalty program that’s been in somewhat of a stealth mode in Dallas since March to five new markets on Feb. 19: Charlotte, North Carolina; Denver, Indianapolis, Kansas City and Phoenix.

The program is free to members and doesn’t require a Target credit card to sign up. It offers perks like 1 percent back on all Target purchases to redeem later on, and will give out rewards on customers’ birthdays — something Target hasn’t tried before but brands like Starbucks and Panera Bread have. The rewards will be customized based on shopping behavior, with Target determining if the recipient would be more likely to want clothes, a DVD or maybe more groceries.

Then there’s a unique component: The loyalty program also lets shoppers choose which local nonprofits Target should donate toward. In the Dallas market, for example, Target said loyalty members have already directed $250,000 in donations to about 50 organizations.

“We wanted a program that was … not just about collecting points to get savings,” Chief Marketing Officer Rick Gomez said. “We think this is a much bigger platform to build relationships with our guests.”

Other perks of Target’s new program, called Target Circle, include free next-day delivery via its Restock service, where customers can place up to 45 pounds of everyday essentials like paper towels or shampoo in a box, and 50 percent off a one-year membership to Target’s same-day delivery service Shipt.

Without taking them nationwide, Target has tested other loyalty programs, like Cartwheel Perks, which it ended in 2017, saying it was “making adjustments” based on customer feedback. Gomez said the company is still looking to perfect everything before integrating it into Target’s main mobile app all across the U.S.

READ  Rockeries are back in fashion, say British garden centres

“I think this strategy is a way for us to grow,” Gomez said, adding that the typical U.S. household has memberships to 29 loyalty programs, but fewer than half are “active” accounts. “Americans love loyalty programs.”

As a retailer, it pays to have loyal customers. Literally.

Nearly 40 percent of customers who consider themselves “loyal” to a retailer say they will spend more on a product from their favorite store, even if it’s cheaper somewhere else, according to a survey by Yotpo, which works with digitally native brands like Untuckit, Away, Adore Me and Chubbies to help with marketing and building their websites.

Then, 52 percent of loyal customers say they’d be willing to join some sort of rewards program, if they’re presented with the option, Yotpo’s survey of 2,000 U.S. shoppers over age of 18 found.

Other companies investing in or revamping their loyalty programs include Nordstrom, Macy’s and Nike. Nordstrom’s “The Nordy Club,” which launched last fall, gives members access to special clearance days, style events and beauty workshops, based on their annual spending.

“Brands can no longer settle for the typical loyalty program because Amazon Prime has upped the ante,” Yotpo executive Raj Nijjer said. “Companies have to take into account that the days of loyalty programs where ‘one size fits all’ and ‘set it and forget it’ are over.”

Not all retailers are going this route. Some of the biggest, like Walmart, don’t offer rewards programs. Instead, Walmart hopes its low prices and massive store presence across the country will be enough to keep consumers coming back. 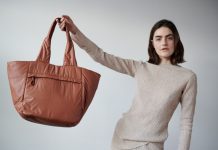 'We do hope this inspires others,' handbag CEO says about making masks for workers, consumers 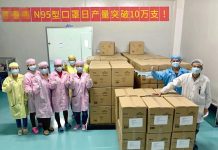 Co-op curbs sale of knives in response to rising crime