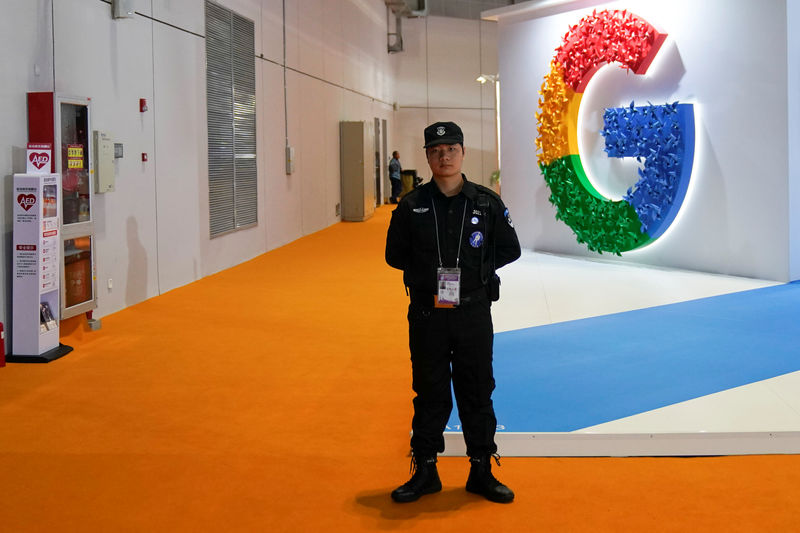 © Reuters. A Google sign is seen during the China International Import Expo (CIIE), at the National Exhibition and Convention Center in Shanghai

BRUSSELS (Reuters) – Google (O:), Amazon (O:), Apple (O:) and other tech giants face one of their biggest challenges this week as a key EU lawmaking committee prepares to take a tough stance on legislation designed to curb their power and boost the rights of businesses.

In a bid to ensure a level playing field between the tech companies and bricks-and-mortar businesses, the European Commission in April drafted rules to prevent unfair business practices by app stores, search engines, e-commerce sites and hotel booking websites.

These include forcing search engines such as Google to provide information on how they rank products and services in internet search results. Europe’s telecoms industry has also seized the opportunity to lobby for tougher rules for internet rivals.

The proposal, known as the platform-to-business regulation (P2B), needs to be approved by EU countries and the European Parliament before it can become law. Lawmakers, under pressure to be seen as consumer-friendly ahead of May elections, have come up with numerous amendments to beef up the draft.

Key among these are one proposed by Danish centre-left lawmaker Christel Schaldemose, the lead parliament negotiator, which takes aim at online marketplaces such as Amazon which critics say use their merchants’ data to make copycat products.

Schaldemose wants these companies to set up Chinese walls between subsidiaries and to get merchants’ consent before their data can be used. Her compatriot, European Competition Commissioner Margrethe Vestager, is also looking into the issue.

Lawmakers have also come up with a list of unfair trading practices which they want to ban, and also proposed more powers for national authorities to go after rule breakers.

Tech lobbying group CCIA, whose members include Amazon, Facebook (NASDAQ:), Google and eBay (NASDAQ:), said lawmakers should not be too hasty in clamping down on the sector.

“Intrusive rules in a one-size-fits-all regulation make little sense for a sector as diverse as online services. That is why both Commission and Member States support a measured approach based on transparency,” CCIA vice president Jakob Kucharczyk said.