Tech stocks are diving, and traders have never been more scared of a massive meltdown – Business Insider 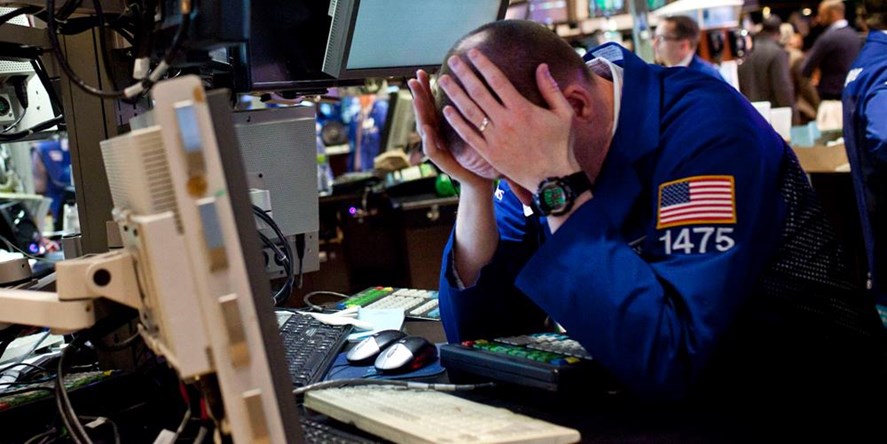 Fresh off a rough week as the worst-performing group in the
S&P 500, tech stocks are
still feeling the pain.

Much of the selling pressure stemmed from weakness in the
components of the so-called FAANG group – consisting of Facebook, Amazon, Apple, Netflix, and Google. Those companies hold large
weightings in major equity indexes, and exercise outsized
influence on the broader market.

Also likely weighing on investor sentiment are reports that
Democratic senator Mark Warner is charging ahead with proposals
that would result in more tech regulation. Further, in a note to
clients on Monday morning, Morgan Stanley chief US equity
strategist Mike Wilson said the tech sector is showing signs of
“exhaustion.”

Based on one gauge of market anxiety, investors are historically
spooked. A measure called skew, or the premium options traders
are paying to protect against a loss in the PowerShares QQQ Trust ETF over
the next month, relative to wagers on an increase, has spiked to
its highest level on record. (Note: QQQ is designed to track the
Nasdaq 100.)

In other words, investors have never been more defensively
positioned for a possible tech meltdown. 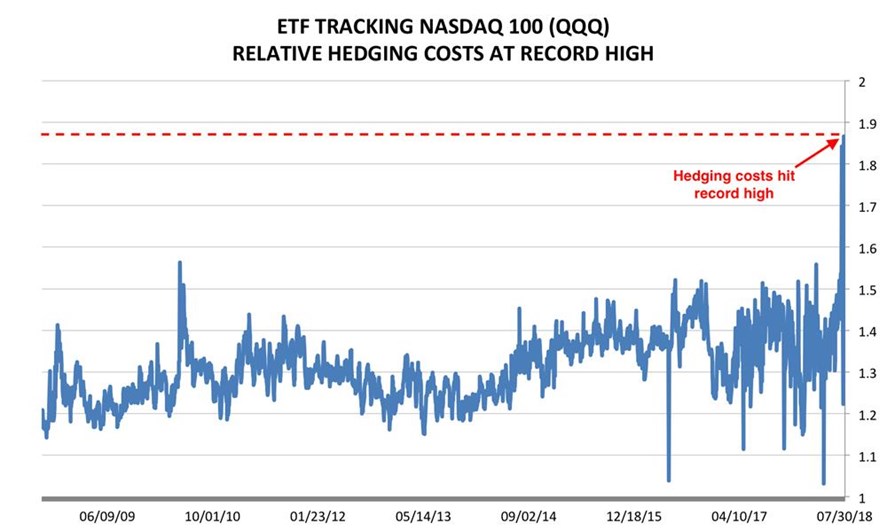 This nervousness may actually turn out to be a saving grace for
the market, however, since the surge in hedging costs shows
investors are braced for the worst. After all, one-month skew was
never this elevated – even at the height of the tech bubble, when
downside protection was needed most. Theoretically, this type of
preemptive behavior could help stem a possible selloff.

For further evidence of tech’s importance to overall market
strength, look no further than the impact it’s had on the S&P
500’s return this year. The index’s top 10 contributors have
accounted for 62% of the benchmark’s 7% year-to-date return,
according to Goldman Sachs data. Of those 10
companies, nine are in the tech sector.

Until tech’s iron-clad grasp on US stock indexes loosens, expect
deep swaths of selling – such as the one seen on Monday – to
continue roiling markets. But at the same time, find comfort in
the fact that so much hedging is going on, and perhaps consider
doing it yourself.