If there’s one area where there’s real excitement about the improvements in our lives which advances in artificial intelligence could bring, it is healthcare.

On Tech Tent this week we ask whether, amidst all the hope and hype, real innovations are beginning to transform the way patients are treated.

At Oxford University’s Said Business School, some of the leading thinkers in AI research – from the university and beyond – gathered this week.

There were fascinating discussions about everything from autonomous cars to the way AI is transforming the finance industry. But the panels on healthcare drew big crowds and a sense that researchers were on the cusp of delivering concrete results which will soon begin to be seen in hospitals.

We speak to three Oxford-based scientists working across academia and the commercial world to use AI in medicine.

Michalis Papadakis is chief executive of Brainomix, whose technology is already entering hospitals to help doctors in the diagnosis and treatment of strokes after years in the laboratory.

He says there is huge potential to improve outcomes for stroke patients: “Currently every 30 minutes, a stroke patient who could have been saved, dies or remains permanently disabled, not because of the stroke, but because they’re admitted in a hospital that doesn’t have the expertise to diagnose and select the patient for a life-saving treatment path.”

His product, developed with data from thousands of brain scans, helps doctors interpret images and make the fast decisions that are needed when it is suspected that a patient has suffered a stroke.

“We have shown that the sensitivity of physicians when they use the tool increases significantly their ability to diagnose and detect stroke damage on the scans compared to how they’re doing it now manually.”

He admits that the biggest challenge is getting doctors to adopt this new way of working.

For Antoniya Georgieva – whose research involves monitoring babies in the womb – that is still some way off.

She is ten years into a project which again has depended on gathering a vast store of data, in this case from foetal monitoring units in labour wards in Oxford dating back to 1993. The aim is to automate the process where doctors and midwives can be alerted to the rare cases when a baby is suffering breathing problems and could end up suffering brain damage.

“We are taking the burden from having to look at complex graphs, complex information that takes time, that humans are just not so good at.”

Instead, her system monitors all those graphs and tells the human experts exactly when they need to be worried.

A computer scientist who has based herself in a hospital for ten years and learned as much as she can about medicine, Dr Georgieva is not going to rush to turn her research into a commercial venture. She stresses just how complex the interaction between her algorithms and the mass of physiological data is – and how long it takes to be clear that the AI system is producing better outcomes.

Even earlier on the path from AI ideas to real world products is the work of Charlotte Deane, Professor of Structural Bioinformatics at Oxford University. She and her doctoral students are looking at the problem of using AI in drug discovery, the lengthy and expensive process of creating new medicines.

With a new drug taking as long as 30 years and costing as much as $2bn (£1.6bn) to develop, she says even if AI could cut that by 10% that would make a huge difference.

Prof Deane says the hype around AI is not helpful but progress is being made: “The challenges are really huge, because biological data is noisy and difficult to deal with. But the algorithms we now have are starting to give us the opportunity to make a real difference.”

She does however face one problem in her own research – her doctoral students keep getting hired by the biotech companies clustered around Oxford. Still, the close links between the university and commercial researchers are making this city a small but determined powerhouse in the global battle to revolutionise healthcare through AI.

Also on the podcast this week: 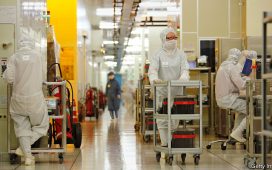 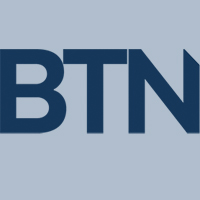