Tesco's new loyalty scheme, Clubcard Plus, is set to launch in time for Christmas


Tesco’s new paid-for loyalty scheme, Clubcard Plus, will launch on Friday 8 November the supermarket giant has revealed – leaving customers plenty of time to sign-up in time for their Christmas shop.

The new Clubcard will be a subscription service costing shoppers £7.99 a month.

In return, they will receive 10 per cent off two big shops a month up to a maximum value of £200 each and ten per cent off selected Tesco brands in-store – potentially ‘saving’ customers £264.12 a year.

However, at today’s launch, it revealed that it cannot be used for online shops and only those with its smartphone app can take advantage. 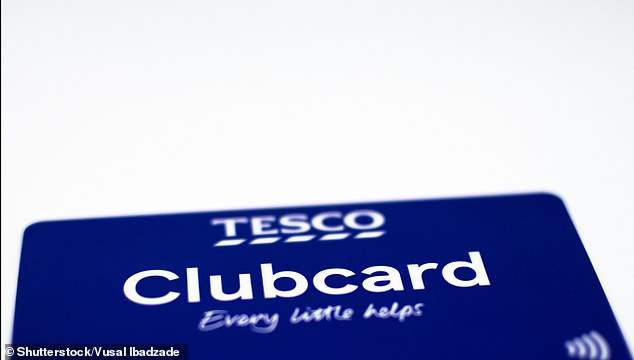 It also revealed that Tesco Mobile customers could benefit the most from signing up to the service as they will also receive double data on their mobile phone contracts when joining.

Therefore, any new or existing customer who has 2GB, for example, will then be upgraded to 4GB with no extra cost – aside from the subscription fee.

The supermarket giant also revealed that a new Clubcard Plus credit card will be introduced which will offer no foreign exchange fees for Clubcard Plus card holders as well as 0 per cent interest on purchases for the 12 months from account opening.

Customers will be able to apply for this card at the start of the New Year.

According to Tesco, this is the first time a loyalty scheme has brought together the various components including groceries, mobile and banking – something which takes up nearly 70 per cent of all household expenditure.

Dave Lewis, chief executive of Tesco, told This is Money at the launch event: ‘There is a strong history of innovation at Tesco. This new scheme is customer-centric and is looking to add value for them.’

One of the main changes in the scheme is that it will be app-based, which means only those with a smartphone are able to join.

The supermarket chain decided to do this in an effort to digitise the scheme – something Nectar has also recently decided to do.

Therefore, when customers are looking to use their ten per cent off on a shop, they can scan the barcode on their Tesco Clubcard Plus app at the till. They decide when they want to use it and on what.

Tesco chief customer officer Alessandra Bellini said: ‘We wanted to make it easier for the majority.

‘We found that with our current scheme, people forget their cards or fobs so putting it on a smartphone means it’s something that everyone has with them all the time.’ 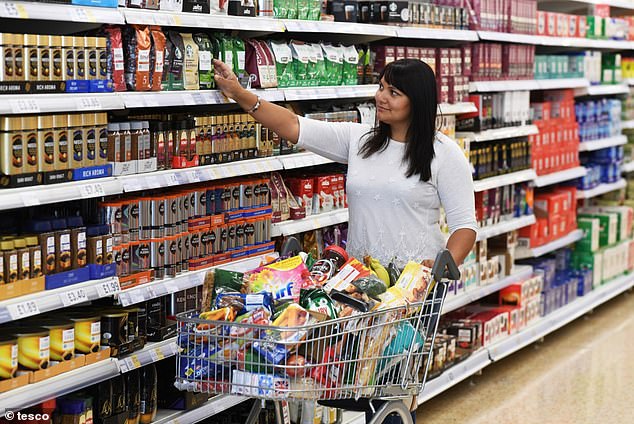 Since the original Clubcard upgraded to digital in 2018, there has been an ‘amazing uptake’ from customers, Bellini claimed.

However, consumers will be unable to use this offer retrospectively i.e. if they forget to scan at the till, they are unable to claim the discount again later.

Some exemptions also apply including being unable to get 10 per cent offer when used in conjunction with other offers such as 25 per cent off six bottles of wine.

However, it can be used on alcoholic purchases. It can’t be used on fuel purchases, cigarettes or lottery tickets.

Another difference is that customers can only use the scheme in-store meaning those who have online deliveries are unable to access the same benefits.

Tesco do have a delivery saver plan, however, where customers pay monthly for cheaper next day deliveries which has the potential to be included in the Clubcard Plus scheme in the future.

Britain’s biggest supermarket said it could also work with other partners to give customers further savings in the future but its main focus is the in store bonuses for now.

As of now, ‘drastic Dave’ Lewis said that there was currently no uptake target and that the scheme was not being introduced in an effort to counteract competition for budget supermarkets such as Aldi and Lidl.

Customers signed up will be able to cancel their subscription at any time and Tesco’s original Clubcard scheme will continue as normal.

Clubcard Plus card holders will also still be able to gain points with their shops as they do with the standard Clubcard.

Tesco first launched Clubcard in 1995 and re-launched it in 2018 with contactless cards, an improved app and more rewards partners.

One concern for customers is the way that the supermarket uses their data – Tesco claims it uses the ‘wealth of data’ it has to make to sure that vouchers for customers are relevant as possible.

Lewis said that the data it collected showed every family shops about once a week but that every household is different in how much and what they buy.

It said the main way it uses customer data it collects from Clubcard users is to tailor further deals to their needs, for example, if it sees that someone is spending a lot on a certain item, it may then give that person a voucher towards that.

How does it stack up?

Tesco has launched this monthly paid-for Clubcard in a bid to boost loyalty.

Two weeks ago, This is Money crunched the figures to see if the offer could be worthwhile.

It is worth pointing out that while it could potentially shave £40 a month off of two shops (2 x £200 shops) groceries could be cheaper elsewhere.

While there is no minimum spend on the big shops, there is a maximum discount available of £20 per shop or £40 in any one month.

This essentially means you could benefit from a £32 monthly saving – or £384 a year – if you did two £200 shops fortnightly with the supermarket giant, taking the monthly fee into account.

However, if you spend significantly more than £200 per shop, you may not notice the benefits as much as those who spend less.

This is Money found that for those spending £50 or over a month, the savings could be worth it but for anyone who is likely to spend under that, the card is not worth the money.

Boost for fashionistas…Bicester Village bounces back to life

3 Areas to Invest in the US