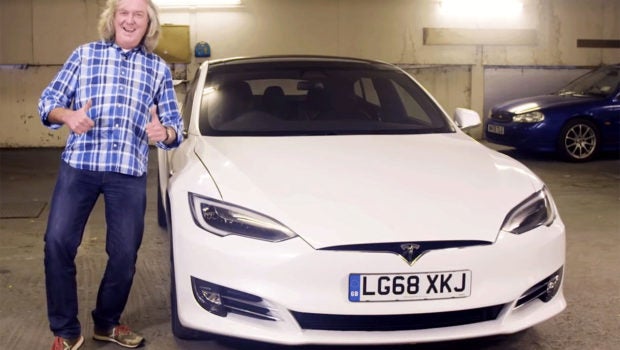 In the early days of Tesla, though the company had many fans, it also had many detractors. Some of those detractors may have had a vested interest in the company failing. No, I’m not talking about the armies of short sellers who still plague the company and its mission today, but about auto industry competitors and celebrities whose livelihood depended on the status quo. But Tesla’s continued success in manufacturing high-performance EVs has turned some of these critics into fans.

Auto industry legend Bob Lutz has held high-ranking positions at BMW, Ford, Chrysler, and General Motors. He is a self-proclaimed “car guy” with a penchant for muscle cars, a passion for cool designs and an eye on the future. In 2009, Lutz proclaimed that “the electrification of the automobile is inevitable,” and though he was involved in the ill-fated EV1 fiasco at GM, he also championed electric powertrains in the plug-in hybrid Chevy Volt and Cadillac ELR. But over time, perhaps due to lackluster sales of GM’s own dalliances in electrification, Lutz’ faith in a future of electrified vehicles seems to have waned. And he’s gone on record many times with harsh criticism of both Elon Musk the man and Tesla the car company.

You can find many of his diatribes in an earlier CleanTechnica article by my colleague Michael Barnard. But here is a choice quote from Lutz when he appeared on CNBC in September, 2018:

“They will never make money on the Model 3 because the cost is way too high. He’s got 9,000 people in that assembly plant producing less than 150,000 cars a year. … Tesla has no … technological advantage, no software advantage, no battery advantage. No advantages whatsoever.”

Of course, Bob’s numbers and his opinions were way off base. The company went on to deliver nearly 250,000 EVs globally in 2018 and is on track for much larger numbers in 2019, but as for having “no advantages,” how about the cost and technology advantages of the battery gigafactory, the highest owner satisfaction rating in Consumer Reports, the extensive Supercharger high-speed charging network, and one of the industry’s most advanced driver assistance systems? Don’t let the facts get in the way, Bob.

But even Bob Lutz may be coming around on Tesla. In an op-ed for Road and Track magazine, Lutz recently praised the manufacturing quality of the Model 3 in no uncertain terms:

“Not only was the paint without any discernible flaw, but the various panels formed a body of precision that was beyond reproach.”

While Lutz still says he’s not a fan of the company’s business model, he does acknowledge the strides Tesla has made in manufacturing quality. 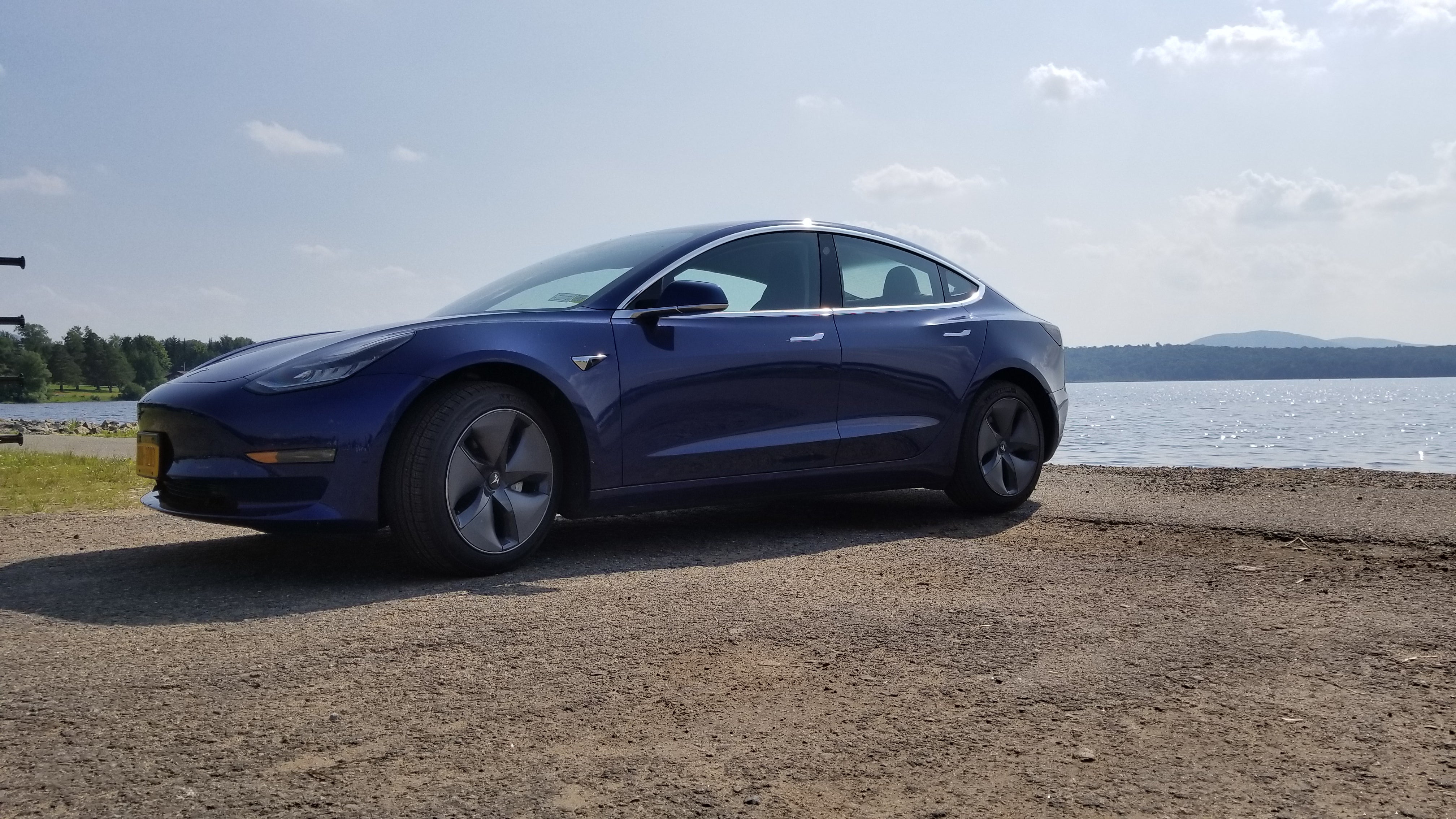 Panel gaps? What panel gaps? Bob Lutz examined a Tesla Model 3 up close and found the quality of the fit and finish to be “beyond reproach.” Photo by Chris Boylan.

Two more early critics of Tesla were James May and Jeremy Clarkson, the controversial pair used to host the British car enthusiast show “Top Gear.” Top Gear typically featured high-performance European sedans and gas-hungry supercars with stratospheric price tags. When the show did a piece on Tesla’s first electric car, the Roadster, Clarkson and May made numerous exaggerated and/or fabricated claims against the EV, saying that the usable range was only about 55 miles, it was prone to frequent breakdowns, and it would take more than 16 hours to fully recharge the battery. Tesla countered with a factual rebuttal and even a lawsuit, but the damage was already done. Top Gear viewers were presented with a less than rosy outlook for EV performance in general and Tesla in particular. 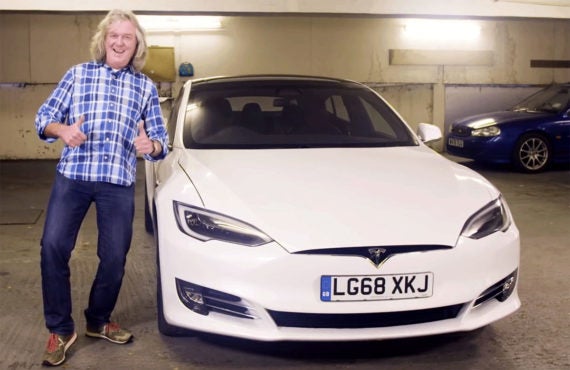 Top Gear, now with new hosts, has had much more positive things to say about Tesla of late, lauding the Model 3 with enthusiastic praise based on its real-world performance against traditional ICE sports cars.

Even Clarkson and May have changed their tune. No longer with Top Gear, the duo now host the show “The Grand Tour.” Last year, Clarkson reviewed the Tesla Model X and found a lot to like about the electric crossover. James May has called the Tesla Model S “the greatest muscle car America has ever produced.” And last week, May posted a cheeky video with his take on the Model S. While he wasn’t blown away by the luxuriousness of the interior, and thought the “boot” was too large (!?), he praised the car’s performance, technology, and infotainment system. In summary, he gave the car two thumbs up, calling it “ludicrously good.”

One by one, Tesla critics are turning into Tesla fans, based on the company’s track record (no pun intended) of delivering electric cars with no compromises. Who will be next? George Clooney? Someone get that guy a new Roadster.

Chris Boylan is an EV and alternative fuel enthusiast who has been writing about technology since 2003. 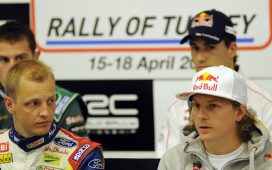 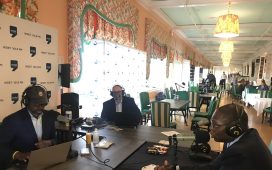 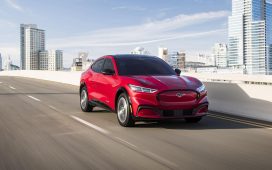 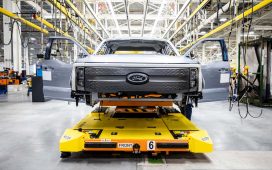 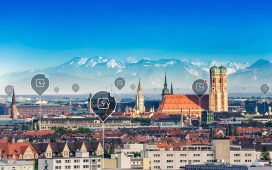