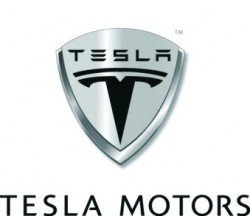 News articles about Tesla (NASDAQ:TSLA) have been trending somewhat positive this week, InfoTrie Sentiment Analysis reports. The research group rates the sentiment of press coverage by analyzing more than six thousand blog and news sources in real-time. The firm ranks coverage of public companies on a scale of negative five to positive five, with scores nearest to five being the most favorable. Tesla earned a media sentiment score of 1.20 on their scale. InfoTrie also assigned headlines about the electric vehicle producer an news buzz score of 7 out of 10, meaning that recent press coverage is likely to have an impact on the company’s share price in the next several days.

Here are some of the news articles that may have effected Tesla’s ranking:

Tesla (NASDAQ:TSLA) last issued its earnings results on Wednesday, July 24th. The electric vehicle producer reported ($2.31) earnings per share (EPS) for the quarter, missing the Zacks’ consensus estimate of ($1.55) by ($0.76). Tesla had a negative net margin of 2.64% and a negative return on equity of 11.97%. The company had revenue of $6.35 billion during the quarter, compared to analysts’ expectations of $6.44 billion. During the same period last year, the business posted ($3.06) earnings per share. The company’s quarterly revenue was up 58.7% on a year-over-year basis. On average, equities research analysts forecast that Tesla will post -4.61 earnings per share for the current year.

Recommended Story: Why is the Consumer Price Index (CPI) important? 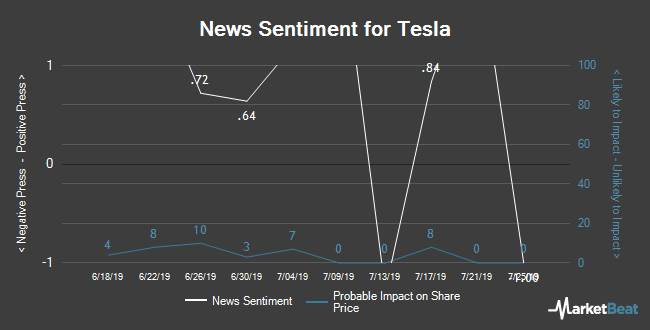 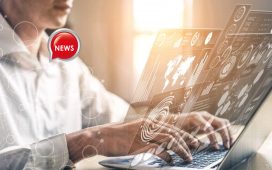 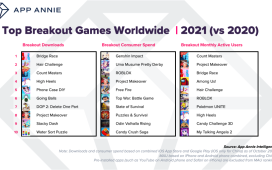