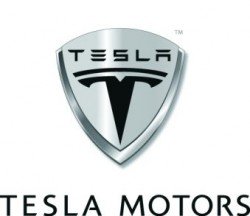 News articles about Tesla (NASDAQ:TSLA) have been trending somewhat positive recently, InfoTrie Sentiment reports. InfoTrie identifies negative and positive news coverage by monitoring more than 6,000 news and blog sources in real-time. The firm ranks coverage of publicly-traded companies on a scale of -5 to 5, with scores closest to five being the most favorable. Tesla earned a news impact score of 0.69 on their scale. InfoTrie also assigned media headlines about the electric vehicle producer an news buzz score of 0 out of 10, indicating that recent news coverage is extremely unlikely to have an impact on the company’s share price in the next few days.

These are some of the news stories that may have impacted Tesla’s ranking:

A number of research firms recently commented on TSLA. BNP Paribas reiterated a “buy” rating and issued a $400.00 price objective (up previously from $300.00) on shares of Tesla in a report on Tuesday, December 10th. Canaccord Genuity raised their target price on Tesla from $375.00 to $515.00 and gave the stock a “buy” rating in a report on Thursday, January 2nd. Citigroup upped their price target on Tesla from $191.00 to $222.00 and gave the company a “sell” rating in a research note on Wednesday, December 4th. Cfra downgraded shares of Tesla from a “hold” rating to a “sell” rating and set a $400.00 price target on the stock. in a research report on Thursday, January 9th. Finally, Credit Suisse Group lifted their price objective on shares of Tesla from $200.00 to $340.00 and gave the stock an “underperform” rating in a research note on Tuesday, January 7th. Nineteen investment analysts have rated the stock with a sell rating, nine have issued a hold rating and ten have assigned a buy rating to the company’s stock. The company has an average rating of “Hold” and an average price target of $344.41.

Tesla (NASDAQ:TSLA) last issued its quarterly earnings results on Wednesday, October 23rd. The electric vehicle producer reported $1.86 EPS for the quarter, beating analysts’ consensus estimates of ($0.42) by $2.28. The company had revenue of $6.30 billion for the quarter, compared to analyst estimates of $6.48 billion. Tesla had a negative return on equity of 13.42% and a negative net margin of 3.39%. The company’s quarterly revenue was down 7.6% compared to the same quarter last year. During the same period in the previous year, the company posted $2.90 earnings per share. On average, equities research analysts predict that Tesla will post -4.51 EPS for the current fiscal year. 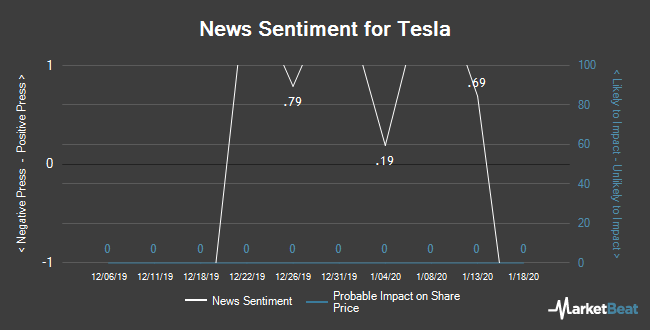 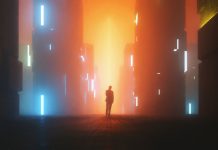 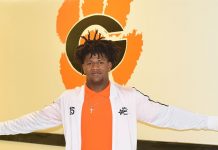 Every 2021 recruit with a Crystal Ball pick for Alabama – 247Sports 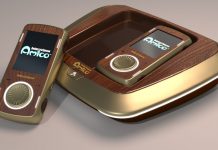 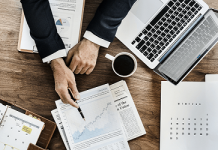