Tesla Inc. (TSLA – Get Report) shares were hit with yet another bearish broadside Tuesday, as analysts at Morgan Stanley weighed in on the clean-energy carmaker’s prospects in China and the health of its debt-laden balance sheet.

Morgan Stanley analyst Adam Jonas lowered his “bear case” outcome for the stock price, a view based on a series of worst-case scenarios for the carmaker, to $10 a share from a previous estimate of $97 amid increasing concern it could find itself trapped in a tech and trade war between Washington and Beijing.

Jonas argued that his estimate for Tesla sales in China, between 2020 and 2024, would generate around $9 billion in revenues. However, should officials in Beijing respond to the increasingly damaging trade war, and target Tesla with reprisal tariffs or restrictions, that figure could be sliced in half and carve more than $16.4 billion in market value from the Palo Alto, California-based company.

“Our revised case assumes Tesla misses our current Chinese volume forecast by roughly half, to account for the highly volatile trade situation in the region, particularly around areas of technology, which we believe run a high and increasing risk of government/regulatory attention,” Jonas said.

Tesla shares were marked 3.07% lower in pre-market trading Tuesday, following a 2.7% slide yesterday, to indicate an opening bell price of $199.05 each, the lowest since December 2016 and a move that extends the stock’s year-to-date decline past 40%.

Jonas also noted the rising cost of default protection for holders of Tesla bonds, who must pay more than triple the cost of similar protection for bonds issued by Ford Motor Co. (F – Get Report)

Ok, that’s always a great start. It’s how good ideas are found. So now you must check the balance sheet, see how the company is doing for cash and make an assessment that it has staying power regardless of how many you see or hear good things about https://t.co/28oui82CrP

Tesla dipped under $200 yesterday after Wedbush analyst Daniel Ives cut his price target on the clean-energy carmaker to $230 from $275, citing “major concerns” with respect to its growth prospects and domestic demand for the Model 3, calling the company’s challenges a “code red situation” and describing its path to profitability as a “Kilimanjaro-like uphill climb”.

Last week, Tesla founder and CEO Elon Musk told employees in an email that, effective immediately, he and the company’s new CFO will personally review all expenses going forward in a “hardcore” attempt to cut costs following massive losses during the last quarter.

That concern for line-item discipline followed a move by Musk to buy $25 million worth of shares amid a $2.7 billion capital raising that came only days after he told investors that while there was “merit” to the idea of raising new cash, “I don’t think capital has been constrained on our growth thus far”, adding that “if there was a final constraint on growth would’ve faced capital before now.”

“There’s more work to do, and Tesla today is far more efficient operating organization than it was a year ago,” Musk said on April 24. “We’ve made dramatic improvements across the board.”

However, in a 10-Q filing with the SEC published on April 29, Tesla said that while it expects that cash flow from its current operations will be enough to cover its future expenditures, it could also look to other sources for funds. 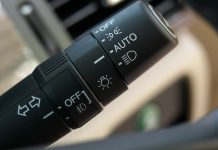 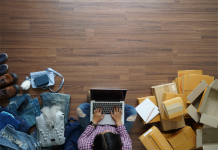 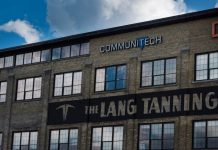 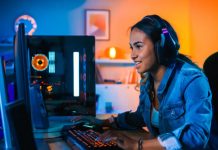 Editorial: Keep focus on Paradise recovery, where it belongs