The Internal Revenue Service will start accepting tax returns from individual taxpayers on Jan. 27, kicking off the filing season when more than 150 million returns are expected to be processed.

If this year resembles last, most taxpayers who receive refunds will get back about $2,800 on average.

As before, the IRS is touting the benefits of filing returns electronically. Those benefits include automatic flagging of some common errors and reminders to taxpayers to supply missing information.

The normal due date this year will be April 15, with automatic extensions to Oct. 15 available. Here are some themes to this year’s tax-filing season.

Not many major changes

Compared to the significant alterations for tax-year 2018 that involved itemized deductions, the personal exemption and other key elements, there are few changes for 2019 individual returns.

Tax season: Here’s the first day you can file your taxes in 2020

Various dollar thresholds change a bit, such as a slightly higher standard deduction of $12,200 for singles and $24,400 for married couples. The higher amounts make it even less likely that taxpayers will itemize deductions.

But if you do itemize, one notable change is that medical expenses will be harder to write off. Starting with 2019 returns, medical costs can be deducted only to the extent they exceed 10% of adjusted gross income, up from 7.5% the past two years.

Speaking of medical, the penalty for not carrying personal health insurance has been dropped and no longer applies on federal tax returns starting in 2019.

And for divorces finalized after 2018, former spouses who pay alimony not longer can deduct these payments, and alimony income no longer will be taxable for recipients.

Also, taxpayers 65 and older who don’t itemize have the option of using a new return – a simplified version of Form 1040, with larger print size that makes it easier to read and includes just 24 line items. The new form is 1040-SR, for seniors. 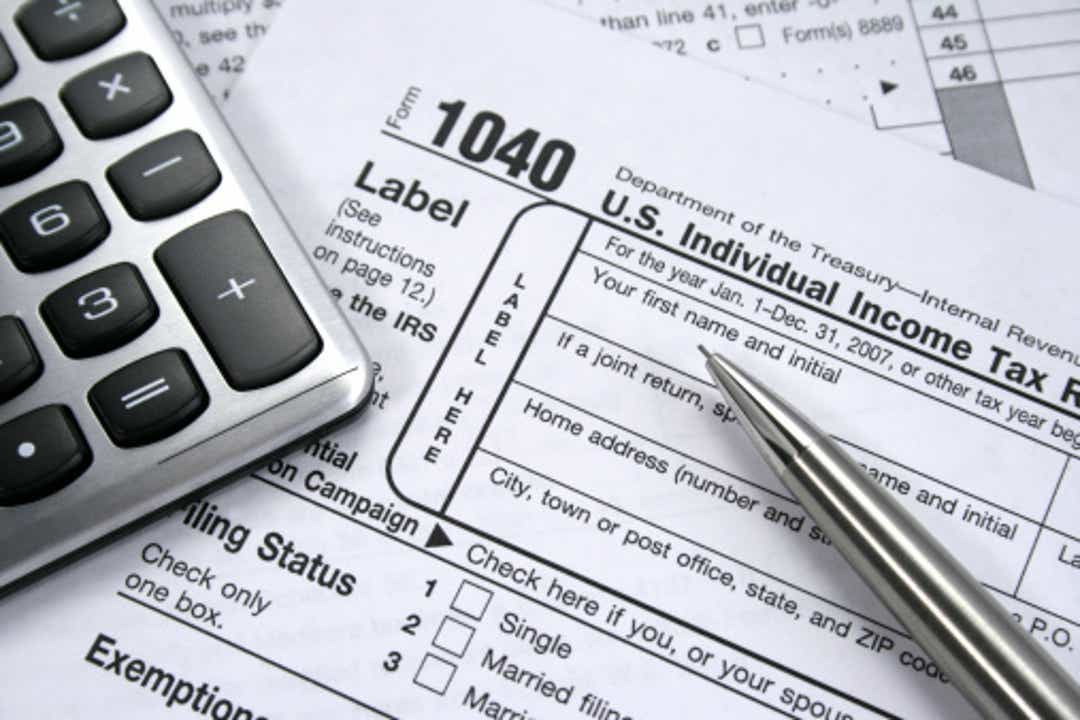 The IRS for years has encouraged individuals to file their returns electronically. Part of this effort involves the Free File program – a partnership between the IRS and various  private-sector tax-return software companies. The idea is to offer free software help to millions of individuals.

Yet the program appears woefully underutilized. According to a January report from the office of the National Taxpayer Advocate, an IRS-watchdog division, only about 2% of eligible individuals used some type of free-filing software in 2018. But roughly 90% of returns are filed electronically, which means the vast majority of filers pay fees.

Those who use Free File are largely dissatisfied with the program and often are steered toward paid services through cross-marketing efforts, said the report, which noted that the IRS doesn’t routinely test the software for quality.

Plus, there are restrictions. At the time of the report, only four of the 11 participating Free File software companies offered services to taxpayers of all ages, with further limitations based on income, state of residence or other factors. Only two companies offer help in a foreign language (Spanish). No wonder the National Taxpayer Advocate concluded that the Free File program “is not promoting the best interests of taxpayers.”

This year, 10 software companies are participating in the Free File program, and the eligibility cutoff is household adjusted gross income of $69,000 or less.

The taxpayer advocate’s report focused on 10 issues plaguing the IRS. These range from a need to overhaul the IRS’ information technology system to a need to provide better and more consistent customer service.

According to the report, the IRS has improved its ability to detect and prevent refund fraud, including the prevention of $2.7 billion in improper payments over the first nine months of 2019. Yet the agency continues to cause delays in releasing rightful refunds, causing hardships for some people, and it has high false-positive rates (flagging  problems where they aren’t any).

Also, the IRS doesn’t always provide much help to legitimate taxpayers in expediting their refunds, with delays often exceeding 40 days, the report said.

As another concern, the “offers in compromise” program could be improved, according to the National Taxpayer Advocate. This program authorizes the IRS to accept partial payments from some taxpayers, providing an incentive for them to continue filing returns and paying some taxes. Yet the report found that in about 40% of the cases where the IRS refused an offer, the agency wound up collecting much less, if anything.

The IRS faces an array of other challenges, including the need to do more with less manpower. IRS staffing has fallen over the years, contributing to ever-lower audit rates of under 1% for individual returns.

In addition to its regular oversight, there also are new challenges, such as those imposed by ride-sharing, private-home renting and other elements of the sharing or “gig” economy, where people don’t always know, or respect, their tax obligations. The IRS this month launched a new gig economy tax center on IRS.gov.

Another area of concern involves payroll taxes withheld by employers, which represent 72% of all revenue collected by the IRS. Noncompliance or fraud in this area represents “one of the biggest challenges for the nation’s tax system,” the IRS said in its latest annual report, released in January

These and other challenges show up in the nation’s tax gap – the difference between what taxpayers rightfully owe and what they willingly pay on time. The IRS estimates the shortfall at about $440 billion.

I keep getting rejected for credit cards. How do I fix that?

Are more store closings coming? Firm forecasts ‘No light at the end of the...