Warren Buffett has been at the head of Berkshire Hathaway for 54 years and guided the company on an incredible run that’s made long-term shareholders very wealthy. Buffett’s market-crushing performance has also earned him the single most recognizable nickname in the investing world.

The Oracle of Omaha stands as one of history’s most successful investors, and his tremendous track record and time-tested approach to identifying great opportunities mean that the market pays close attention to what his company buys and sells. Investors looking for the best of what the Berkshire Hathaway stock portfolio has to offer in 2020 should consider buying shares of StoneCo (NASDAQ: STNE), Visa (NYSE: V), and Amazon.com (NASDAQ: AMZN). 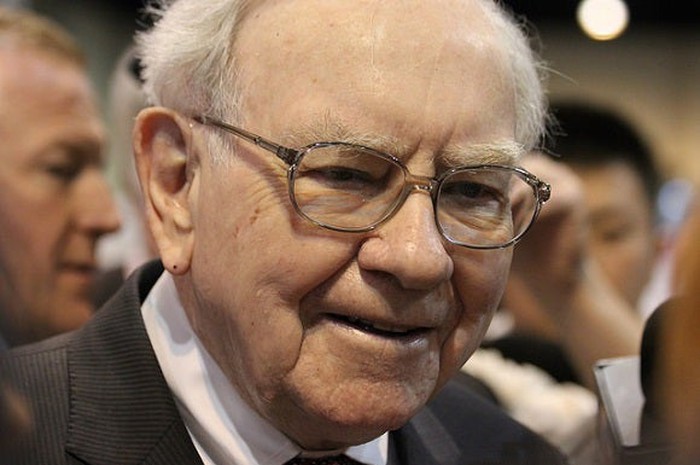 Buffett has been a supporter of StoneCo from day one, with Berkshire Hathaway establishing an 11% ownership stake in the Brazilian payment-processing company on the day of its initial public offering in October 2018. The fintech company’s core business revolves around confirming and distributing digitally made payments, and it has a huge runway for growth as Brazilians increasingly use credit cards or mobile payments to make purchases and e-commerce continues to gain ground. StoneCo’s banking and credit offerings and the potential for expansion in other Latin American markets also present long-term growth opportunities.

StoneCo added 68,700 new merchant customers in the third quarter to bring its total count to 428,900, up 19.2% sequentially and 82.8% year over year. Rapid growth for the number of merchant partners on its platform, combined with increased per-merchant payment volume, is helping the business expand sales and earnings at a rapid clip.

As the table shows, StoneCo has been posting torrid growth — and it looks like its valuation has yet to catch up. The company sports a trailing price-to-earnings-growth ratio of just 0.4 and a forward PEG ratio of just 0.2. The stock trades at roughly 40 times this year’s expected earnings, which is still far below the company’s rate of earnings growth. That’s a good indicator that the Buffett-backed stock is still significantly undervalued, despite its impressive rally in 2019.

READ  Jobs expert: 'This is going to be an epidemic'

Visa is another appealing player in the payment-processing market. Berkshire Hathaway has put a lot of weight into the fintech space, and payment processing in particular, because it’s a virtual certainty that an increasing portion of financial transactions will be conducted digitally. Companies with leadership positions in the space are also able to build network-effect moats, and Visa towers atop its competitors.

In the company’s 2019 fiscal year, over 180 billion transactions took place across the company’s network — with Visa directly processing roughly 75% of these payments. Its total payment volume hit nearly $9 trillion — up from roughly $8.2 trillion in fiscal 2018. The number of physical merchant locations using its services also climbed roughly 14% year over year to hit 61 million. E-commerce and other cashless transactions will only continue to grow and account for a greater percentage of the total retail pool, and that’s great news for Visa.

With a high barrier to entry in the space and a powerful network advantage, it’s going to be enormously difficult for new competitors to emerge and disrupt the payments giant. In addition to Visa’s leading position in the U.S. setting it up to enjoy steady, dependable domestic growth, the company also looks poised for quicker expansion in fast-growing international markets — many of which still see a much higher percentage of transactions made with cash.

Dividend-growth investors have even more reasons to like the stock. Its roughly 0.7% yield doesn’t exactly tip the scales, but the company has delivered annual payout growth for 12 years running — and it has boosted its payout by 150% over the last five years and 860% over the last decade. With the cost of covering its forward distribution coming in at less than 23% of its trailing free cash flow, Visa is in great position to continue hiking its dividend.

Buffett and Berkshire were relatively late to the game with Amazon stock, first revealing that they had established a position in the company in the March 2019 quarter. The investment firm boosted its position in the e-commerce-and-cloud-computing giant in the next quarter, and it wouldn’t be surprising to see Berkshire continue to add to its stake in the Jeff Bezos-led enterprise in 2020.

Amazon actually underperformed the broader market last year, with the tech giant’s shares rising 23% while the S&P 500 index climbed roughly 29%. That performance lagged far behind the gains of many other Big Tech leaders, including Berkshire favorite Apple, but the e-commerce leader will likely snap back and continue crushing the market over the long term. Amazon is in the investment phase of a growth cycle, which is pressuring near-term earnings and deterring some investors, but market hesitance is also creating opportunity in the stock.

Even though Microsoft‘s Azure platform has been gaining ground and competitors like Alphabet are angling to build bigger positions in the cloud services market, Amazon Web Services continues to be a cash machine with a long runway for growth. Amazon also has growth opportunities in some of its competitors’ strongholds, with the company rapidly building its position in the digital advertising market and emerging as a powerful rival to Alphabet and Facebook in the category.

Amazon’s advertising business grew more than 45% year over year in the third quarter, and Business Insider Intelligence estimates that its share of the total U.S. digital ad market could climb from 9% in 2019 to 14% in 2023. The dominant position that Jeff Bezos’ company has built in the e-commerce market, combined with its early leadership in voice-assistant interfaces and smart speakers, give it powerful advantages in the advertising market. This type of synergistic dynamic also makes the company an excellent long-term player in potentially generation-defining tech trends like artificial intelligence.

10 stocks we like better than Amazon
When investing geniuses David and Tom Gardner have a stock tip, it can pay to listen. After all, the newsletter they have run for over a decade, Motley Fool Stock Advisor, has tripled the market.*

David and Tom just revealed what they believe are the ten best stocks for investors to buy right now… and Amazon wasn’t one of them! That’s right — they think these 10 stocks are even better buys.

Winning the hunger games with tech: key insights from Dale Vaz of Swiggy at Future of Work 2020 – YourStory

What about enablers? | News, Sports, Jobs – The Adirondack Daily Enterprise

Rutgers gears up for meet with Princeton – RU Daily Targum

Enterprise blockchain has slowed and why that’s a good thing