Amazon’s TikTok take-back was the talk of tech on Friday. The company started the day by telling employees they needed to delete the popular social media app from their mobile devices over security concerns, and ended the day with a giant “never mind.”

Those stunned by the tech giant’s initial directive were equally caught off guard by the reversal five hours later, in which Amazon said its message was “sent in error” and there was no change in policy regarding the app.

“If you have TikTok on your device, you must remove it by 10-Jul to retain mobile access to Amazon email.” pic.twitter.com/fIgmqyMhmO

Amazon didn’t seem to want to elaborate on its change of heart, which left the internet to do that for them — with serious and not-so-serious takes on the matter.

Initial theories about the not-really-a-ban were centered around whether Amazon was playing to pressure from the Trump administration, which has been considering cutting off access to TikTok over fear that the Chinese-owned tech company ByteDance was collecting too much data on Americans.

After Amazon took it all back, speculation turned to whether TikTok — which has been downloaded 170 million times in the U.S. — had somehow convinced the tech giant to think better of its directive and let Amazonian’s keep uploading silly videos.

“Whether Amazon meant to send the email or not, someone at the company still typed out a statement saying the company believes TikTok poses a security threat,” Fast Company said in its story. “And even the possibility that Amazon considered banning it for its workers is a new twist in an ongoing TikTok scare.”

And the ripple-effect could still happen. Wells Fargo did end up following Amazon’s lead on Friday — and did not change its mind — when it instructed employees to remove the app from company-owned devices over privacy and security concerns. And the Democratic and Republican national committees have both warned staff about using the app.

Whoops sorry cat stepped on keyboard and sent that email to the entire staff asking that they disable an app that has come under recent scrutiny because of its ties to China, pls disregard go about your Friday

Amazon & Facebook want the government thinking about China & TikTok, not anti-trust. That’s it. That’s the strategy 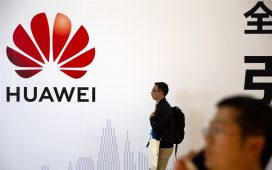 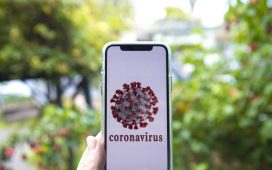