The battle against skin-whitening cream


High Street shops that were prosecuted for selling illegal skin-whitening creams are continuing to do so, the BBC has found.

Trading Standards acknowledged “it’s a really big problem” and more could be done to regulate the industry.

Substances containing hydroquinone and mercury are banned from being sold over-the-counter in the UK as they can cause liver, nerve and foetal damage.

But a lack of resources and data is making the problem hard to tackle.

A previous BBC investigation revealed the banned cosmetics were being sold across the UK.

Trading Standards is responsible for seizing the creams and prosecuting businesses that sell them. However, it appears convicted shop owners are undeterred by these fines, and are continuing to sell the products.

Undercover journalists visited 17 shops across London, Leeds, Birmingham and Manchester to see how many illegal products they could purchase. Six of these shops had been previously prosecuted for selling the creams.

A total of 13 shops were found to sell products containing illegal substances.

Of the prosecuted shops, four out of the six resold banned products.

Meg Chucks was fined £1,400 as well as £1,040 of legal costs in October 2017. She sold skin-bleaching products at her TM Cosmetics in Moston, Greater Manchester. Fifty-one products in her shop contained hydroquinone.

Before being prosecuted, Ms Chucks had been warned by Trading Standards for importing similar types of products via Manchester Airport.

But despite warnings and fines, the BBC has undercover footage of her still selling a skin-whitening cream.

Ms Chucks admitted to an undercover researcher that she used the product herself. She claimed she did not know it was illegal, despite hydroquinone being listed as an ingredient on the box.

The Nigeria-manufactured product – Funbeaut-A – contained 3% hydroquinone, which is more than the strongest medicine containing hydroquinone licensed for prescription by UK doctors.

In Manchester, a freedom of information request (FoI) revealed Ms Chucks was the only shop owner to be prosecuted in 2017-18 for selling skin-whiteners, despite BBC researchers finding prohibited substances in other Manchester shops.

Ms Chucks refused our request for an interview.

‘I would have lost my life’

Scared to tell her doctor because of the taboo surrounding these creams, Safi suffered in silence.

She was eventually hospitalised for a week for extreme scarring and burning.

“I would have lost my life,” she said.

Safi was so embarrassed about her use of skin-lightening creams that she began to treat her own scars, and did not seek medical assistance.

Her sister Tutu said: “When I saw her she was completely a white woman.

“All her stomach and all her hands were complete blisters. We went to A&E and they put her on antibiotics it was so bad.”

The creams have left her with permanent scarring, and she thinks they are too readily available.

“If you can just display [skin whiteners] in a shop, I can just go there, [even] a 10-year-old, can pick it up and pay for it, that makes you think it’s legal.”

South London YouTubers Arlene Dihoulou and Mariam Omotunde used the skin-whitening creams when they were teenagers.

They had no idea the products they were using were illegal.

Arlene started using the treatments at the age of 16 because she wanted to “fit in”.

“I used to look at my skin as really ugly.”

“I just wanted to be desirable”.

Mariam, 22, went to a local shop to purchase the creams. She did not read the ingredients, but just picked the products based on the skin colour of the lady on the bottle, assuming they were safe to use.

Both girls stopped using the products before they had damaging health consequences, but were shocked the illegal products were sold so openly in the shops.

Mariam added: “Don’t they have people who come check what you’re selling? The regulations obviously aren’t doing their jobs if this is so readily available.”

“We have the sugar tax now, because people see obesity as a big thing. A cause of that is fizzy drinks. So now the prices are higher and the sugar is less.

“So in the same way, this is something that needs to be highly monitored and regulated, because people can die from these creams.”

Despite the damaging effects of the treatments, the BBC was told there is “no central collection of data” on the number of prosecutions, seizures or accusations across the country, resulting in a lack of understanding about the scale of the issue.

Trading Standards officer Cenred Elworthy said that some traders do stop selling the products after being prosecuted, although the BBC has contrary evidence to this. He said “secondary offenders are often not selling things that are blatantly, obviously full of illegal products”.

Elworthy admits “no-one has actually served jail time for selling them” despite being caught still selling the illegal products while serving a suspended sentence.

He suggested the industry could be better regulated through “on-the-spot fines” for businesses selling the skin-whitening products, and clearer sentencing guidelines.

According to Mr Elworthy, Trading Standards could do more shop visits and seizures, but it struggles to after a 40% cut in resources over the past 10 years.

He believes a team of 50 to 60 enforcers would be required in London alone to tackle the issue. 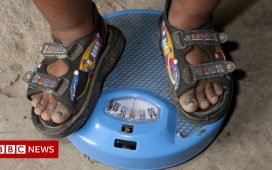 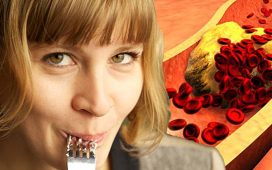 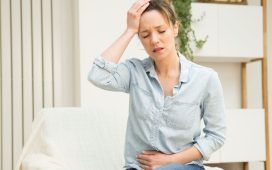 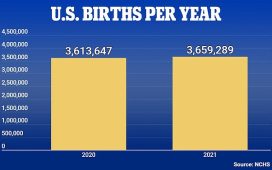