The big risks to America in bringing supply chains home


Deploying the full might of the federal US military procurement apparatus to fly baby milk across the Atlantic might seem a rather heavy-handed use of force. But the global snarl-ups in value chains are opening up all sorts of exciting possibilities for government intervention, particularly in the US. Just one problem: there aren’t many signs the Biden administration has grasped the importance of international trade as well as that of shovelling out dollars when securing supplies of vital goods.

In May the president invoked the Defense Production Act — legislation dating back to the Korean war — to fly infant formula from Germany to the US to deal with a sudden shortage of baby milk. It’s a serious health issue, of course, and the kind of market failure where federal government can absolutely play a role. But the use of federal procurement both in this case and when creating Covid vaccines early in the pandemic, while effective in the short term, ignored the international dimensions. Similar problems will quite likely pop up in the government’s efforts to secure other strategically important supply chains like semiconductors as well.

The US imposes tariffs on imported formula to protect its dairy producers, and the Food and Drug Administration makes it hard for foreign manufacturers, including from Europe, to get authorisation for their products. You don’t need to be a Europhile paediatrician to find it improbable that a continent as risk-averse about food regulations as Europe shoves dangerous milk into its babies. This, plus clumsy state procurement using a preferred-bidder system, has created the kind of market concentration increasingly evident in the US economy. It was a supply interruption at just one company, Abbott, which rippled out across the whole US.

It provides an excellent example of how national self-sufficiency doesn’t deliver security of supply. Flexible market-orientated trade, regulation and procurement would be better than the federal government reacting ex post by chartering planes to fly infant formula round the world.

Even when US federal procurement is pre-emptive and effective, as with the development of Covid vaccines, understanding the international dimension would improve it. In a detailed recent paper, Chad Bown of the Peterson Institute looked at how federal cash was used to develop vaccines in 2020 and early 2021, both by pulling (commitments to buy) and pushing (research and production subsidies).

At least one thing Donald Trump did had to work, if only by the law of averages, and Operation Warp Speed, the vaccine development programme that started in early 2020 and used the DPA, did so. Unlike the EU, with its fragmented power structure and lack of centralised spending, the US federal government has both executive power and cash, and it produced hundreds of millions of vaccines by early 2021.

But then something changed. By the end of 2021, Bown says the EU and India had easily overtaken, producing roughly 2.5bn and 1.6bn doses respectively to the US’s 1bn. Crudely put, DPA contracts put the government at the front of the line rather than expanding overall capacity, and they legally constrained manufacturers to produce only for the US market. US purchases of the inputs used to make vaccines also scooped up much of the international supply and led to (misguided) accusations from Indian and European manufacturers that the US was operating an export ban.

The EU, as it endlessly emphasised — and with some justification — was continuing to play its traditional role as pharmacy to the world. It did actually institute a regime allowing export controls but still continued to sell abroad.

If the US continues to maintain a domestically-focused mindset in its supply chain policy, problems of the baby milk and vaccine type are likely to recur. One sector to watch is semiconductors. Assuming the manoeuvring in Congress doesn’t block it, the US will spend $52bn to bring the chip supply chain on to American soil. But the massive complexity of the semiconductor ecosystem will still leave it dependent on companies abroad. For a start, however much European institutes like the Belgium-based Imec may be lured by federal dollars to create facilities in the US, there’s no way America will replicate the early-stage research that goes on there.

There are plenty of market failures in these strange, fractured times for the global economy and plenty of reason for governments to intervene. But focusing heavily on centralised state spending to keep or create manufacturing at home is rarely the best way to do it. You can’t run the highly complex industries of a modern economy on an autarkic war footing, and the US will continue to make mistakes if it tries. 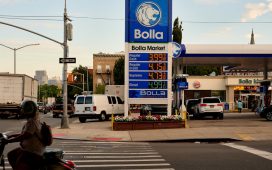 Want to buy a 'fixer-upper' home? Here are the top U.S. cities.

Family vacations are expensive. Here's how much you can expect to pay at popular destinations. 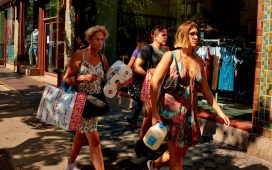