So what do we all think of the upcoming Huobi blockchain? In a recent letter to its limited partners, Multicoin Capital laid out an especially bullish view. The crypto investment firm described the imminent launch of Huobi Chain as “a catalyst [that] we believe will be similar to the Binance Chain launch in 2019.”

There is plenty of reason for optimism. Huobi, founded in 2013, is China’s oldest and biggest digital asset management platform. After China banned ICOs and Bitcoin exchanges in 2017, it shifted its base of operations to Singapore, Japan and S. Korea. But, unlike its biggest rival, Binance, it maintains an especially close relationship with China’s government—and its investors.

It announced Huobi Chain, a “high-performance public blockchain” in July, and billed it as the “first regulator-friendly financial blockchain,” which is key, and which we’ll get into later.  The exchange, which generated some $100 million in revenue via a token burn in January, plans to roll out the Huobi Chain in Q2.

Multicoin makes a convincing case that Huobi Chain could be a game changer. The analysts believe the public blockchain could bring all sorts of benefits, and solidify Huobi’s powerful position in the crypto world.  Sounds like it’s time to fill your Huboi Token (HT) bags?

I’m not so sure. This week’s da bing looks at Huobi’s marvelous blockchain. Does it deserve Multicoin’s acclaim?

Centralized exchanges can benefit from launching their own blockchain in a number of ways.  With its own blockchain, an exchange can launch its own tokens, vet token projects and build out an ecosystem. Exchanges get to devour the value chain of a token economy, getting rid of their reliance on public blockchains such as Ethereum, and providing end-to-end service to customers.

We call this strategy 一条龙服务—a “whole dragon service.” Take a look at Binance if you want to see it in action.

Having a native blockchain instantly reduces trading friction. A simple example is trading fees. Right now, Huobi Token is an ERC20 token on Ethereum. Every trade requires a gas fee—and that’s friction. If HT migrates to Huobi’s own blockchain, that friction could be reduced instantly because HT will be the blockchain’s native token.

That’s exactly what Binance did, launching a decentralized exchange on its own Binance Chain and subsequently moving its native BNB from Ethereum to Binance Chain. Because Binance chain allows anyone to launch a token in BNB ( just like ICO projects raising funds in ETH), it effectively increases demand of BNB, and potentially the usage and price of BNB Coin.

To DEX or not to Dex

BNB, which is traded on Binance DEX, has enjoyed an outrageous ROI of 9000% since its inception, and I suppose some people attribute this to the launch of Binance Chain. But in reality, despite being decentralized and community driven, Binance DEX is still fairly limited, based on the number of tokens it’s launched. Its trading volume is pretty modest.

In fact, it’s sort of a joke in Chinese crypto circles, that Binance DEX is more like China’s NEEQ, a stock market that lists penny stocks that aren’t qualified for the main stock market. Many investors trade on Binance DEX because they hope that some of the hand-picked token projects will one day be listed on Binance’s main exchange, and moon.

No—the reality is that BNB’s stellar performance has more to do with the exchange’s many other activities, such as IEOs, and its aggressive token burning.

Given that context, you can see why Huobi did not go the DEX route. Instead, it came out as a general-purpose blockchain with a focus on DeFi, powered by on-chain governance & compliance framework and Nervos’ CKB Kuta and Overload framework.

Like Ethereum, it wants to create a blockchain that allows dapps to thrive. It’s an aggressive plan, which has largely gone unnoticed by the world. As Multicoin pointed out “The market underappreciates the vision of Huobi Chain.”

But, given how difficult it is to launch and sustain a public blockchain, will it work? Will Huobi succeed in the space when others have run out of cash or barely survived?

Huobi enjoys one unfair advantage in virtually everything it sets foot in: it can muster a huge amount of trading volume (and hence liquidity). Multicoin pointed this out, and it’s true. Huobi’s scale allows it to also provide essential financial services such as custody and lending to its legions of users.

At the moment, all of its services are centralized and done manually. But one can see a future where Huobi moves some of the financial activities onto its blockchain and brings thousands of users to the platform, instantly.

For example, to stimulate its DeFi capability, Huobi plans to migrate its Huobi BTC—its wrapped BTC—from Ethereum to the Huobi Chain. Arguably, it’s risky to move HBTC from Ethereum, a more robust ecosystem, to a new blockchain. But HBTC will allow Huobi Chain to start with a new DeFi product immediately.

Second, Huobi is evolving into the most regulatory friendly crypto behemoth in China. That’s the “first regulator-friendly financial blockchain”  it trumpeted from its inception. We see its CEO Leon Li frequently standing next to high-level government officials, preaching the blockchain-not-crypto narrative.

So far, though, it has not codified its “red heart”—loyalty to the government—on the chain. But the Huobi Chain provides the perfect opportunity to show the government that it indeed walks the talk: Huobi Chain’s key feature is that it allows the government to have a “regulator node.” That will give the government unbridled access to all on-chain data. Establishing a structure to facilitate such regulation has not been tried by other Layer 1 protocols.

Finally, DeFi is low hanging fruit for the Huobi Chain. It’s an area that the Chinese government has been promoting and spending its budget on. Because China has strict laws regulating foreign vendors who want to provide tech services (especially to governments), Huobi stands to run the table.

In Huobi Chain, we have a home-grown, public blockchain service that is “surveillance native”— but also, appears to the public as “open” because it’s a crypto-trading platform.

The problems with Huobi Chain

First, incentive matters. When an exchange launches a blockchain that’s sharing the same token as its trading platform, there can be misaligned interests.

For instance, consider transaction fees on the blockchain. If Huobi needs to pump up its HT price, which it has been doing more frequently these days, the high HT price would make transactions on Huobi’s blockchain more expensive. That’s detrimental to a public blockchain: as we’ve seen from Ethereum’s clogged network, expensive transactions scare away developers.

This is where HT’s real identity is ambiguous. Is it an exchange token or a blockchain token? As an exchange token, it would function more like BNB, a utility token that helps investors trade. Yet if it functions more like ETH, then its token supply has to be carefully managed. Any artificial inflation would impact how dapps perform on the blockchain.

We cannot evaluate the value of HT without untangling its two conflicting identities.

Second, Huobi Chain faces the same dilemma as most public blockchains: no one is using them. Since the ICO boom days in 2017, we’ve seen the rise and fall of many putative Ethereum killers. The reason is simple: Ethereum has the largest public blockchain community and is continually churning out new use cases, be it ICOs, DeFi or whatever lies around the bend.

And last but not least, Huobi will be competing with enterprise blockchain solutions from the likes of Alibaba and Tencent. These tech titans have already been launching blockchain solutions and forming partnerships. In China, as elsewhere, government connections matter. But can Huobi really take business away from these also-connected tech giants?

If you build it, will they come?

Huobi’s blockchain will likely bring excitement to crypto in terms of PR, talent, pilot projects, and most importantly, a pumped up HT price. However, none of those short-term benefits necessarily point to Huobi Chain’s long-term success. That will depend on real people using the blockchain for real use cases. Adoption is key.

We also need to re-examine the potential of blockchain adoption in China. Yes, being China’s “approved blockchain” would seem to have limitless potential. And that appears to a VC as if it’s a winner-takes-all scenario.

But being an IT service provider in China means that one has to bend whenever the state imposes new rules. With a “regulator node” on its blockchain, it’s hard to imagine how Huobi Chain will ever get the broad adoption it needs to succeed. It’s even harder to imagine whether your bag of HT will soar along with the adoption.

Top 3 other things that happened this week

#1. Blockchain Major: will you graduate to be a believer?

China’s Education department recently approved the first-ever Blockchain engineering major for Chengdu University of Information Technology. The major is cross disciplinary but will fall under the computer science department. The university said that the school will focus not only on teaching theoretical knowledge, but also on the practical implementation of blockchain technology in the area of smart city, cybersecurity and supply chain.

China likes to be first for many endeavors, but education reform is not its  expertise. It’s questionable how China will retain its “blockchain-not-bitcoin” narrative to college-age students. They’ll spend four years on the topic without straying to the dark, crypto side? Either the government will exercise more control on the narrative, or block students from accessing the open Internet. As I’ve written before, that’s very hard.

Despite catching some attention when the news was first released, news about  Weibo’s recent data breach quickly died down. The only response the public received is China’s Ministry of Industry and Information Technology recently “invited” Weibo for a talk regarding the matter.

As you would imagine, the talk didn’t yield much news. Weibo admitted that its data has been breached after a recent upgrade. However, it did not admit that the stolen data included customers’ sensitive data, including passwords. That’s a shame since many users are still unaware of the breach and have not changed their passwords. The news could have been educational to the public. Instead, it was whitewashed.

#3: The weakest crack down

March 15th is not a holiday in China, but it’s a very special day:  Friends and families get together to watch a carefully put-together show that exposes unethical practices by popular brands. Past shows included exposes on “gutter oil” and fake milk powder.

This year, crypto exchanges were expected to make their first debut—but the show  was canceled due to COVID-19.

Instead, the Chinese Central Bank’s official WeChat account published a series of March 15  consumer-focused financial articles and criticized unethical crypto exchange practices. Fake transaction volume, exit scams and of course money laundering were featured. Perhaps due to the distraction of Covid-19, it was met with a yawn.

The term 维权 means “protecting rights;” the term is also applied to activists. We’re seeing it recently in connection with “attacks” by a new group of so-called “professional rights defenders” who have been targeting crypto exchanges. These are people who claimed to have lost money from the recent downturn, which they believe is due to exchanges’ mismanagement. They showed up in front of Huobi and OKex’s Beijing offices, playing funeral music and holding signs supposedly written in blood. They demanded compensation in exchange for restoring peace and quiet.

The views and opinions expressed by the author are for informational purposes only and do not constitute financial, investment, or other advice. 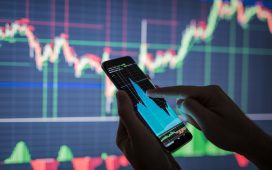 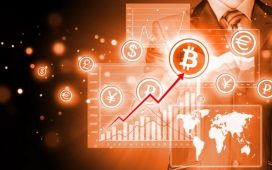 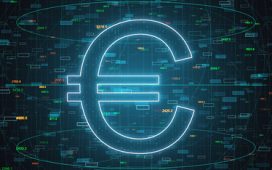