A new report has said manufacturers’ eagerness to cram new vehicles with the latest technology is causing headaches for motorists due to the number of faults with hi-tech systems.

The J.D. Power 2019 UK Vehicle Dependability Study has revealed that half of all common new-car issues in the last 12 months have been caused by audio, communication, entertainment and navigation (ACEN) systems.

But which brands suffer the most? The report released this week names which brands have the best track records for reliability and which are succumbing to regular issues.

BMW, Fiat and Audi ended up bottom of the pile, while Peugeot and Skoda came top of the list. 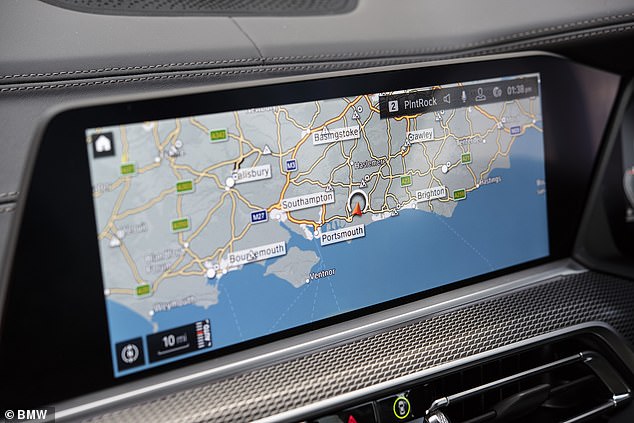 Premium brands suffer sat-nav problems: The J.D. Power 2019 report claims owners of luxury brands like BMW and Audi are reporting plenty of issues with the technology in their cars

The study, now in its fifth year, measures the number of problems experienced per 100 vehicles (PP100) to rank brands in order of dependability.

That means the lower the PP100 value, the better the manufacturer has rated. 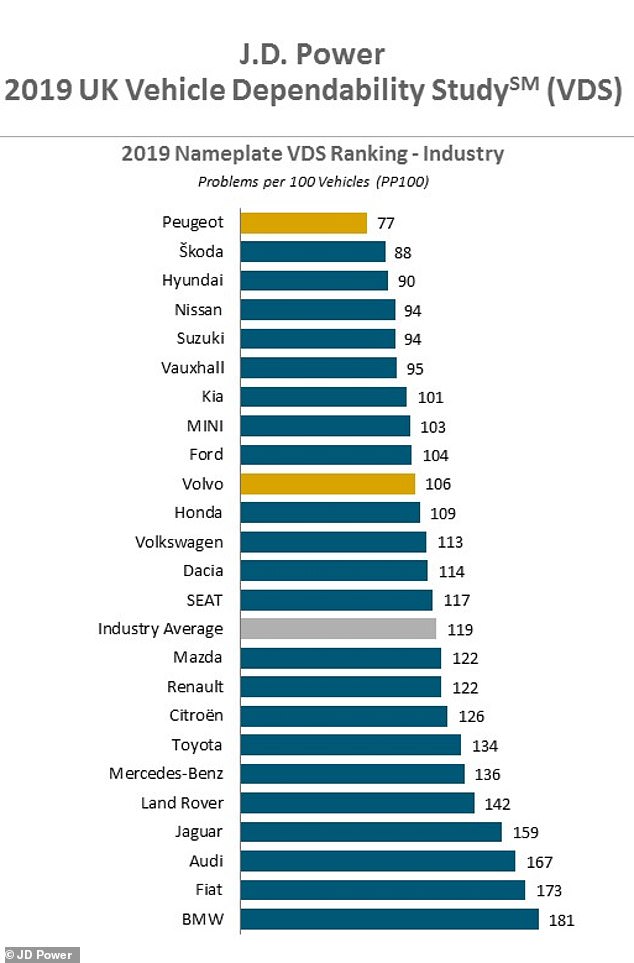 The data is based on the feedback from 11,530 owners of new vehicles registered from November 2015 to January 2018.

While the general consensus from drivers was that vehicles are becoming more reliable – improving on the results from last year – there are still a worrying number of issues caused by navigation systems fitted into the latest models.

This makes premium cars equipped with the latest sat-navs more problematic than volume-selling models that are less likely to have these advanced systems. 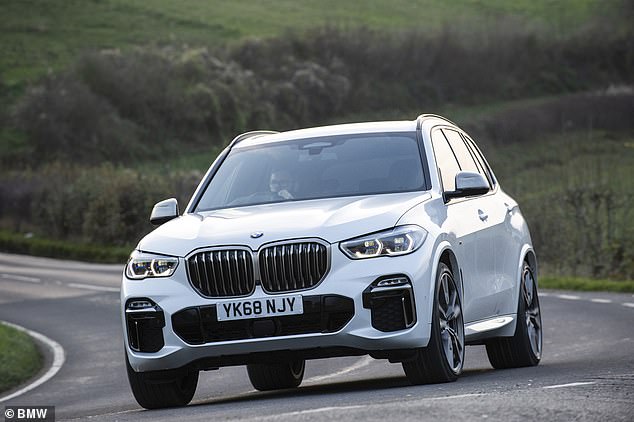 The report found that BMW suffer 181 problems per 100 vehicles, ranking it bottom of the list of dependability 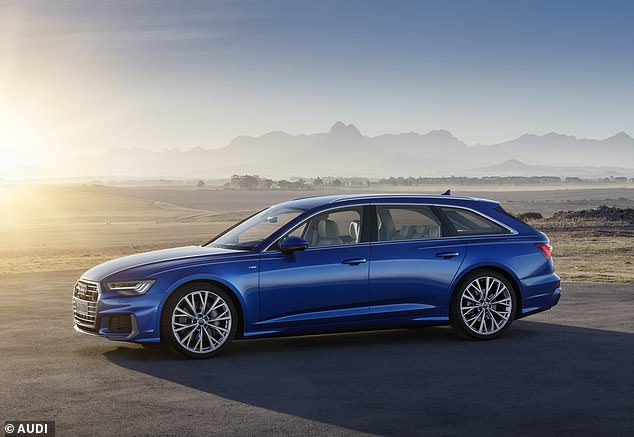 Audi wasn’t far ahead of its German rival. Models with the four-ring badge were found to suffer 167 problems per 100 vehicles

As a result, the findings show that premium brands like BMW and Audi are at the bottom of the reliability standings.

The two German marques were found to suffer 181 and 167 problems per 100 vehicles, with Fiat splitting the brands with an equally poor dependability performance.

Jaguar, Land Rover and Mercedes were also low down in the table, proving that spending large amounts on new and relatively-new cars won’t guarantee you reliability.

At the opposite end of the spectrum, it was French car maker Peugeot that topped the standings with a score of 77 PP100.

That’s a monumental result for a manufacturer – and nation as a whole – that’s sterotyped as producing untrustworthy vehicles. 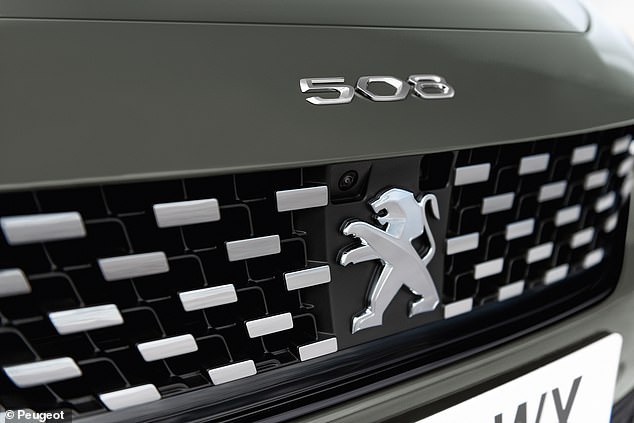 Peugeot – and French brands as a whole – are stereotyped for unreliability 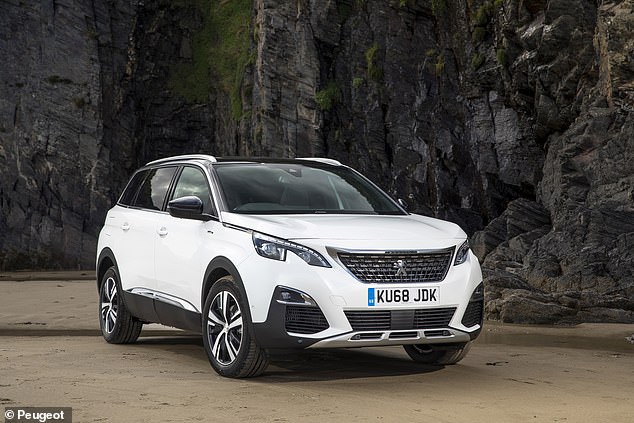 However, the survey found that owners of new and nearly-new Peugeot models suffered the least amount of problems

Skoda and Hyundai took the next two spots with ratings of 88 and 90 PP100 respectively, while Nissan and Suzuki completed the top five most dependable car makers of 2019.

Commenting on the findings, Josh Halliburton, head of European operations at J.D. Power, said: ‘When we look at the PP100 scores of relatively new safety technologies, it’s clear that manufacturers still have work to do to perfect those systems—particularly premium brands that use them as a major selling point.

‘It’s also going to be vital for vehicle makers to win customer trust in this technology if they are to convince potential buyers that fully automated vehicles in the future will be reliable.

‘For example, such buyers are quite likely to question the safety of self-driving cars if brands still struggle with the accuracy of their navigation systems.’

Interestingly, the survey found that electric and hybrid cars have a higher total amount of problems than conventional petrol and diesel motors.

Despite this, owners of low-emissions cars expressed that they are more likely to repurchase or lease the same brand in the future.

Full results of the J.D. Power 2019 study, including model reliability, can be found on the dependability report’s dedicated website.

Will the Bank of England force the issue with property funds?

Over 300,000 auto sector jobs gone in India; government is in denial – FreightWaves