Business Telegraph
Business Telegraph > autos > The CEO of Hyperloop Transportation Technologies describes his vision for the future of travel: ‘Today we’re treated like animals. We can do things better’ – INSIDER
autos

The CEO of Hyperloop Transportation Technologies describes his vision for the future of travel: ‘Today we’re treated like animals. We can do things better’ – INSIDER


Dirk Ahlborn’s company is developing a transportation system to move the world in a new way. Until then, he’s stuck with what we’ve got.

The perpetually-mobile Ahlborn is CEO of Hyperloop Transportation Technologies, one of several businesses working to make Elon Musk’s vision of hypersonic tube-enabled transportation into reality. We crossed paths with Ahlborn in Kazan, Tatarstan at the Russian Venture Forum, an event organized by Pulsar Venture Capital, and he could only bemoan the current state of getting from A to B.

“It sucks,” he said amid a bustling crowd of conference attendees. “It’s a terrible passenger experience that barely makes money, and it’s like this around the world. Los Angeles loses $2.50 for each person who takes the metro. Germany subsidizes their rail network with roughly $26 billion. It doesn’t work.”

Moving people from place to place via hypersonic capsules inside vacuum-sealed tubes, Hyperloop Transportation Technologies’ vision of the future represents something completely unlike how we move around today. The company’s global makeup — more than 800 people, 48 partner companies, and an internet community over 300,000 — suggests the people want it too.

At the top of the organization, Ahlborn’s role might be accurately described as “Hyperloop missionary,” proselytizing his company’s transportation concepts and public events and suffering through contemporary air travel in the process. It’s where our interview started.

DIRK AHLBORN: How long did it take you to get here?

BUSINESS INSIDER: About 11 hours on a plane.

AHLBORN: You spent 11 hours on a plane to get here and no one tried to entertain you for money along the way. Today we divide between classes; there’s first, business, and economy. How about in the future we divide based on what we want to do? Now you have different options to monetize on your time there. In 11 hours on the plane, for example, maybe I want to book certain services. I want to have a massage, I want to work out, I want to sleep, and based on that I can transform my environment. It’s use-case driven, not class-driven. We are working with different companies to enable these things.

AHLBORN: The security is all psychological, the scanning part doesn’t really work. In Israel, they started using psychologists to talk to people in airports. If they see you’re nervous, they single you out. The problem I have with where we are today is that we’re treated like animals. We can do things better. You know who bought the tickets, and you know how many passengers are going to be there for those flights at those specific times. This means you can regulate demand. I can do predictive modeling to know there’s going to be approximately this amount of passengers, and I can guarantee that none of them has to wait more than a minute if I want to.

BI: How will security work on the Hyperloop?

AHLBORN: We have a project that we call “the naked passenger.” You don’t have a phone, you don’t have a wallet, and I need to transport you in the most efficient way because you’re naked. Everything works through biometrics. Your account is you, you don’t need a phone, and there’s no anxiety. When I have biometric control, I know who you are. If your fingerprint and face matches against a database, we’re reducing the issue of “someone is in there who shouldn’t be there.”

We have a safety advantage over airplanes, as you cannot fly Hyperloop into a building. It’s bad to say, but mathematically, this is not an effective vehicle for terrorism. One of our capsules carries 30 people. You would do more damage on the metro.

BI: What are the biggest challenges facing Hyperloop right now?

AHLBORN: Let’s put it this way: Democracy isn’t friendly to these kinds of things. It’s a very large infrastructure project requiring a lot of people to work together. If you want to do this in the US, you have tedious right-of-way issues. In China or Russia, however, all it takes is someone powerful to decide that they want it, and it happens.

One of our advantages is time. Places like Mumbai, Beijing, or even Moscow can’t wait 20 years for this. Like Jakarta, they’re at or approaching gridlock and they need solutions now. That means it’s perfect for us because they have the political willingness to say, “Let’s do this.”

BI: How did you first get involved with the project?

AHLBORN: We launched a nonprofit incubator in August 2013, right around the same time Elon Musk proposed the Hyperloop. We were working on a new way to get businesses started online, a platform that brings people together who share the same intention. Elon said he was too busy with Tesla and SpaceX to work on Hyperloop, and he wanted someone else to pick it up. I thought it was a perfect fit.

We had a meeting, we asked if we could put Hyperloop on our platform, they said yes. After we did, we asked our community if we should be working on it. Most of the people not only said yes, they said, “Hey I want to be part of it.”

BI: There are several other companies working on Hyperloop. What advantages do you have over the competition?

AHLBORN: No one can use Hyperloop commercially until we have compatible regulations, but we have been working with the largest reinsurance company in the world, and after a year of talking with us, they tell us they can insure our company. We’re the only ones that have insurance, and we are actively working to create these policies so we can go to governments and say, “Here’s a license for this technology, here’s the insurance, and we’re working with safety institutes to create guidelines for everything.”

BI: How likely is a transatlantic Hyperloop route?

AHLBORN: It’s theoretically possible, but I think supersonic flight will always make more sense because you don’t have to build new infrastructure for it. The moment you go underwater, your world has a lot more headaches. If something happens underwater in the middle of the ocean, how do I get you out? And if I get you out, you’re in the middle of the ocean. You could say similar things about an airplane, but from a cost structure, I would estimate that it doesn’t make a lot of sense. especially if we have supersonic flight.

BI: Have you met any public officials resistant to the Hyperloop?

AHLBORN: I don’t remember anyone who didn’t want it. We had one meeting where a transportation minister was skeptical, but now we work now in-country. Normally you wait until a president or transportation minister wants Hyperloop, but here, we’re seeing that change can come from the bottom. We’re doing Ohio-Chicago in the US, and that has been done on a local level. Citizens put together consortium, have organized the financing, and wrote a letter to Donald Trump. It started there.

We realized that we had to do more than just build a company, we had to build a movement. That’s what it is today. Actually, now it’s an industry. 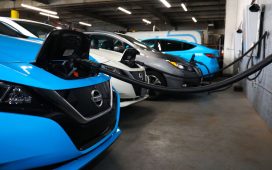 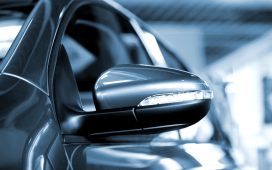 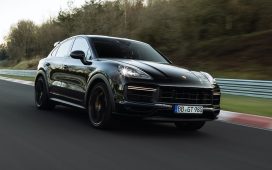