The darkening gloom around May

Theresa May starts the week at Number 10 facing new indications that her premiership is in its final death throes.

The prime minister’s determination to hold on to office and push some kind of Brexit deal through the Commons is not in doubt. But there are three sets of stories that suggest the mood around her is becoming increasingly dismal and desperate.

First, there is a growing panic inside her cabinet over the outlook for Brexit. Until now, pro-Europeans like Philip Hammond, Greg Clark and Amber Rudd have backed Mrs May as she tries to forge a cross-party deal with Labour that gets her Brexit pact across the line.

But according to The Times, these ministers have given up all hope of Labour agreeing to such a deal. Instead, they now want Mrs May to go down an alternative route, holding indicative votes in the Commons to try to find a way forward.

The trouble is, this is pretty desperate stuff. A shift to indicative votes would be fraught with difficulty. Labour would have to agree to the procedure (far from guaranteed). Previous attempts at indicative votes have failed to secure a clear majority for any single way forward.

And even if you could use this process to find a majority for some version of Brexit, you would still have to get the Withdrawal Agreement Bill (and NI backstop) through the Commons — which looks pretty much impossible.

The second bad omen for Mrs May comes with the latest opinion polls on the European elections.

Read More   The Bank of England's biggest problem? The City of London

Two polls at the weekend — Opinium and ComRes — show Nigel Farage’s Brexit party storming to victory. As the FT reports, the polls also show the Tories trailing behind in fourth place behind the Brexit party, Labour and the Lib Dems.

Meanwhile, arch-Brexiter Jacob Rees-Mogg has lost no opportunity to twist the knife by spelling out how big the meltdown will be when the election results come through.

“The majority of the people at [Conservative] associations I’m addressing — and these are members of the party — tell me they’re voting for the Brexit party,” he said today on LBC. “I don’t see how a leader can go on so removed from the support base of the party membership.”

The final bad omen is the growing sense that the political calendar is working against Mrs May. True, Conservative MPs cannot hold a leadership contest to try to topple Mrs May until November. But it emerged last week that the National Conservative Convention, an 800-strong body of Tory activists, will hold an extraordinary general meeting on June 15 at which its members will be able to pass judgment on the PM’s performance over Brexit.

One loyal senior minister tells The Sun today: “If she can’t find a majority for Brexit in the next couple of weeks, does she really risk abject humiliation at the national convention on June 15? Or does Philip [her husband] sit down with a whisky and tell her it’s time.”

Mrs May will doubtless try to find some way forward. But the “whisky with Philip” looks an increasingly likely denouement. That takes us into a summer leadership contest in which Boris Johnson champions a hard Brexit and a much more aggressive approach towards Brussels.

“ . . . some of the European countries that once accused private equity of representing a rapacious and unwelcome form of capitalism have seen a boom in deals and are bending over backwards to attract London-based firms and executives.” (Javier Espinoza, FT)

Don’t be fooled: another referendum would be an unacceptable confidence trick

“Spare a thought for the consequences if the vote kept us in the EU. This wouldn’t be a prodigal’s return with kisses from Juncker, Selmayr and the ever lovely Verhofstadt. It would be a humiliating crawl back by a country which had failed, whose elite had so discredited itself that it would have to put up with anything the EU cared to impose.” (Austin Mitchell, BrexitCentral)

On the road with the Brexit Party: Is Nigel Farage about to blow up British politics?

“With the announcement that they are now recruiting 650 candidates to contest the next generals, it is clear that Farage does not intend for this to be a flash in the pan movement. He is hoping to tap into something deeper, and to resonate and change British politics at its very core.” (Finn McRedmond, Reaction)

High-earning hotspots soared in price after the financial crisis — but some have suffered since the Brexit vote. 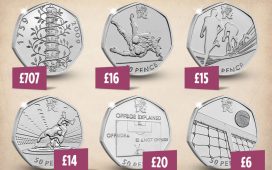 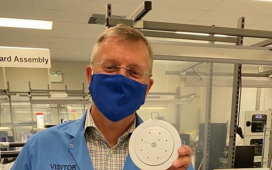