Wells Fargo CEO Charles Scharf said he is betting on “more significant rate hikes” as the Federal Reserve tries to rein in high inflation, and that the economy is not as prepared as it should be.

“I wouldn’t bet on a number, but I would bet on more significant rate hikes,” Scharf told CNBC’s Sara Eisen at the Aspen Ideas Festival on Wednesday, adding that he considers 50 and 75 basis point hikes to be “significant themselves.”

“Is it going to be more than that? Maybe, but it would require some change in the data to see something like that,” he said.

Fed Chair Jerome Powell said Wednesday at a European Central Bank forum that he would not allow inflation to take hold of the U.S. economy.

Those comments follow several rate hikes from the Fed in recent months, including a 75 basis point hike in June that was its largest since 1994.

Scharf said that he gives the Fed credit for being “very clear about how they’re going to think about what the right movements are going to be.”

“They’ve done as they started this what they said they were going to do, and they’ve been very clear that they intend for it to continue,” he said.

However, Scharf said that while the consumer and small businesses have been strong, the impact of rising rates has not been factored into the broader economy.

“We know rates are going up, it couldn’t be clearer,” he said. “We know that consumers and businesses, while strong today, are going to see deterioration, and we’re going to act surprised when it happens.”

Scharf said “that doesn’t mean the world is coming to an end,” but added that “we should do our best to recognize that and focus on what the solutions are.”

The markets and economy are far from oblivious to the situation and the risks. The stock market just finished its worst first half since 1970. Recent CNBC survey data from Main Street and corporate America does show widespread expectations of a recession. The most recent CNBC|Momentive Small Business Survey showed that the vast majority of small business owners expect a recession, and not one chief financial officer responding to the recent CNBC CFO Council Survey said they do not expect a recession.

Powell told Congress on June 22 that inflation has continued to run too hot and needs to come down. The Consumer Price Index in May increased 8.6% compared to the previous year, its highest level since 1981.

“Over coming months, we will be looking for compelling evidence that inflation is moving down, consistent with inflation returning to 2%,” Powell told Congress. “We anticipate that ongoing rate increases will be appropriate; the pace of those changes will continue to depend on the incoming data and the evolving outlook for the economy.”

Disclosure: NBCUniversal News Group is the media partner of the Aspen Ideas Festival. 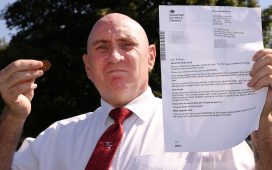 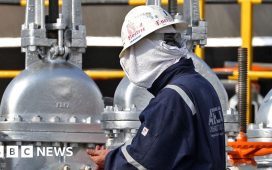 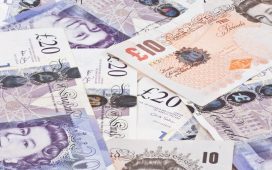