WASHINGTON — Some businesses will not make it through the pandemic-spurred economic crisis. Consumer spending will not fully bounce back even into next year. And there is a serious chance of a double-dip downturn that could permanently scar the American labor force.

Those are some of the major points from the minutes released Wednesday of the Federal Reserve’s two-day meeting in which officials and central bank staff paint a bleak picture of what lies ahead for the American economy.

In the time since that gathering, held June 9 and 10, officials — including Jerome H. Powell, the Federal Reserve chair — have stressed that the economic outlook is deeply uncertain and have warned that containing the virus pandemic will be crucial to a recovery. But the minutes offer a glimpse into the concerns that occupied the Fed’s full slate of policymakers, 17 in all, when they last met.

The officials cited “extraordinary” uncertainty and “considerable risks” to the outlook. A number saw “substantial likelihood” of additional waves of virus outbreaks, with the potential to cause a drawn-out period of economic weakness. And they were concerned that government support could end too early or prove too small to handle the crisis at hand.

“Among the other sources of risk noted by participants were that fiscal support for households, businesses, and state and local governments might prove to be insufficient,” the minutes state.

Fed officials took some comfort in the fact that hiring rebounded in May, with unemployment dropping to 13.3 percent from 14.7 percent, instead of rising as expected. They said the “data suggested that April could turn out to be the trough of the recession.”

Even so, they said it was too early to draw any firm conclusions — and they remained worried about the future.

“The recovery in consumer spending was not expected to be particularly rapid beyond this year, with voluntary social distancing, precautionary saving, and lower levels of employment and income restraining the pace of expansion over the medium term,” according to the minutes.

Mr. Powell has repeatedly warned that consumers will shy away from high-touch activities — think packed restaurants, concerts and casinos — until health risks subside, making a full recovery unlikely until a cure or effective treatment to the coronavirus is found.

His colleagues said voluntary social distancing and structural shifts rooted in the pandemic “would likely mean that some proportion of businesses would close permanently,” even as states moved toward reopening.

The Fed’s June meeting was held as reopening plans swung into high gear in many states, but before a recent resurgence in coronavirus cases in parts of the South and West. There were about 23,000 new cases in the United States on June 10, New York Times data shows. That number skyrocketed to about 48,000 on June 30.

Fed officials have since suggested that a rising number of cases could hamper the economic healing process.

“I would hesitate to call this a recovery, because ultimately the virus will determine the pace at which we can go,” Mary C. Daly, president of the Federal Reserve Bank of San Francisco, said at a Washington Post online event on Wednesday. “A V-shaped recovery is certainly not something that I think is happening.”

Policymakers voiced concerns in June that if the downturn persisted, it could permanently scar the economy by leaving workers out of jobs for long spells, eroding their skills. The minutes also show that they thought virus mitigation strategies might reduce productivity, hampering future growth.

It is not just Fed officials who are worried. The central bank’s staff members, who advise the policy-setting officials and help to guide their understanding of the economy, downgraded their economic forecast from April, when lockdowns were already in full force, the minutes showed. The staff economists expected output to “rise appreciably” and the unemployment rate to decline in the second half of 2020, but they did not expect a complete recovery this year, and warned that “a more pessimistic projection was no less plausible than the baseline forecast.”

In that pessimistic path, another wave of infections will cost growth, increase unemployment and cause price gains to drift lower.

The staff also flagged some risks in financial markets, even as Fed actions — including a series of emergency lending programs — have eased strains since March, when credit conditions seized up as investors realized the full extent of the pandemic and rapidly cashed out their financial positions.

They pointed to “early signs of credit repayment difficulties” in commercial real estate, and said that the “credit quality of nonfinancial corporations continued to deteriorate sharply.” They noted that downgrades in loans to highly indebted companies remained “very high” in April and May, and defaults in corporate bonds had also increased.

Against that glum backdrop, Fed officials chose to leave interest rates at rock-bottom levels in June, having slashed them to near-zero in a series of back-to-back emergency meetings in March.

The meeting included a discussion of future policy paths that the rate-setting Federal Open Market Committee could pursue.

Participants at the meeting said, “It will be important in coming months for the committee to provide greater clarity regarding the likely path of the federal funds rate and asset purchases,” the minutes showed. 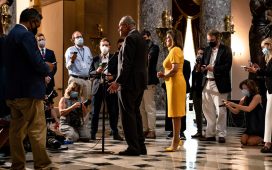 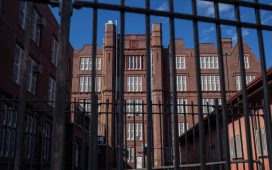 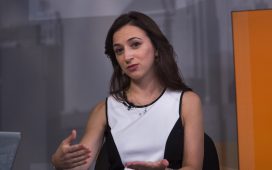 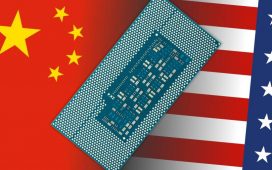