The Guardian view on the Salisbury poisonings: Russia’s responsibility | Editorial


The Salisbury nerve agent attack is about to claim yet another pair of tragic victims. These victims will be the third couple to suffer in the case. The first pair were Sergei and Yulia Skripal, who were found unconscious in Salisbury in March after being exposed to the novichok nerve agent, and who eventually survived. The second pair were Charlie Rowley and Dawn Sturgess, who are thought to have picked up the original bottle containing the novichok that was used to attack the Skripals, as a result of which Sturgess sadly died.

The latest pair of victims are not human – but political. The first of them is UK-Russian relations, which are already difficult and are now certain to be further damaged by the expected UK extradition request, on which we report today, which names two Russians who are suspected of carrying out the Salisbury attack. The other is Russia’s international reputation, which will be diminished both by the investigation that has produced the request and, every bit as bad, by the inevitable scornful dismissal with which the request is certain to be greeted by Moscow and its propaganda machine.

The extradition request is reported to be the product of months of painstaking and dangerous investigation by hundreds of police and intelligence officers, who say they have pieced together the movements of the two Russian suspects, from the moment they entered the UK to the moment of their departure. The investigators believe the novichok was sprayed or smeared on to the front door knob of the Skripals’ house and that both Skripals touched it. They assume the bottle was dropped somewhere in Salisbury before being picked up by Rowley, who gave it to Sturgess. And now they think they know who should be held to account for the crimes. The extradition request will name the suspects.

Ordinarily, this would be a portentous and reassuring moment in the process of bringing to justice alleged criminals who have left the country where they committed their crimes. But this is not an ordinary crime in any sense. This crime embodies the battle between the rule of might and the rule of law. The suspicion is that the attacks were ordered from within the heart of the Russian state apparatus, by Russia’s GRU military intelligence service, in which Mr Skripal was a colonel, before being turned by the UK’s intelligence agency MI6. If that is so, it is an outrageous act of lawlessness and hostility.

Russia is likely to brush the request aside with its now familiar mix of contempt and insult. Last week, the Russian embassy in London was still dismissing Britain’s handling of the Salisbury case as a contradiction of civilised diplomatic relations between states, still accusing Britain of trying to conceal the truth and still claiming that the international reputation now at stake was that of the UK. Expect much more of this mischievous inversion of the truth in the days to come.

It is not enough to be indignant about this. In the destructive fake news world in which Russia is now so heavily invested worldwide, these shameless Russian charges will be heavily recycled. Even in Britain, some people are so mistrustful of any official statement that they will believe the Russian denials instead. Others will wonder whether there might be a grain of truth in their rebuttals. Some politicians, even here, will hide behind the slightest uncertainty or suggestion that the full facts have not been tested. That is why it is so important that the UK authorities do everything they reasonably can to shed the maximum light on the facts, and not hide unnecessarily behind the needs of national security.

When Alexander Litvinenko was murdered in London in 2006, Russia’s response was as dismissive then as its response in the Salisbury case is likely to be now. The only effective answer back then was to show the quality of the evidence to a judge-led inquiry. This is what happened in the Litvinenko case; eventually an inquiry was conducted by a retired high court judge in 2015-16. That, though, came more than eight years too late. It would be wrong to delay so long this time. There is a battle for justice to be won in the Salisbury case. But there is also a battle for truth. That needs to be won as well. 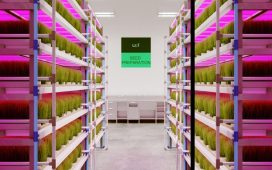