Journalists in Indian-administered Kashmir are struggling to make ends meet amid a months-long communications blockade that has only partially been lifted. The BBC’s Priyanka Dubey visited the region to find out more.

Muneeb Ul Islam, 29, had worked as a photojournalist in Kashmir for five years, his pictures appearing in several publications in India and abroad.

The government’s move came a day before its announcement that it was revoking the region’s special status – a constitutionally-guaranteed provision, which gave Kashmir partial autonomy in matters related to property ownership, permanent residency and fundamental rights.

The controversial decision catapulted the Muslim-majority valley into global news – but local journalists like Mr Islam had no way to report on what was going on. And worse, they had to find other things to do because journalism could no longer pay the bills.

By January, the region had not had access to the internet for more than 150 days, India’s longest such shutdown.

“I chose journalism because I wanted to do something for my people,” Mr Islam explains. “I covered this conflict-ridden region with dedication until the loss of Kashmir’s special status put a full stop on my journey.”

In January, the government eased restrictions and allowed limited broadband service in the Muslim-majority valley, while 2G mobile coverage resumed in parts of the neighbouring Jammu region. But mobile internet and social media are still largely blocked.

India says this is necessary to maintain law and order since the region saw protests in August, and there has also been a long-running insurgency against Indian rule. But opposition leaders and critics of the move say the government cannot leave these restrictions in place indefinitely.

For months, Mr Islam says, he kept trying to report and file stories and photos.

He then tried to file his stories on a landline phone: he would call and read them aloud to someone on the other side who could type it out. But, as he found out, his stories didn’t earn him enough money to cover the cost of travelling for hours in search of a working landline.

And Mr Islam was desperate for money because his wife was ill. So he eventually asked his brother for help, finding work carrying bricks on a construction site in his neighbourhood in Anantnag city. It pays him 500 rupees a day.

Mr Islam is not the only journalist in Kashmir who has been forced to abandon their career for another job.

Another journalist, who did not want to reveal his name, says he had been working as a reporter for several years, but quit the profession in August. He now plans to work in a dairy farm.

Yet another reporter, who also also wished to remain anonymous, says he used to earn enough to comfortably provide for his family. Now, he barely has money to buy petrol for his motorcycle.

“I have no money because I have not been able to file any story in the last six months,” a third reporter, who spoke to the BBC on the condition of anonymity, says. “My family keeps telling me to find another job. But what else can I do?”

In December, people were given limited access to the internet at a government office in Anantnag, but this hasn’t helped local journalists. The office, Mr Islam says, is always crowded and there are only four desktops for a scrum of officials, students and youngsters who want to log on to respond to emails, fill exam forms, submit job applications or even check their social media.

“We have access for only for a few minutes and the internet speed is slow,” he explains. “We are barely able to access email, forget reading the news.”

What’s more, Mr Islam says those who work at the office often ask customers to show them the contents of emails. “This makes us uncomfortable, but we don’t have a choice.”

Many journalists say that they have been completely cut off from their contacts for months now, making it hard to to maintain their networks or sources.

They also speak of how humiliating it is to beg for wi-fi passwords and hotspots at the cramped media centre in Srinagar, which has less than two dozen computers for hundreds of journalists.

This has left publishers in the lurch too. “My reporters and writers are not able to file,” says Basheer Manzar, the editor of Kashmir Images.

He still publishes a print edition, he says, because if he doesn’t do so for a certain number of days in the month, he will lose the license.

But the website continues to struggle, he adds, because most of the readers in Indian-administered Kashmir have no access to the internet. 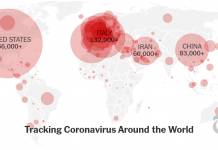 Trump Again Promotes Use of Unproven Anti-Malaria Drug; Deaths in Country May Be Undercounted – The New York Times

Are these the world’s toughest cable for your MacBook and iPhone? – ZDNet 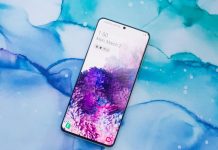 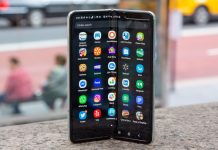 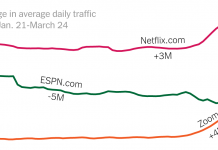 The Virus Changed the Way We Internet – The New York Times

My favourite film aged 12: The Net 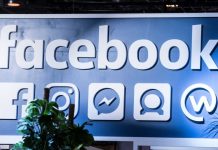 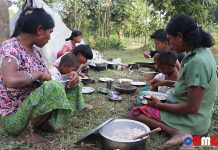 How to add a boarding pass to your iPhone Wallet and simplify your air...