The Latest: O'Rourke says there's 'nothing to be afraid of'

Democrat Beto O’Rourke told a hometown El Paso crowd that it’s time to “show the country that there is nothing to be afraid of when it comes to the U.S.-Mexico border.”

O’Rourke spoke Monday at a baseball stadium across the street from the arena from where President Donald Trump was promoting his U.S.-Mexico border wall. Cheers from Trump’s fans could be heard at the counter-protest.

O’Rourke says, “The judgment of history is looking back at this moment.” The former congressman is mulling a 2020 presidential run, and many in the crowd yelled for him to announce his candidacy. But O’Rourke said only, “This is where we make our stand.”

Police did not give official estimates on O’Rourke’s crowd size, but it appeared to exceed 5,000, in contrast to Trump’s estimate of a few hundred.

President Donald Trump is boasting about the size of the crowd attending his rally in El Paso, Texas, versus that for former Democratic Rep. Beto O’Rourke.

Both are speaking in El Paso. Thousands attended O’Rourke’s event, but Trump estimated the crowd at 200 or 300 people. He claimed: “That may be the end of his presidential bid.”

Trump says O’Rourke has little going for himself and noted that he lost a Senate race to Republican Ted Cruz. The president did credit him for having a “great first name.”

The ex-congressman is still deciding on a presidential run. But treating the political world to 2020’s first dueling rallies may indicate O’Rourke is ready to join the race.

Democrat Beto O’Rourke says El Paso, Texas, is “one of the safest cities in America — safe not because of walls but in spite of walls.”

O’Rourke headlined a protest Monday night across the street from an arena in which President Donald Trump is promoting his long-promised border wall between the United States and Mexico.

The former congressman, who is considering a presidential run in 2020, says, “We are making a stand for the truth.”

He says, “Walls do not save lives, walls end lives,” citing the danger to asylum seekers who are rejected by the U.S.

Protesters are chanting “Beto!” during breaks in O’Rourke’s speech.

Donald Trump Jr. is telling a crowd in Texas that Democratic lawmakers are fighting more for immigrants in the U.S. illegally than they are for the American people.

Trump Jr. spoke Monday night shortly before his father was due to address the crowd in El Paso.

He says he loves seeing young conservatives at the rally. He tells them “to keep up that fight, bring it to your schools. You don’t have to be indoctrinated by these loser teachers that are trying to sell you on socialism from birth.”

Trump Jr. is also mocking those attending the rally of Democrat Beto O’Rourke, who is marching with thousands of protesters decrying the border wall that the president is in town to promote.

Trump Jr. says that if the protesters chanted “USA” at the O’Rourke rally, “I don’t know what would happen to you, but it wouldn’t be good.”

Republican Sen. Ted Cruz of Texas says that when it comes to immigration, Texans understand something very simple: “It is time to build the wall.”

Cruz warmed up a crowd in El Paso on Monday night before President Donald Trump was due to speak. At the same time, Cruz’s 2018 Democratic opponent, Beto O’Rourke, marched with thousands of protesters to decry the border wall Trump was in town to promote. O’Rourke is considering a 2020 presidential run.

Cruz says the goal is to “stop the human traffickers, stop the drug traffickers and build the wall.”

Cruz also says Texans welcome legal immigrants, but that they need to “stand in line” and “follow the rules.” The crowd roared in agreement.

Beto O’Rourke is marching with thousands of protesters through the streets of El Paso, Texas, decrying a border wall that President Donald Trump is in town to promote.

Wearing a black fleece pullover and stopping every few steps to hug supporters, O’Rourke is among a group walking close to the U.S.-Mexico border and along the city’s existing border fence.

The group is heading to a venue across a small side street from the arena where Trump is holding his own a rally.

O’Rourke told the crowd, “You make El Paso proud and you make the country proud.”

Protesters chanted “No wall!” and “Viva Beto!” as they proceeded.

President Donald Trump headed to the Texas border Monday to argue his case that walls work as Democrats spurn his demands for billions to build such a barrier.

Trump is bound for El Paso, aiming to reshape the debate around the wall following a damaging shutdown fight and with his signature 2016 campaign promise hanging in limbo. In a case of pointed political counterprogramming, Beto O’Rourke, the former Democratic congressman from Texas now mulling a presidential run, planned an evening El Paso march and rally against the wall with dozens of local civic, human rights and Hispanic groups.

The rallies launch a crucial week for Trump as Democrats and Republicans remain locked in negotiations over border wall funding ahead of a midnight Friday deadline that could force another government shutdown. 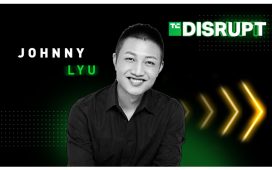