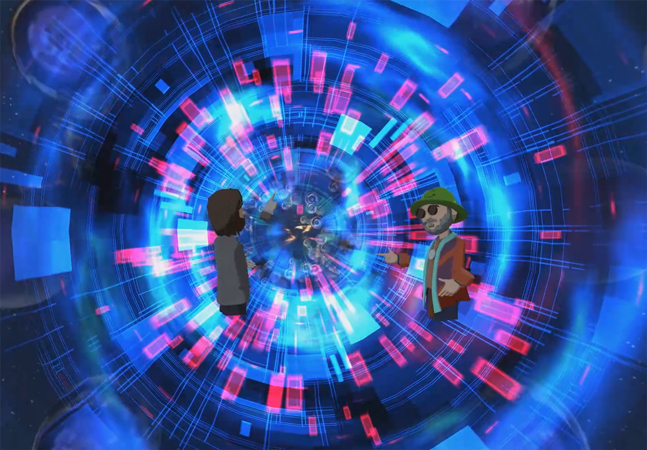 The emerging metaverse hasn’t quite coalesced into a “thing” yet, but everyone pretty much agrees it’s going to shake things up across the board, including a lot of jobs.

That includes software developers, who are now deciding if they should venture into the world of 3D virtual worlds, augmented reality, cryptocurrency, NFTs, blockchains, a distributed internet, decentralized autonomous organizations and so on. In making that decision, they must weigh a lot of factors and ask a lot of questions. Can software developers make a lot of money in the metaverse? How much? How and with what will they be paid?

It’s a brand-new ballgame, and these considerations are still shaking themselves out.

With the metaverse not yet well formed, good places to investigate these issues are early-adoption areas like gaming and NFT commerce, forerunners of the expected massive corporate presence initiatives that may see tech operations and business conducted largely online.

For example, Microsoft, in announcing its acquisition of game development company Activision Blizzard early this year, said, “This acquisition will accelerate the growth in Microsoft’s gaming business across mobile, PC, console and cloud and will provide building blocks for the metaverse.” In fact, none other than CEO/chairman Satya Nadella weighed in on the buyout and signaled its importance to more mainstream metaverse future.

“Gaming is the most dynamic and exciting category in entertainment across all platforms today and will play a key role in the development of metaverse platforms,” Nadella, said. “We’re investing deeply in world-class content, community and the cloud to usher in a new era of gaming that puts players and creators first and makes gaming safe, inclusive and accessible to all.”

Metaverse Gaming Pioneers: ‘Game Developers Can Be Key’
“Game developers can be key,” says a recent article on the Finance Magnates” site. “In order to gain and keep users, there must be a hook, and no one is more adept at building environments that connect with the imagination and activate mental reward circuits than game developers who fully comprehend the mechanics of an addictive digital experience.

“For this reason, we should perhaps look to the games industry as a place from which compelling metaverse-type environments might emerge, appealing not only to a subsection of NFT and crypto enthusiasts but to the mainstream. What’s more, the games industry has deep pockets, and can build through every market cycle, including so-called crypto winters.”

With their early entry into the metaverse ecosystem, game developers are now experiencing new things that may well translate to future mainstream enterprise-oriented software development.

And one of the things they are experiencing is a pay problem.

A new trends report from Newzoo sheds light on the issue, which is actually widespread and not endemic to the metaverse. Newzoo uses gaming platforms, specifically Roblox, as an example in its report titled “The Metaverse, Blockchain Gaming, and NFTs: Navigating the Internet’s Uncharted Waters.”

Roblox is both an online gaming platform and game creation system, wherein developers can build games for others on the platform to use. Newzoo describes it as one of the most popular games on the planet and says it provides a peek into the future of virtual worlds. However, there’s a catch for Roblox developers.

“Developers building on Roblox only retain a small percentage of the revenue they generate,” the report said. “As opposed to traditional distribution platforms like Steam and Google Play, which feature a standard 30 percent cut on all game or in-app purchases for most developers, Roblox takes a much higher fee — close to 75 percent — from game developers building on its platform. This is substantial, even when compared to Meta announcing a 47.5 percent take rate for Horizon Worlds, a move that generated ample community backlash.”

Indeed, Meta (formerly Facebook) caused quite a stir for that April announcement that was reported by CNBC, which said the company “is planning to take a cut of up to 47.5 percent on the sale of digital assets on its virtual reality platform Horizon Worlds, which is an an integral part of the company’s plan for creating a so-called ‘metaverse.'”

Meta also stirred controversy with a virtual reality headset charging scheme, as reported by Financial Times. “Meta is facing a growing backlash for the charges imposed on apps created for its virtual reality headsets, as developers complain about the commercial terms set around futuristic devices that the company hopes will help create a multibillion-dollar consumer market,” Financial Times reported.

Furthermore, “several developers told the Financial Times of their frustration that Meta, which is seen as having an early lead in a nascent market, has insisted on a charging model for its VR app store similar to what exists today on smartphones. This is despite Meta chief Mark Zuckerberg being strongly critical in the past of charging policies on existing mobile app stores.”

While some developers have criticized the Roblox revenue/payment scheme, Newzoo points out that the nearly 75 percent skim from developers — said to be higher than those found in many traditional digital storefronts — can be explained by inherent advantages that developers enjoy when using the platform, such as a huge user base and the pre-existing game engine called Roblex Studio that developers can use for their creations.

Payment Methods
Besides payment schemes, another issue being worked out concerns payment methods. Meta, in discussing its Horizon Worlds monetization, said, “We’re beginning to roll out a test with a handful of creators that will let them sell virtual items and effects within their worlds. For example, someone could make and sell attachable accessories for a fashion world or offer paid access to a new part of a world.”

Unsurprisingly, cryptocurrency and NFTs have been identified as potential payment options in the metaverse, but that may not be popular among developers looking to get paid for their metaverse gaming efforts.

Developers may not have a payment choice, though, if the metaverse disrupts what we traditionally think of as “money.”

“The definition of what counts as money in the Open Metaverse is likely to be very different from what counts as money in the real world today,” says financial powerhouse Citi in a paper titled “Metaverse and Money: Decrypting the Future.” It says, “We expect different forms of cryptocurrency to dominate, given the inherent multi-chain trend in the crypto ecosystem, but to coexist with fiat currencies, CBDCs, and stablecoins.”

Furthermore, Citi said: “For creators and builders, it is important that the Metaverse form of money is easily accessible, has predictable fees, and is convertible to real-world currencies of choice. We could foresee a future where streaming packets of money flow in the opposite direction to streaming content from decentralized Netflix-like apps. Also, depending on how we define embedded finance, nearly all payment in the Metaverse could be embedded finance payments.” 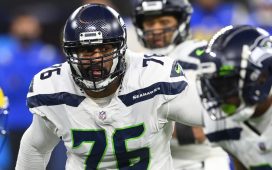 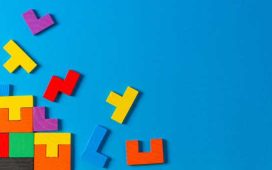 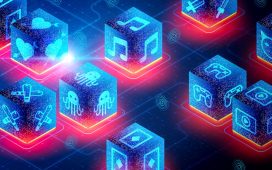