In December, the national ACS honored the Midland section with a record total of 11 ChemLuminary awards recognizing 2019 programming, including an Outstanding Performance by a Local Section Award — for the eighth year in a row. 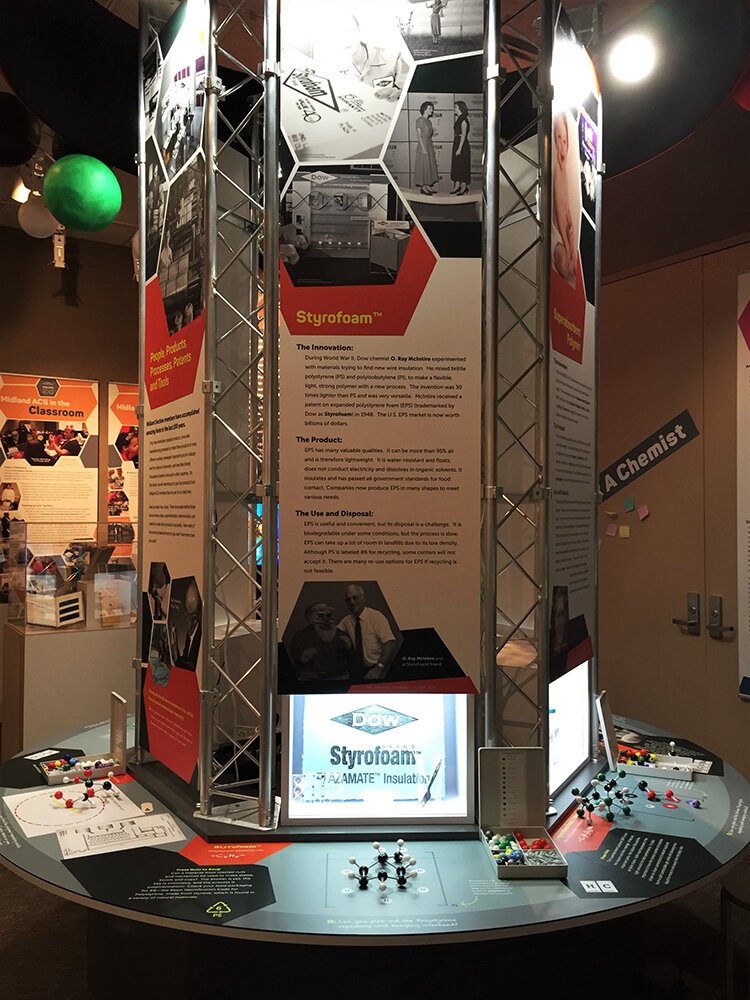 Exhibit attendees had the chance to experience interactive exhibits, including modeling important compounds developed by The Dow Chemical Company and Dow Corning Corporation.

“The growth of Midland is tightly tied to the chemical industry. There was Dow initially, and then Dow Corning came on the scene too in the 1940s,” says Midland ACS outreach chair Gina Malczewski, Ph.D. “Both of those were very strong companies that employed a lot of people in Midland, so it was definitely the chemistry enterprise that helped Midland grow. The people who worked at Dow and Dow Corning were very much interested in the quality of life in the community in which they lived.”

In light of its 100th anniversary, the Midland ACS section wrapped up the first installment of an interactive exhibit highlighting the pivotal role chemistry played in the region’s history. The Centennial exhibit ran from May 2019 until January 2020 at the Herbert D. Doan Midland County History Center. Midland ACS plans to feature the exhibition again in 2021 at Central Michigan University and at other locations in upcoming years. 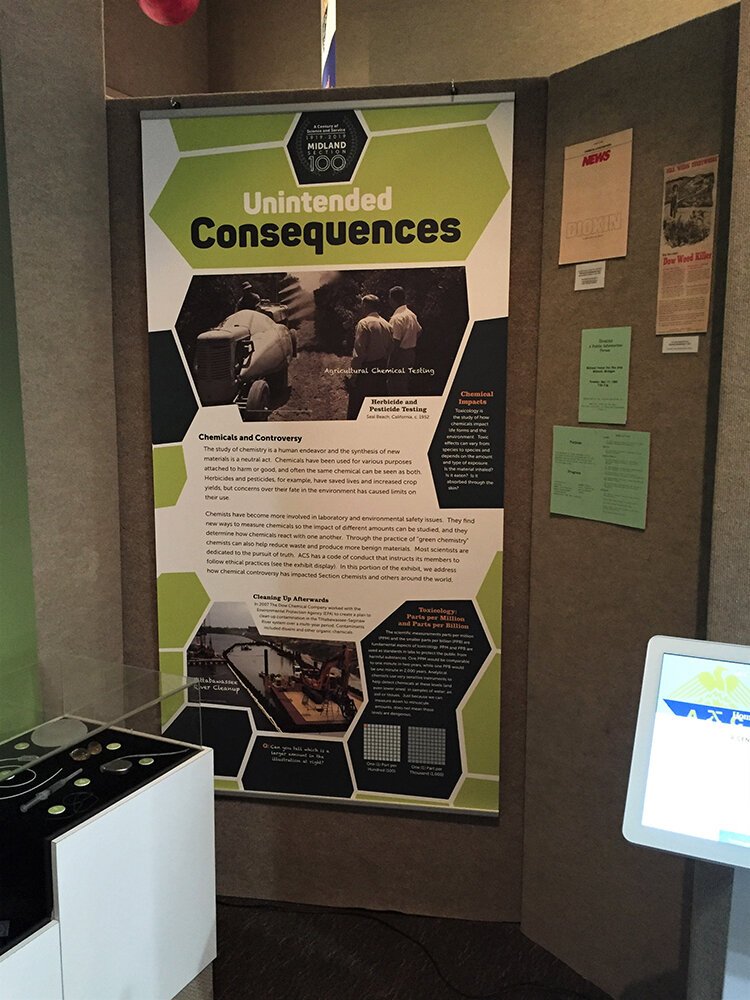 This display shed light on the potential problems that can result from scientific innovation.

Attendees enjoyed hands-on opportunities to make structural models of important compounds developed by The Dow Chemical Company and Dow Corning Corporation, including Saran and polystyrene. Throughout the exhibit, explanations and artifacts guided visitors in making connections between chemistry innovations and economic and cultural development in the region.

In an exhibit segment called “Unintended Consequences,” Midland ACS explored the controversies that can result from scientific discovery. Using locally relevant examples like the dioxin contamination problem and breast implant issues, the group shed light on the importance of using ethical principles to guide innovation. The “Unintended Consequences” display contributed to Midland ACS winning the Outstanding Local Section Programming Related to the Promotion of Ethics in Chemistry Award from national ACS.

Attracting growth and advancing inclusion since 1919

The Midland ACS got its start in 1919 as a result of efforts by H.H. Dow and William J. Hale, along with other local chemists. Faced with limitations on travel and communication caused by World War I and Midland’s relatively remote location, The Dow Chemical Company leaders hoped opening a local ACS section would support cutting-edge chemical science in the area.

“Having the section of the ACS located in Midland gave the people a great opportunity to invite speakers and interview people for jobs by having them in to speak at ACS meetings,” says Malczewski. “The section meetings were extremely important in the early days, not just for the people to communicate the chemistry they were doing to one another but also as a social occasion where people could get together and relax a little bit.”

In addition to speakers and technical programs, section meetings featured entertaining skits, music and film showings. Over time, the section grew to include educators, laboratory technicians, and others interested in science. ACS does not place limits on membership eligibility – anyone can join. The Midland section currently comprises about 600 members. 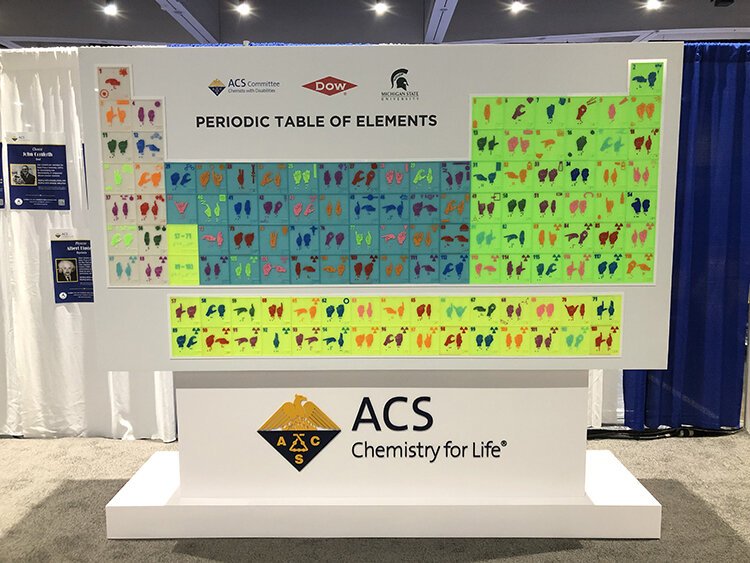 The section created a touch-accessible periodic table featuring braille and American Sign Language, winning them a Chemists with Disabilities Inclusion Award. Midland ACS sees making chemistry accessible to diverse audiences as an essential part of i

Although many of us may see chemistry as daunting, understanding chemical concepts can help us make sense of the science behind modern technologies and current events. Midland ACS sees making chemistry accessible to diverse audiences as an essential part of its mission.

The section’s leaders credit the creativity and commitment of its members for keeping the ideas flowing and ensuring long-lasting community impact. “We have a core group that is fairly dedicated and motivated, and that is what keeps the section going,” says Malczewski.