The mind-bending world of financial hybrids


Even for someone who loves writing about adventurous investment ideas, I feel like I’m walking on eggshells when I talk about financial hybrids. This is an alternative universe of structures which look and smell like the coupon-paying bonds issued by banks, building societies and insurers, but which sometimes have risk characteristics more in common with junior equity. They are also laden with mind-blowing acronyms and jargon, all of which matter hugely.

The main distinction is between old-style instruments issued prior to the financial crisis of 2008-09, and subsequent “newer” versions structured so that they can be turned from bonds into equity under certain conditions.

Within older vehicles there are further nuances relating to the nature of the issuer. Examples are the preference share issued mostly by banks and insurers and permanent interest bearing shares (Pibs) issued by building societies (mutuals with members rather than investors).

The newer kids on the block include the “riskier” contingent convertible bonds (Cocos) issued by banks and building societies as well as CCDS (contingent capital deferred shares) issued by the latter as a form of external equity.

There is also a fiendishly complicated nether world of legal distinctions. Some perpetual notes, for instance, can be called (or redeemed) at the issue price or “at par” despite trading above that level. Then there’s the thorny issue of whether said securities are cumulative (if the issuer can’t afford to pay at one stage, they roll up the payments) or non-cumulative (tough luck, wait until they can afford to pay). And many structures have a discretionary element built into them that allows the issuer to defer a payment.

Given their complexity, one might ask why investors bother. The answer is that high-quality financial issuers were in the past prepared to pay out juicy coupons. Even with the instruments trading in some instances at well over the issue price, current yields can still comfortably exceed 6 per cent, paid out in some cases ad infinitum, with relatively low levels of risk.

Though the issuer might go bust, banking regulators have gone the veritable country mile in the last few years to ensure that these institutions have much larger capital buffers intended to withstand any big losses that might emerge — for instance, as a result of coronavirus fallout.

The tougher regulations arguably make the banks, societies and insurers less profitable but financially stronger and thus better able to pay back the capital and sustain the interest coupons. Last month in this column I listed retail bonds which paid somewhere between 4.5 and 6.5 per cent but if I’m honest I’d much prefer the counterparties in the table below any day.

As I already hinted, there is a catch — or two. The first is that regulators worry that old-school hybrids, as legacy structures, get in the way of burden sharing (not leaving the Treasury on the hook) and protecting depositors. So they’ve been relentlessly encouraging the issuers to clean them up — which is code for killing them off and replacing them with structures such as Cocos. These behave like high-yield bonds until the bank runs into trouble and turns them into high risk equity.

The issuers have also played hard ball in the past without any nudging from regulators. Aviva, for instance, which had its own preference shares, inherited some others — of the perpetual variety — after it took over General Accident. On the face of it these GA prefs looked attractive, yielding over 6 per cent. But a few years ago Aviva tried to take out the structures and redeem them at par — they currently trade well above their face value. The ensuing rumpus was not a pretty sight to behold and eventually the management backed down. It is possible Aviva could have another go in future, though, as it found out, there can be reputational damage if the issuer is too heavy handed. Issuers now think more carefully about doing anything that might upset investors.

You’ll note my focus on redeeming a security and whether it is cumulative or not. Most preference shares cannot be called or redeemed — though that doesn’t stop issuers trying — but some Pibs and other perpetual hybrid structures can be called at par on certain dates. And if the issuer runs into trouble and cannot afford those payments, then under non-cumulative terms it can stop or defer paying the coupon.

If all this wasn’t confusing enough, you need to keep a wary eye on whether the price you see on screen — which usually features yawning bid offer spreads of around 5 per cent — is “dirty” or not. That’s not a smutty reference, but a description of whether the screen price (usually of a preference share) includes the accumulated interest (in which case it is) or excludes it.

By now you will see this is both a complex and controversial niche within the much broader segment of finance sector bonds and loans. In the table below I’ve highlighted a selection of what I think are the most interesting and liquid structures from issuers we’ve all heard about.

I have no preferences except to say that more than a few active investors in this space highly rate the General Accident structures (two of them), despite my comments above.

As an aside, one small investment trust operating in this area, run by a fund manager called Axiom, has a decent slug of the National Westminster perpetual preference shares listed below. This fund (ticker AXI) is a closed-end fund listed on the UK market called the Axiom European Financial Debt Fund Ltd. It invests in many of these hybrids and has UK exposure of around 38 per cent, according to its fact sheet at the end of April.

It seems like a sensible way to diversify your exposure to this complex space and has a running yield of about 7 per cent and at 86p a share traded on a discount of around 2 per cent to NAV the last time I looked. Bear in mind, though, that all that diversification means there are also lots of European financials in the basket of securities — with Italy, Spain and Portugal amounting to 39 per cent of the fund’s value.

David Stevenson is an active private investor. He has interests in securities where mentioned. Email: adventurous@ft.com. Twitter: @advinvestor

How to cope with financial stress and anxiety during troubling times 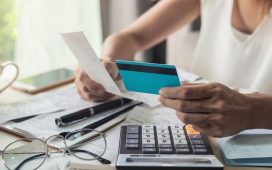