‘The need to fortify your house shows weakness’: Heavily secured White House at odds with its long history as ‘the people’s house’ 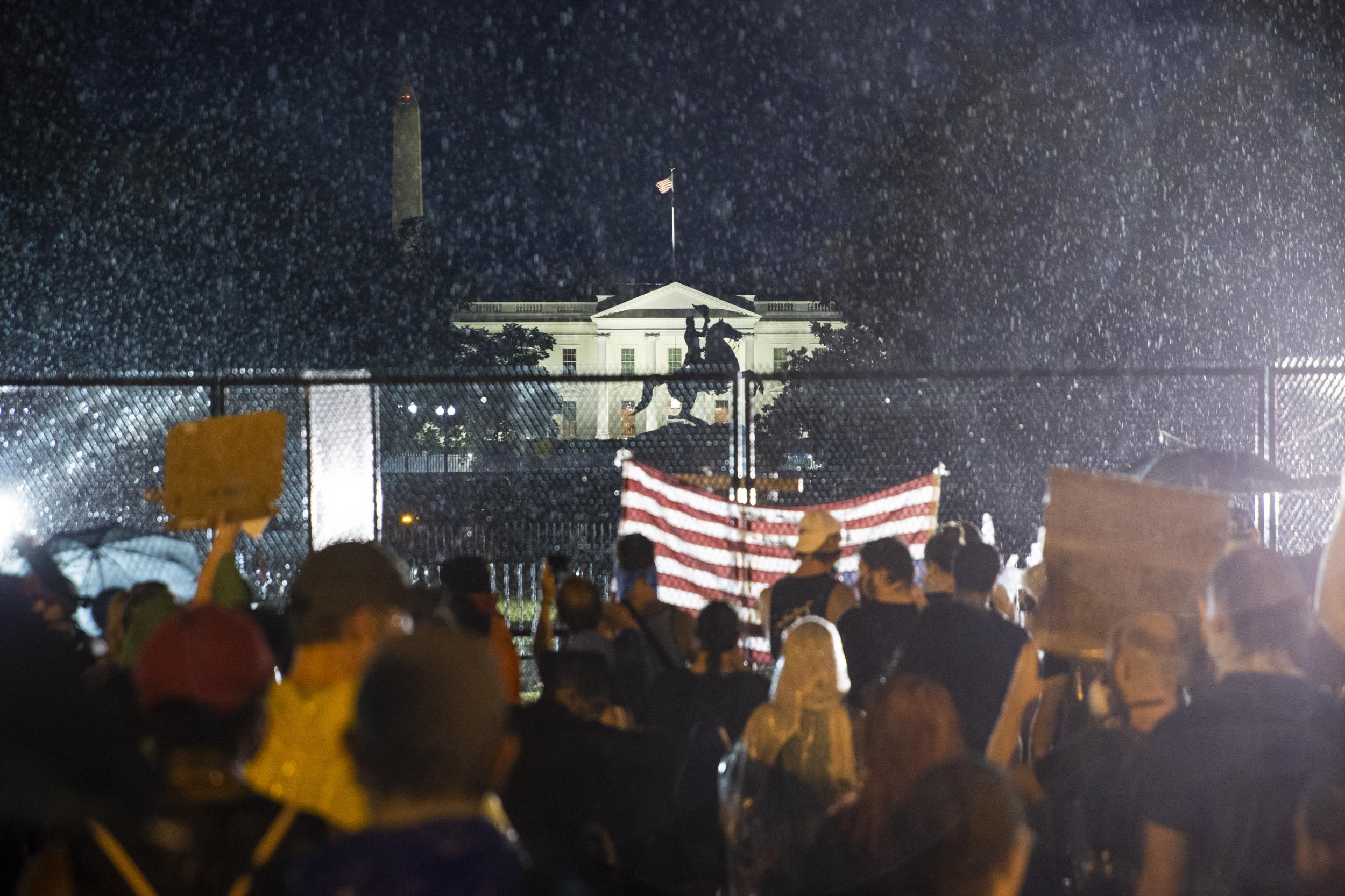 The security perimeter around the White House keeps expanding. Tall black fencing is going up seemingly by the hour. Armed guards and sharpshooters and combat troops are omnipresent.

In the 72 hours since Monday’s melee at Lafayette Square, the White House has been transformed into a veritable fortress – the physical manifestation of Donald Trump’s vision of law-and-order “domination” over the millions of Americans who have taken to the streets to protest racial injustice.

The White House is now so heavily fortified that it resembles the monarchical palaces or authoritarian compounds of regimes in faraway lands – strikingly incongruous with the historic role of the executive mansion at 1600 Pennsylvania Ave. NW, which since its cornerstone was laid in 1792 has been known as the People’s House and celebrated as an accessible symbol of American democracy.

This week’s security measures follow nighttime demonstrations just outside the campus gates last weekend that turned violent. White House officials stressed that Mr Trump was not involved in the decision to beef up security or to increase the fencing around the compound’s perimeter, with one senior administration official saying that the precautions are not unique to the Trump administration.

Nevertheless, the resulting picture is both jarring and distinctly political – a Rorschach test for one’s view of Mr Trump’s presidency. His supporters see a projection of absolute strength, a leader controlling the streets to protect his people. His critics see a wannabe dictator and a president hiding from his own citizenry.

Mr Trump – who has long gravitated towards strongman leaders abroad and has sought to bathe himself in military iconography – likes the images of police and troops enforcing order, believing they symbolise his toughness and communicate that his crackdown has largely controlled unrest in the streets of Washington, according to White House officials.

Deborah Berke, dean of the Yale School of Architecture, said the White House barricaded as if it were a military base, with multiple layers of black fencing surrounding the limestone Georgian structure, conveys the opposite message and represents a physical violation of democracy.

“I think the need to fortify your house – and it’s not his house; it’s our house – shows weakness,” she said. “The president of the United States should not feel threatened by his or her own citizens.”

The campaign of former vice president Joe Biden, the presumptive Democratic nominee, says Mr Trump’s desire to project toughness will not work with many voters.

“Firing tear gas and shooting rubber bullets at peaceful demonstrators outside the People’s House doesn’t make anyone safer or Donald Trump seem tougher, and it certainly doesn’t address the systemic racism and inequality that has plagued our country for generations,” Biden spokesman T J Ducklo wrote in an email.

Security around the White House has ratcheted up over the years, with Pennsylvania Avenue closed to vehicular traffic following the 1995 Oklahoma City bombing, and a taller permanent fence constructed a few months ago in response to several breaches during the Obama administration.

This week, however, the security perimeter was expanded. Two north entrances along Pennsylvania Avenue NW were closed, with staff and visitors routed to a southwest gate on 17th Street NW.

On Wednesday, a Secret Service agent was stationed outside that gate, a second agent was in a booth checking people’s identification, and someone checked people’s temperatures in a medical tent – a preventive measure in place because of the coronavirus pandemic. Visitors were then taken into a fourth booth for security checks, where they walked through a metal detector and had their bags screened.

Inside the building, however, Secret Service agents occupied their normal guard stands and there did not appear to be a heightened security presence.

District of Columbia Mayor Muriel Bowser, a Democrat, told reporters on Thursday that she is “concerned that some of the hardening that they are doing may be not just temporary”.

“It’s a sad commentary that the house and its inhabitants have to be walled off,” Ms Bowser said. “We should want the White House to be opened up for people to be able to access it from all sides.”

Alyssa Mastromonaco, a former top Obama White House aide who directed operations, decried what she called “an incredibly sad transformation” to the White House this past week.

“Laura Bush believed in opening the White House to the public,” Ms Mastromonaco said. “Michelle Obama took that idea and expanded to the People’s House. She routinely would say, this was not ours; it belonged to the American people. And our job was to make sure there was not one child left in this country who didn’t believe they belonged there. Everyone is good enough to walk through those doors.”

Trump White House officials, too, said they are eager for the expanded perimeter and additional barriers to be removed. The goal had been to spread protesters out to a larger area away from the White House so the crowd didn’t get too large to manage in any one place, explained one of the officials, who like some others interviewed spoke on the condition of anonymity to relate internal discussions.

Attorney general William Barr, whom Trump has placed in charge of coordinating the federal law enforcement response, suggested on Thursday that the military presence and security protocols around the White House probably would soon diminish because officials had seen a dramatic reduction in violence in the preceding two days.

“After assessing the situation last night towards the end of the evening, or maybe early in the morning, I felt that we could afford to collapse our perimeter and eliminate some of the checkpoints and so forth and take a little bit of a more low-profile footprint,” Mr Barr told reporters. “We have seen a sharp reduction in violent episodes.”

Kerri Kupec, a Barr spokeswoman, said the attorney general was referring to the north perimeter, which was being collapsed from I Street to H Street NW.

Some new barriers along the east and west perimeters of the White House are still going up, in preparation for tens of thousands of expected demonstrators this weekend, administration officials said. It was unclear who controls this new fencing along the east and west perimeters, though a Park Police spokesman said all the barriers were managed by the Secret Service.

The Secret Service said in a statement that the closures will be in effect until 10 June in “an effort to maintain necessary security measures surrounding the White House complex, while also allowing for peaceful demonstration”.

Mr Trump has been receiving regular updates from aides about the status of the security perimeter and has closely monitored television news coverage, according to an adviser.

The president has been sensitive to the perception fanned by his critics that he is cowering in a bunker and fearful for his own safety. Aides said he was livid that the media found out that he had been rushed into a secure underground bunker last Friday night with wife Melania and son Barron after several protesters breached the temporary fences near the Treasury Department grounds adjacent to the White House. He had claimed falsely that he entered the bunker only for “an inspection”.

The bunker report has made Mr Trump the subject of mockery on some cable news shows as well as on social media, where some users have dubbed him “Bunker Boy”.

Far from hiding away inside, a senior White House official said, the president has left the grounds twice this week – on Monday for his controversial photo op at the historic St John’s Episcopal Church and on Tuesday to visit the Saint John Paul II National Shrine in Northeast Washington.

Trump aides are divided over the political impact of the recent events. Some believe Mr Trump has “totally botched” his handling of the protests and created “an unmitigated disaster”, according to one outsider adviser.

Kevin Madden, a top aide on Republican Mitt Romney’s 2012 presidential campaign, warned that the images could undermine Trump’s contention that he has the situation under control.

“You’re an incumbent who’s declaring ‘law and order’ and the split-screen shows that there is serious unrest and upheaval, and then there are the images of security barriers going up around buildings that many Americans have always had free access to,” Mr Madden said. “That change can oftentimes really shape perceptions in a challenging way.”

But other Trump advisers argue that the president stands to benefit politically once the unrest passes since he has positioned himself as a law-and-order commander in chief who is protecting the public’s security and safety.

Senator Lindsey Graham, R-S.C., who spoke with the president on Wednesday night, said: “It’s probably necessary for the moment in which we live. It will pass.”

Past presidents have resisted security suggestions at and around the White House that could stoke fears that the government was under threat.

Following the 1941 attack on Pearl Harbor, President Franklin D Roosevelt baulked at efforts to fortify the White House, which at the time had been open to casual visitors strolling the grounds during the day, according to historian Doris Kearns Goodwin.

Fearful about a bombing attack, the Secret Service wanted Roosevelt to cover skylights with sand, to camouflage the White House, to paint the windows black, to stand up machine-gun emplacements and to build a bomb shelter, Ms Goodwin said.

“FDR rejected most of these recommendations, though he finally agreed, ‘with not a little annoyance,’ to the construction of a shelter in the Treasury Department,” Ms Goodwin said in an email.

Scott Berg, a professor at George Mason University and the author of “Grand Avenues,” a history of the creation of Washington, said Pierre L’Enfant designed the nation’s capital as “a stage for the enactment of America’s experiment in federalism and democracy”. Mr Berg said the connection between this ceremonial and performative space and the nation’s people risks being lost.

“There are impenetrable walls, like what you’d put around a prison,” she said. “We all want to believe in the postcard vision of the White House, that you as a citizen can walk past it and see it, that its lawn and greenery and elegance and spaciousness extend to you as a citizen, that the president lives there but he is a citizen just like the rest of us. All of that is somehow denied by building a wall around it.” 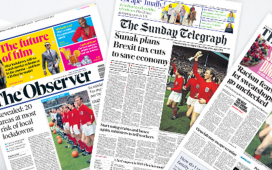 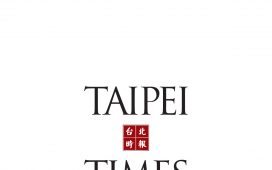 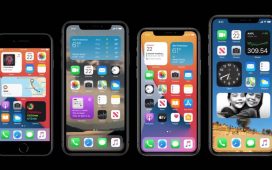 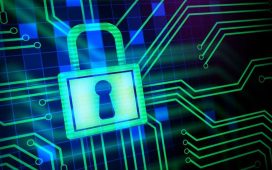