BROCKTON – The polls are now closed in Brockton as the city awaits results from Tuesday’s preliminary election, which featured six races in multiple wards.

The preliminary election serves as a way to narrow down the number of candidates who will appear on the ballot on Nov. 2 for the citywide election. The election will bring every seat down to double the number of seats available, which in most cases is two people.

This year’s preliminary election featured a race for mayor, with all wards voting for one of three candidates, in alphabetical order by last name – Councilor-at-large Tina Cardoso, Eugenie Kavanagh and incumbent Mayor Robert Sullivan.

Two mayoral candidates will appear on the ballot in November, with the winner earning a two-year term.

The top eight vote-getters will advance to the citywide election in November and four will eventually be elected to at-large positions.

There are additional races for city council and school committee that will appear on the November ballot, but most of those races only include two candidates.

Enterprise senior reporter Cody Shepard can be reached by email at cshepard@enterprisenews.com. You can follow him on Twitter at @cshepard_ENT. Support local journalism by purchasing a digital or print subscription to The Enterprise today. 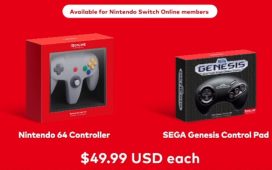