The salesman who flipped a Manhattan building five times

FT premium subscribers can click here to receive Due Diligence every day by email.

Dear dealmaker, meet New York real estate broker Doug Harmon. He has some advice for you: never let the leverage shift away from the seller. Oh, and avoid due diligence at all costs. Not the newsletter, of course, but . . .

Harmon just brokered the sale of the historic Milk Building in Manhattan’s Meatpacking District to Google for $600m — a hundred times what it was sold for in 1996. Can you guess who orchestrated the sale back then? Harmon himself. In fact, he has sold 450 West 15th Street five times in a career that has spanned New York’s latest real estate boom.

The first time he sold the building, the cobble-stoned streets of the neighbourhood weren’t hip and high-end, with some of the most expensive restaurants in Manhattan, that we see now. It was a gritty outpost frequented by transgender prostitutes and known for illicit drugs. The building went for $6m to Moishe Mana and his partner Erez Shternlicht.

Under their ownership, the eight-storey former biscuit factory led the neighbourhood’s turn toward trendy fashion and media companies, including their Milk Studios.

Harmon’s career was transformed in the 1990s. He had dabbled in Hollywood and worked for a chain betting parlour in London after graduating with a degree in psychology from Brown University in 1984, but his real calling came from a tip at a dinner party in Anguilla.

Leona Helmsley — Manhattan’s infamous Queen of Mean — was looking to unload a $5bn property portfolio she‘d inherited from her husband.

Harmon, then 35 and a little-known broker at Eastdil Secured snagged the mandate and set up a separate operation within the firm to handle the sale.

This is where the psychology degree came in handy. Harmon bought Helmsley a dog, whom she named Trouble and left it a $12m inheritance (you’re reading that right).

For his part, Harmon got access to properties he could trade again and again as New York’s property market took off. He also parlayed his Helmsley experience into the 2003 sale of the GM building to Harry Macklowe for a then-record $1.4bn.

Like any great real estate broker, Harmon has an arch nemesis — the so-called Queen of the Skyscraper at CBRE, Darcy Stacom, who regularly battles against him in New York’s favourite blood sport.

Harmon and his team jumped to Cushman & Wakefield in 2016, a perennial laggard in the New York market blessed with a big international network. It also has leasing agents and investment advisers who can provide market intelligence, something Harmon thought was important in appealing to new players. Though we suspect the pay cheque helped too.

Regardless, Harmon and his team have supercharged Cushman’s New York building sales.

In addition to the Milk Building, Harmon is also poised to close on a $2.2bn sale and leaseback of WarnerMedia’s offices at 30 Hudson Yards. A year earlier, his team brokered Jamestown’s sale of Chelsea Market to Google for $2.4bn.

As Harmon says: “Longevity is a brutal competitive advantage!”

Read the full story from the FT’s Joshua Chaffin.

Most football fans will agree that since Alex Ferguson announced his retirement from Manchester United, the English football club has never quite been the same. Sure, he may have kicked a boot at David Beckham’s face following an FA Cup defeat at Arsenal, but Fergie was the glue that held the team together.

Andrea Orcel seems to have had a similar grip as head of investment banking at UBS, or as one banker describes it, “he had his hands around 10,000 throats”. We’re taking that metaphorically, of course.

The Swiss bank has had a difficult time revving up its investment banking engine since Orcel departed for a job at Santander, only for it to fall through later, but DD readers know all about that.

Since this time last year, the bank’s stock has plunged 30 per cent and the past two quarters have produced dramatic declines in earnings at the investment bank and world-leading $2.4tn wealth management unit.

Some insiders are putting it down to the departure of the notoriously hard-charging Italian who dominated the unit for six years. One banker said he was terrified when Orcel was in charge.

It’s that part of his personality, which Orcel himself described as “intense”, that people familiar with the hiring process at Santander have suggested put the Spanish bank’s leadership off. The group’s chair, Ana Botín, is said to have seen a different side to Orcel during negotiations, that didn’t fit Santander’s more consensual, federal structure. In all fairness, we’d probably all fight a little harder for a package said to be worth €50m.

Orcel’s replacements at UBS are also fans of a more tempered attitude. M&A banker Piero Novelli and equity trader Robert Karofsky said it would be wrong to interpret the arrival of a kinder culture at the investment bank as a lack of focus. They say resignations in the advisory and capital markets unit have halved since Orcel left.

The recent drop-off in performance is stark and executives are debating deeper cuts in the wobbling investment bank, which still accounts for a third of the group’s $268bn of risk-weighted assets — more than wealth and asset management combined. Let’s hope they’re not as deep as Beckham’s wound from the flying boot.

What’s that? You’ve heard of her? Right, well of course. But this week Rihanna launched into the firmament a fashion line full of sharp-angled shoes and power suiting backed by luxury goods behemoth LVMH. In doing so, she became the first woman of colour to front a fashion label for the €168bn group — and Fenty became the first fashion house LVMH has built from scratch since Christian Lacroix in 1987. It’s worth noting, the launch of Fenty was the hottest invitation in Paris on Wednesday evening (DD snapped some photos below).

Those with the golden ticket mingled with Rihanna and top LVMH executives in a nondescript building in the Marais and enjoyed Jay Z’s Armand de Brignac Ace of Spades Champagne. It didn’t go unnoticed that bartenders swapped in bottles of LVMH-owned Veuve Clicquot champagne before LVMH boss and majority shareholder Bernard Arnault arrived.

LVMH is best known for haute couture lines such as Christian Dior as well as the litany of upmarket spirits brands under its umbrella.

Fenty, which already has a monstrous beauty business with LVMH (it generated more than $500m in retail sales in its first year) will give the company another price point to hawk its wares.

Items range from about €200 for a corset T-shirt to €1,100 for a reversible coat. Expensive, yes, but less than the cost of a €2,800 Fendi bomber jacket. Besides, a little known fact that has circulated across the FT newsroom of late is that our male readers on average are willing to shell out more on a suit than those of the Wall Street Journal, New York Times, GQ or Esquire. Perhaps one of her new power suits will be a fit for one of our DD readers?

Sadly, it wasn’t all fireworks in Paris retail this week. Hours after editors finished their champagne with Rihanna, the parent company of French retailer Casino entered into the protection of the French courts in order to freeze its debts and avoid bankruptcy for up to 18 months.

Casino chief executive Jean-Charles Naouri may be turning to Rihanna for an umbrella-ella-ella-ella to weather the storm.

The wealth detective Meet Gabriel Zucman, a thirty-two-year-old French economist who finds the hidden wealth of the super-rich. (BBG)

Corporate responsibility The rock star chief executives who once seemed untouchable are facing a reckoning for ethical mis-steps. It’s now ethics, not financial metrics, that are most likely to cause a top executive to be fired, writes the FT’s Gillian Tett. (FT) 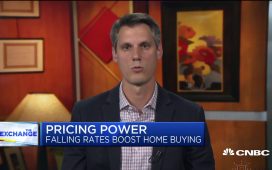 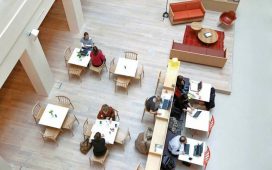 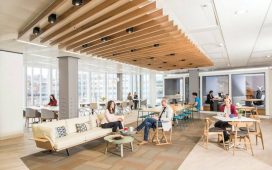