The science behind three key coronavirus rules – do they really stack up?


CORONAVIRUS has left many of us unable to go to work or see our loved ones after various governments enforced rules based on scientific advice.

This has meant in the UK that people should be using social distancing when they are out for their exercise breaks and in supermarkets and where possible on public transport.

It also means households are unable to mix with each other and that people with symptoms should self-isolate for fourteen days.

But new advice from the government has stated that you are allowed to meet people, but only if you stick to social distancing rules.

Another rule supermarkets and stores have put in place is that customers only touch what they intend to purchase, as it was revealed that the virus is also able to survive on various surfaces.

These rules have shifted normal life for many people, but where do they come from and are they effective?

Since the start of the pandemic the UK government has advised people to maintain a distance of two metres where possible.

This is a rule that has been employed in supermarkets and the government has also urged people to do this when they are out in public.

The rule actually dates back to scientist William Wells.

In the 1930s he had been looking into the spread of tuberculosis.

He found that the virus could travel in droplets in various distances.

Governments across the world have adopted different distances when it comes to enforcing social distancing but the World Health Organization suggests you only need to be one metre apart.

There is no evidence to suggest that you can catch the virus when passing someone in the street.

The UK government issued new guidelines at the beginning of May that stated: “When you do need to go out, you should follow the guidelines on staying safe outside your home. Most importantly, this includes the key advice that you should stay two metres apart from anyone outside of your household”.

Scientists have claimed that social distancing has been effective in controlling the pandemic, but highlighted that this could be a combination of both people staying at home and remaining at a safe distance.

If the contact rate of people falls then so does the transmission of the illness.

The reproduction rate (Re) had fallen and at the beginning of March, researchers at Imperial College London estimated that the Re rate had fallen from 3.87 to 1.43, averting 59,000 deaths.

This is while Sir Patrick Vallance told the health select committee that the risk of contracting the illness at one metre was up to 30 times higher than at two.

Previously research has however suggested that people who talk loudly could also spread the infection.

Health experts recommended that quarantine last 14 days for people who have experienced symptoms of the coronavirus such as a new persistent cough and fever.

This two week period is believed to give people enough time for their symptoms to diminish so they don’t spread the virus to other people.

If you have severe symptoms you should call NHS 111 and in an emergency call 999.

The self isolation guidelines were put in place for people experiencing mild symptoms.

This two week period was based on evidence from China.

This time frame takes into account how long it takes viruses to invade cells in the body and then spread.

Once someone catches the virus, it then takes several days to reproduce inside the body before symptoms such as a cough start – which in turn then spreads the virus.

But this meant that people who were asymptomatic to the virus would still be able to spread it as they had no indication that they needed to stay in doors.

The incubation period can however vary in terms of who has the virus.

It’s believed that if strong symptoms of the virus had not appeared in 14 days then the person is not infected.

It was announced last week that the UK would bring in a 14 day quarantine for people travelling by plane.

Research from Imperial College London has suggested that household quarantine is key to fighting the virus.

Researchers also suggested household contact rates would double during the quarantine period, but stated that contacts in the community would reduce by 75 per cent, but only if 50 per cent of each household complies with the policy.

Surface contamination is a key concern for the spread of the virus and supermarkets up and down the UK have urged people to only touch what they intend to buy.

This is while advice has previously been issued that suggests people receiving parcels should wait 72 hours before opening them, just in case there are still traces of the virus on them.

People in the UK have now been urged to wear face masks when going to the supermarket, but the use of masks is not without risk as experts say people are more likely to touch the mask and spread germs.

Professor Chris Whitty has previously said that there will be some transmission from surfaces for up to 72 hours.

If people are not washing their hands regularly it is more likely that the virus will spread, as previously research had suggested that humans touch their faces around 23 times a day.

One study suggested that the virus lasts longest on stainless steel and plastic.

Researchers at the University of Hong Kong suggested that it could also linger on surgical masks for up to seven days.

This is while dermatologists have also advised people to wash their clothes and bedding more often as virus particles can linger within the fabrics.

Yesterday Professor John Edmunds told the House of Lords that there are surfaces where the virus can linger for longer. 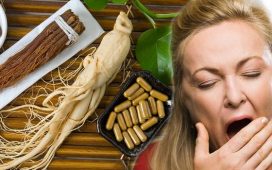 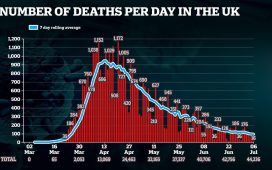 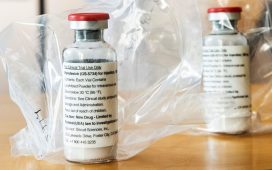 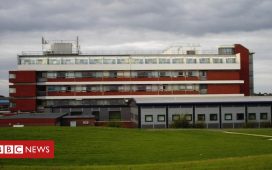