It’s that stressful time in the holiday shopping season when we’re all playing chicken with sales — wait a little longer, and the price could go down; wait too long, and things will sell out. Some gift options that probably won’t get cheaper? French wine, cheese, perfume and handbags, which are the latest victims of President Trump’s tariff wars. Here’s what to know about that, plus other top stories in the business and tech worlds.

A Disturbing Side of Uber¶

Uber voluntarily released its first safety report on Thursday, and let’s just say there’s room for improvement. Uber said that there were 5,981 claims of sexual assault in 2017 and 2018 on rides in the United States; last year, nine people were murdered and 58 killed in crashes. For what it’s worth, Uber noted that the numbers represent a tiny fraction — just 0.0002 percent — of its 1.3 billion rides within American borders last year. But it isn’t the only ride-hailing app with safety problems. Nineteen women sued Lyft on Wednesday for failing to protect them from sexual assault by drivers and mishandling their complaints afterward. Incidentally, both companies continue to lose money.

The Trump administration gave final approval to a rule that will remove nearly 700,000 people from the federal food-stamp program. The measure demands that able-bodied adults without children or other dependents fulfill specific work requirements to receive benefits. Previously, states could waive those requirements in areas with high unemployment rates and insufficient jobs. But now, the federal government says the job market is strong enough that such waivers are no longer necessary. The change is predicted to shave nearly $5.5 billion from government spending on food stamps over the next five years.

A New Era at Google¶

The tech titans Larry Page and Sergey Brin, who co-founded Google as Stanford students 21 years ago, announced that they’re stepping down from their executive roles at Alphabet, Google’s parent company. They will hand the reins to Sundar Pichai, who became Google’s chief executive in 2015. To some, their departure seems sudden. But Mr. Page and Mr. Brin, both 46, have been inching their way out of day-to-day operations for years, opting to focus on more niche projects like self-driving cars and robotics. And it’s not like they’re truly leaving. Both will remain directors on Alphabet’s board, and they still hold a majority of the company’s voting shares, which gives them effective control of the board.

The latest target of President Trump’s trade wars: French wine, cheeses and cosmetics. He said on Monday that he planned to raise tariffs on them by up to 100 percent to rebuke France for imposing a “digital service tax” on American tech companies, including Facebook and Google. (Sound familiar? That’s because Mr. Trump also raised tariffs on French wines back in October over a separate disagreement.) French officials vowed to fight the new levies, which do not yet have an effective date. And as if the United States isn’t fighting enough trade battles, Mr. Trump also added tariffs on steel from Brazil and Argentina over a currency dispute. It remains to be seen who these tariffs will hurt the most.

After a fraught two-year buildup, Saudi Arabia’s state-owned oil company, Saudi Aramco, will begin trading publicly on the Riyadh stock market this Wednesday. The company plans to sell 1.5 percent of its shares for $25.6 billion, making it the world’s biggest-ever initial public offering and pegging its overall worth at $1.7 trillion. But the valuation still falls short of the Saudi royal family’s hopes of $2 trillion. And despite the company’s profitability, many investors are wary of getting involved with the Saudi government. Others are skittish of putting their money into fossil fuels, especially as climate change may eventually curb demand for Aramco’s huge reserves of oil.

When Prime Minister Boris Johnson of Britain called for a snap election on Dec. 12, he bargained that the results would shore up his power and help him push his Brexit deal through Parliament before the Jan. 31 deadline. But now it’s not looking like such a sure bet. His Conservative party has seen infighting over the terms of Britain’s departure from the European Union. His Labour party rival, Jeremy Corbyn, has promised to negotiate a new Brexit deal and then give voters a choice between leaving on those terms or remaining in the bloc. Mr. Johnson’s Conservatives are ahead in opinion polls, but analysts say this election is particularly hard to predict, especially since Brexit has proved trickier than anyone anticipated. 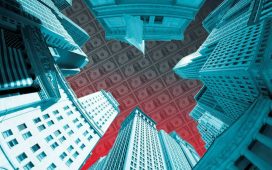 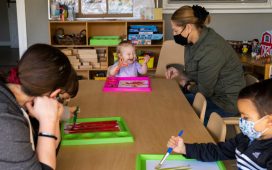 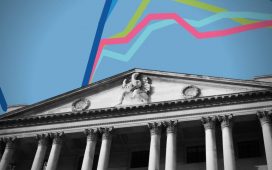 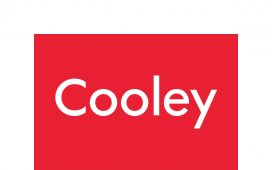