US financial watchdogs are gearing up to bring some law and order to the unruly world of crypto exchanges.

After taking a closer look at some of the largest crypto-trading platforms, the New York State Attorney General published a long list of concerns yesterday. The regulator, based on a voluntary survey of nine exchanges including Coinbase and Gemini, signaled that even greater scrutiny and enforcement may follow.

The new report says that in many instances, trading platforms fall short on protecting everyday traders from manipulation and algorithmic trading. They also neglect to make sure customer holdings are secure from hackers and that sophisticated traders aren’t given special advantages, according to the voluntary survey. These allegations aren’t necessarily a surprise to anyone in the digital asset sector, but it demonstrates that officials have taken notice. These platforms may be expected to implement safeguards similar to traditional exchanges.

Four platforms—Binance, Gate.io, Huobi, and Kraken—declined the regulator’s request to participate in the survey because they said they don’t allow trading from New York. However the regulator said, based on its investigation, that it had referred Binance, Gate.io, and Kraken to the Department of Financial Services for potentially violating New York’s virtual currency rules.

Binance CEO Changpeng Zhao, who was speaking at a CoinDesk conference in Singapore, declined to comment on the New York regulator’s report. However, he seemed unperturbed by the news. He told conference attendees that the exchange, after making $350 million in profit in the first half of the year, is seeking to add trading for five to 10 fiat currencies within the next 12 months—but probably not in North America. He was mobbed by fans as he left the stage, spurring conference organizers to consider calling security.

Kraken CEO Jesse Powell previously said that market manipulation “doesn’t matter” to crypto traders, and that the notion of manipulation is really a “euphemism for mind control.” The New York Attorney General’s report said these responses were “alarming.” Kraken couldn’t immediately be reached for comment.

The New York watchdog also found conflicts of interest, such as exchanges running proprietary trading units that buy and sell on the exchanges’ own platform. Regulators have reprimanded and fined companies for similar behavior in the US stock market. In addition, there are no standards for auditing digital assets, it said, and customers remain “highly exposed” in the event of a hack.

Some of the regulators’ concerns, such as crypto exchanges’ vulnerability to theft by hackers, are well-known. However, the new report also highlights concerns that “we long suspected, but there’s been a lack of transparency,” Wilson said.

Coinbase, for example, disclosed that almost 20% of the volume on its platform came from its own trading. When exchanges buy and sell heavily on their own platform, it raises questions about whether the market is as robust as it looks, New York officials said. An exchange’s trading activity could also be using customer information in its own transactions, giving the business an additional advantage over its customers, the report said. Coinbase didn’t immediately respond to a request for comment.

New exchanges have proliferated quickly. A startup at CoinDesk’s Singapore conference advertised being able to set up a new crypto-trading platform in as little as six weeks. However, the New York Attorney General’s report signals the era of exchanges multiplying quickly could be coming to an end.

“Everyone is scrambling for disruption, but not everyone has thought about the medium- to long-term consequences,” said John Lin, CEO of Singaporean high-frequency trader Grasshopper and founder of Tilde, a crypto-trading firm. The industry, he said, needs to do a better job of self-regulating.

This story has been updated in the fifth paragraph with comments from Binance’s CEO. 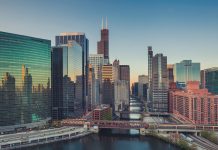 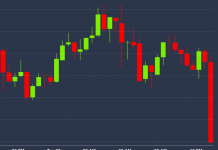 Bitcoin Tracks Stocks Up to $7.4K Before Sliding Back to $7.1K – Yahoo Finance 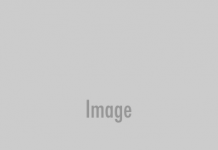 Libra Isn’t a Cryptocurrency. It’s a Glimpse of a New Asset Class – CoinDesk

ETERBASE: The first Cryptocurrency Exchange of the new generation