Theranos investor Betsy DeVos was misled by Elizabeth Holmes on the tech and financials, representative testifies

SAN JOSE, CALIF. — A representative for Betsy DeVos’s family office told jurors in the Elizabeth Holmes criminal trial that the former Theranos CEO provided misleading financials and details about the company’s technology in soliciting an investment.

DeVos, the former education secretary in the Trump administration, invested $100 million in Theranos in 2014. Lisa Peterson, who oversees private equity investments at RDV Corp. and handled the Theranos deal, testified on behalf of the family on Tuesday.

Peterson said that Holmes “was hand picking five or six private families to invest in her firm” and “was inviting us to participate in this opportunity.”

Holmes also said that the blood tests were being processed on Theranos’ homegrown technology, when in reality the company was using third-party systems.

Investors dumped a total of more than $900 million into Theranos, a then-buzzy blood-testing start-up led by a charismatic Stanford dropout who promised to change the future of health care. In addition to DeVos, media tycoon Rupert Murdoch, the Walton family and Atlanta’s Cox family all put in money.

Holmes is on trial on allegations of misleading investors, patients and doctors about the capabilities of Theranos’ blood-testing technology. Holmes and her co-conspirator and company president Ramesh “Sunny” Balwani each face up to 20 years in prison if convicted. They have both pleaded not guilty, and Balwani will be tried separately next year.

Peterson said she was asked to work on the Theranos deal because she had prior experience in health care and “it intrigued” her. The DeVos family planned to invest $50 million in Theranos, but Peterson told jurors that they decided to double their investment after meeting with Holmes.

Peterson said she initially thought “this was going to be a game changer for health care.”

The false statements from Holmes didn’t stop after the investment, Peterson said. For the first time in the trial, jurors were shown video footage of Holmes, as prosecutors played three clips of her 2015 interview with CNBC’s “Mad Money.”

In the interview, Holmes defended her work and Theranos following a Wall Street Journal investigation about the technology’s faults. Holmes, in a clip that went viral, told CNBC’s Jim Cramer, “This is what happens when you work to change things, and first they think you’re crazy, then they fight you, and then all of a sudden you change the world.”

Prosecutors also played an interview from April 2016 on “The Today Show” in which Holmes told Maria Shriver she was “devastated that we did not catch and fix these issues faster.” Later in the clip, Holmes said “anything that happens in this company is my responsibility at the end of the day.”

Peterson testified that after that interview she and Dan Mosley, another Theranos investor, met with Holmes and other employees in Palo Alto to ask, “What’s going on?” It was their first time meeting with Holmes since making the investment, according to Peterson.

“[Holmes] very much downplayed what had been happening in the press,” Peterson said. “Much of the correspondence we had received from the company was downplaying what we had seen in the news.”

Separately in the trial, federal prosecutors have renewed their fight to keep juror questionnaires from being unsealed, because they say the majority of the jurors have expressed concern over the matter.

Several media companies, including CNBC’s parent company NBCUniversal, are asking the judge to release the pre-trial jury questionnaires, which include information on their media exposure, views on topics like health care and investing and their religious beliefs.

“During the interviews, all but two of the jurors expressed some level of concern regarding either their or their family’s privacy or safety/security or said that the release of certain information in their completed questionnaires would cause personal embarrassment,” the government said.

Holmes now wants to block the release of the juror questionnaires, changing her previously neutral stance on the issue.

“Disclosure would distract the jurors and expose them to outside information and influence, and the prospect of post-verdict harassment would threaten to taint their decision-making as they deliberate in this case,” attorneys for Holmes wrote in the filing.

In early October, the court interviewed each juror and alternate juror about any potential concerns relating to the release of personal information.

“Ms. Holmes is concerned that this issue has cast a cloud over these proceedings,” according to a filing. Her lawyers added that jurors “may not be able to fairly judge Ms. Holmes’ innocence or guilt.” 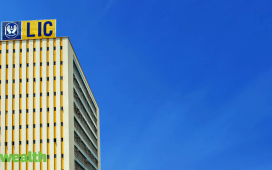