Thirty Britons believed to be among Isis fighters held in Syria


Thirty British men are among an estimated 2,000 foreign Isis fighters being held by Kurdish forces in jails in north-east Syria, according to the latest Whitehall analysis of the threat posed by the terror group following the death of its leader, Abu Bakr al-Baghdadi.

The foreign fighters are considered the most dangerous group of all Isis fighters held in jails – totalling around 20,000, when Iraqis and Syrians are included – and politicians are effectively being warned not to be complacent just because the terror group has lost its leader and territory this year.

The figure of 2,000 is the first official British estimate of the number of foreign fighters in custody. Among those believed to be held in Syrian Kurdish detention include Shahan Choudhury, who left London in 2014 and was interviewed by ITV in prison earlier this year, saying he had acted as a grave digger during Isis’s last phase, burying victims of the conflict – and Hamza Parvez, a former police cadet from London, who joined Isis in 2014 and appeared in online propaganda videos urging other Britons to travel and join up.

Fewer fighters escaped when Turkey launched its invasion of Kurdish territory in Syria in October, the UK believes, but the sheer number of radicalised individuals remains a pressing issue for regional and European security, and there is as yet no agreed international policy for dealing with them.

Crispin Blunt, a Conservative former chairman of the foreign affairs select committee, endorsed that assessment, arguing that despite the obvious difficulties of dealing with people who are believed to have fought for Isis, the situation had to be addressed.

“What you have here are large numbers of people being held by the Kurds apparently indefinitely. At some point Britain and other countries have to face up to their responsibilities and help decide what should be done with them. It is not fair to leave the problem solely to the Kurds,” the politician said.

The UK’s prevailing policy has been to ignore the remaining Britons held in Syria – arguing that there is no consular assistance in the civil war-racked country – and that they deserve no help because they travelled to join an enemy terrorist organisation. But there is a recognition among officials that the policy may not be able to last.

Intelligence agencies consider Isis to be the most serious threat faced by the UK, and if Islamist extremists were to regroup in the region, it could lead to further attacks in the UK. “By any measure the numbers of radicalised people amount to a catastrophe; it’s just not as bad as what went immediately before,” a Foreign Office source said.

Earlier this week Donald Trump and Emmanuel Macron publicly clashed at the Nato summit over what to do with Isis fighters held in Syria in the long term, although neither offered a wider solution.

The US president asked Macron if he would like to take back “some nice Isis fighters”, who he had said were “mostly from Europe”– prompting his French counterpart to correct him: “It is true that you have foreign fighters coming from Europe, but this is a tiny minority of the overall problem we have.”

Trump has been pushing hard for European countries to repatriate Isis fighters back from Syria to their native countries, and put them on trial there, a stance made easier by the fact that only a handful of those have been US nationals.

In the UK, the Home Office fears that the only charge it could lay against returnees is membership of a terrorist organisation, which currently carries a maximum sentence of 10 years.

And after last week’s deadly attack in London Bridge by Usman Khan, who had been released after serving eight years of a terrorism sentence, there are political fears of a public backlash if an Isis returnee were to commit a violent crime in the UK.

As an alternative, the British foreign secretary, Dominic Raab, has hinted that the UK could support an international tribunal to put them on trial in the region, although this would require United Nations approval.

However, where Britons have managed to returned home from Syria or Iraq they have not been put in jail. Around half the 850 Britons who left the UK to join Isis have already returned, and many are only subject to limited monitoring because their number is far beyond intelligence agencies intensive surveillance capability.

Iain Overton, the author of a book on suicide bombers, The Price of Paradise, said that while the UK could not be held in any way responsible for acts of terror, the decision to invade Iraq in 2003 meant that Britain and other western countries had an ongoing obligation to help deradicalise the Middle East. “The moment Britain involved itself, it opened a Pandora’s Box. Unexpected and difficult outcomes cannot be ignored.” 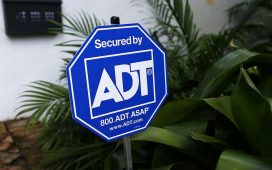 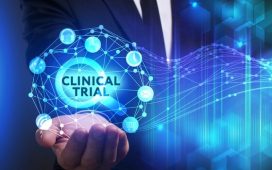 As Clinical Trials Go Digital, Complexity Grows Along with the Risk to Data Integrity – BioSpace 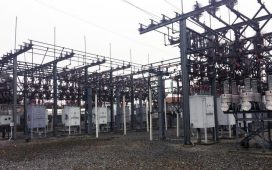 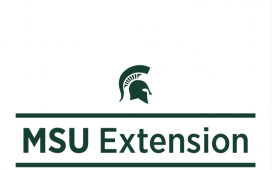