Entrepreneurship is a way of getting by in Latin America according to Mercedes Bidart, Co-Founder and CEO of QUIPU. 1/3 of the world’s urban population lives in informal settlements, where local trade is conducted in what’s considered an informal economy. These communities are flush with micro-businesses and $10 trillion worth of goods and services are transacted annually. Bidart, a city planner with a Masters from MIT, has become obsessed with using tech to bolster micro-businesses to foster community-led, economic development in low-income neighborhoods. Now Bidart and her team are launching tech nonprofit QUIPU, a digital marketplace for micro-businesses in low-income communities in Latin America.

Shannon Farley: Billions of low-income people live in informal settlements. Can you tell us more about the economies in these neighborhoods?

Mercedes Bidart: First, it’s important to know that informal settlements – also known as slums or favelas – are places where low-income families live with few if any public services, like electricity and clean water. The populations in these neighborhoods are exploding. An estimated 70 million new residents are added to urban areas in developing countries each year and most of these people settle in slums.

Despite these communities being neglected in terms of policy and resources, there is a lot of economic activity. You’ll find individuals selling local goods like hand-crafted shoes and homemade food, or offering services like plumbing and carpentry.

Farley: Informal settlements are structural poverty traps. The lack of economic stability and opportunity in these neighborhoods keeps the poor – poor. Can you describe challenges for micro-business owners in these communities?

Bidart: The perils facing businesses in these communities boil down to three major issues. First, in times of financial downturn, the low-income communities are hardest hit. This means that slum residents can’t afford basic necessities and local businesses are unable to sell their products. Next, most micro-businesses are only known by word of mouth, limiting the number of potential customers. Finally, transactions between buyers and sellers are largely unrecorded. Without financial data, micro-businesses are prevented from accessing financial services.

Farley: How did you first discover this problem?

Bidart: When I was 19 years old, I joined TECHO, a nonprofit helping families living in extreme poverty. I was tasked with advising women in Amancay, Argentina on microcredit and business development strategies. I was blown away by how these women supported each other like family. When one business owner couldn’t pay back their loan, the other women did whatever they could to help her. It was there that I learned about the power of resilience and community.

I started to study these communities and I noticed three critical things: 1. With limited access to cash, people in informal settlements develop their own trading systems based on trust and strong community ties. 2. Smartphone usage is growing in almost every community on the planet. 3. Solutions to tackle structural inequity work best when they come from people closest to the problem.

As part of my Master thesis at MIT, I ran a technology co-design process with a group of micro-entrepreneurs in a low-income neighborhood in Barranquilla, Colombia. We analyzed the production and consumption of the neighborhood, mapped their main challenges, and designed a digital solution that we now call QUIPU. We created QUIPU in partnership with the small business owners living in the margins, because it is from the margins where innovation arises.

Farley: How does QUIPU work today?

Bidart: QUIPU is a digital marketplace for micro-entrepreneurs in informal settlements.

Each micro-business can buy and sell products and services using local tokens, which we call quipus. This trading system increases the purchasing power of micro-business owners by helping them grow their businesses while saving their cash for other expenses.

Let’s use one of our customers Julia as an example. Julia sells shoes in a neighborhood called Villas de San Pablo in Barranquilla, Colombia. She created a profile on QUIPU, received a few starter tokens, and uploaded her products. After Julia joined QUIPU, her micro-business was visible on a neighborhood map and search engine. Julia can use quipus to buy empanadas from Daniris, who lives in the neighborhood. After each transaction, users can rate the products, sellers, and buyers. Once Julia has established a transaction history, the app calculates her financial score, which she can use to access financial services.

Farley: What is your long term vision for QUIPU?

Bidart: I want to create collective prosperity for my region and its people. The QUIPU platform and the data it generates will enable communities to visualize the local economy and therefore work together to transform it. With more information about their economic ecosystem, they can advocate for their rights and prove creditworthiness to financial institutions.

Farley: What’s the best piece of advice you’d pass on to other women entrepreneurs?

Bidart: Being an entrepreneur from Latin America is very difficult. We live in economically and politically unstable countries that have complex problems. If you have an entrepreneurial spirit and something you deeply care about, don’t hesitate to try to make change. Don’t wait to raise the money you need to try to build a “perfect product.” Prototype with the resources you have and work with the community. The problems of our region are urgent and the resources very scarce. We need to work on solutions collectively and share ideas. We can’t do anything on our own.

Farley: What’s the meaning behind the name QUIPU and why is that so significant to the world you want to create?

Bidart: QUIPU is a nod to the Incan knotted strings record-keeping devices, once used for the census, transactions, and keeping narratives like royal histories and songs. In 1583, after the Spanish conquered the Incan Empire, the Catholic Church banned the quipu system of record-keeping used throughout the Incan Empire. Ledgers, censuses, and tax records were –  essentially – erased. Histories, genealogies, and creation myths were quashed.

We want to bring it back to the roots and the original purpose of trading – livelihood and community. In the 21st century, we “count” with technology, a powerful tool that I believe can be used to help communities create and own decentralized financial systems that allow collective growth over individual and competitive success. 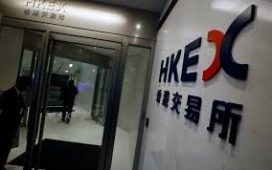 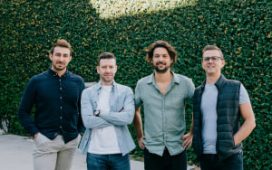 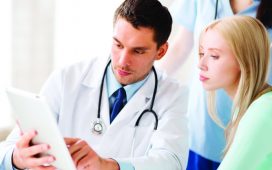 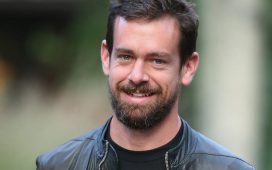