“This paints a picture of Trump completely unhinged and completely losing all control which, for his base, they think of him as someone who is in command at all times. This completely flies in the face of that,” the adviser added.

The Trump adviser, who was in a group text chat with several other Trump aides and allies as the hearing played out, said that “no one is taking this lightly.”

“For the first time since the hearings started, no one is dismissing this,” the adviser said.

In a statement to CNN, Trump spokeswoman Liz Harrington sought to dismiss the stunned reactions from some allies of the former President.

“The only thing ‘stunning’ is that the Unselect Committee would run with such easily refutable and ridiculous falsehoods that are laughable on their face,” Harrington said.

Another Trump ally told CNN the testimony from Hutchinson, a former top aide to White House chief of staff Mark Meadows, would seal Meadows’ fate as “persona non grata” to the former President.

“This is one of the reasons [Trump] is furious with Meadows. He was already iced out but now he will be persona non grata,” this person said.

The startling revelations from Hutchinson’s testimony about Trump’s erratic behavior and state of mind on January 6 could make it easier for Republican presidential hopefuls to challenge the former President in a primary should he run, the Trump ally added.

“This is basically a campaign commercial for (Florida Gov.) Ron DeSantis 2024,” said the Trump ally.

Trump, as he often does with aides and allies with whom he was once close but later turned against him, claimed on Tuesday that he “hardly know[s]” Hutchinson and personally rejected a request she made to join his post-presidency staff at Mar-a-Lago.

“When she requested to go with certain others of my team to Florida after my having served a full term in office, I personally turned her request down,” Trump said on Truth Social during Hutchinson’s live testimony.

Trump attempted to cast Hutchinson’s testimony on Tuesday as revenge, claiming she was “very upset and angry that I didn’t want her” at his Palm Beach residence.

The former President’s attempt to distance himself from Hutchinson, whom he described as “bad news” on Tuesday, came after the committee showed renderings of the West Wing to demonstrate just how close she was to the Oval Office as an assistant to Meadows. Multiple former White House aides also publicly vouched for Hutchinson’s proximity to Trump and his chief of staff before and during her appearance on Tuesday.

“Anyone downplaying Cassidy Hutchinson’s role or her access in the West Wing either doesn’t understand how the Trump [White House] worked or is attempting to discredit her because they’re scared of how damning this testimony is,” former White House deputy press secretary Sarah Matthews tweeted.

In response to this, one former White House aide said, “everyone high up at the WH knew her. And even if Trump didn’t know her name he most certainly recognized her. She traveled on AF1 with Mark for every trip.” Additionally, this former aide said that while Tuesday’s testimony was crazy, it’s also 100% believable given what this person knew after working in the White House.

The most surprising episode to some aides so far was when Hutchinson recounted an incident she testified to hearing about secondhand from Tony Ornato, a Secret Service agent who also served as White House deputy chief of staff, where Trump allegedly tried to lunge for the steering wheel of the presidential vehicle so he could be driven to the Capitol on January 6. Following her testimony, a Secret Service official familiar with the matter told CNN that Ornato denies telling Hutchinson the former President had grabbed the wheel or assaulted an agent on his detail. This official said the agency notified the committee Tuesday afternoon that it will make Ornato and Bobby Engel, another agent who was on Trump’s detail on January 6, available to testify under oath. As previously reported by CNN, both agents are prepared to testify that neither incident inside the presidential vehicle occurred.

US Secret Service spokesman Anthony Guglielmi said in a statement Tuesday that the agency planned “to respond on the record to the Committee regarding the new allegations surfaced in” Hutchinson’s testimony.

Trump was nervous about testimony

Trump has previously denied reporting on Hutchinson’s leaked testimony, claiming on his Truth Social platform earlier this month that he “never said, or even thought of saying, ‘Hang Mike Pence.'”

“This is either a made up story by somebody looking to become a star, or fake news!” he wrote at the time.

But a person close to Trump said he was nervous about Tuesday’s hearing, which features live testimony from Hutchinson. Prior to the committee’s announcement on Monday, this person said Trump was feeling triumphant amid back-to-back Supreme Court decisions protecting a right to conceal carry a gun and ending the constitutional right to abortion.

“He definitely wasn’t expecting a twist like this,” said the person close to Trump.

The former President and his allies are planning to cast Hutchinson as a junior aide who had little influence inside the West Wing, despite her proximity to both the then-President and his then-chief of staff. Hutchinson served in the Office of Legislative Affairs prior to becoming a top aide to Meadows and was an eyewitness to several key episodes leading up to January 6, in addition to witnessing some of Trump’s real-time reactions that day.

Trump was specifically concerned about what Hutchinson could say about his state of mind and response to the rioters on January 6, said a second person close to him.

Hutchinson’s proximity to Meadows placed the former White House chief of staff on high alert ahead of Tuesday’s hearing.

Hutchinson “operated like an executive assistant to him,” said a person familiar with their relationship and her insight into his day-to-day schedule, conversations, and interactions with Trump is unrivaled.

“I think the committee has held their fire on Meadows so far but today’s going to be a Meadows day,” the person said.

Meadows personally promoted Hutchinson from the White House Office of Legislative Affairs to his West Wing office, where this person said “she was given enormous access and enormous visibility” into his relationship with Trump and several top GOP lawmakers.

A second person familiar with the matter said Hutchinson received zero support from Meadows as she became entangled in the January 6 committee’s investigation but has remained in touch with some of his other aides.

Now, Meadows and his allies are worried that could come back to haunt him.

They are watching Tuesday’s hearing closely to see what new information Hutchinson reveals in her sworn testimony, said the second source, who noted that Meadows is specifically concerned that her appearance could further strain his relationship with Trump.

Trump has privately complained to allies in recent months about text messages that Meadows turned over to the House panel before halting his cooperation, and a book Meadows wrote that contained startling new details about the severity of Trump’s battle with Covid-19 also angered the former president.

This story has been updated with additional reporting Wednesday. 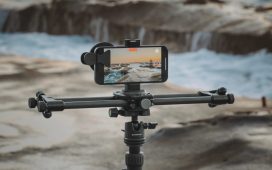 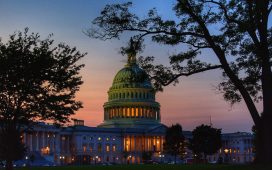 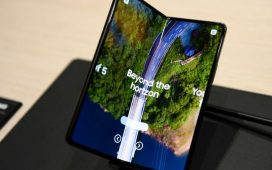 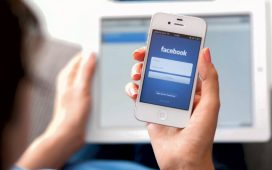 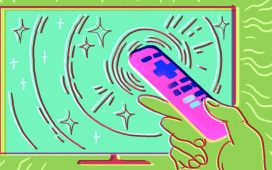