“This isn’t really Somerset,” Jock Mendoza-Wilson says as he looks through an estate agents window on the High Street of the small town of Bruton, a few miles away from the site of Glastonbury festival in Somerset. “This is a microcosm of the poshest parts of London transported to one of the most beautiful parts of the country.”

The town, which dates to at least the Domesday Book of 1086, is back in focus this week as George Osborne, the former chancellor and editor-in-chief of the Evening Standard, has become the latest celebrity to move in, buying a five-bedroom Grade II-listed Georgian pile for £1.6m.

“Even before ‘gorgeous George’ decided to pop down, rich people from London have built a microclimate down here, and caused a real spike in prices,” says Mendoza-Wilson as he reels off the names of the other well-known figures who have also made the move west.

Sir Cameron Mackintosh, the musical theatre producer behind Cats, Les Misérables and The Phantom of the Opera, lives in a Grade I-listed former Augustinian prioryfrom the 13th century on the outskirts. The fashion designers Stella McCartney, Alice Temperley and Phoebe Philo live in the town or nearby, as does the war photographer Don McCullin, and the filmmaker Sam Taylor-Johnson with her actor husband, Aaron.

The actor Rhys Ifans lives in the centre of the town near Caroline Corr, of the Corrs, and Dominic Greensmith of the rock band Reef.

The influx has led the town, which boasts two private secondary schools and a state boarding secondary school, to be labelled the “next Chipping Norton” and British Vogue called it “the new Notting Hill”.

Iwan Wirth and Manuela Hauser, the founders of global art gallery network Hauser & Wirth who are regularly described as “the most powerful couple in the art world”, moved to Bruton in 2007, selling their former home in Holland Park, west London, to the Beckhams for £30m.

The couple now own a farm, vineyard and hotel in Bruton, and in 2014 they opened a branch of the Hauser & Wirth gallery in converted barns overlooking the town. The gallery’s restaurant was so busy for lunch this week that those turned away from its patio tables were asked to wait 45 minutes for £18 steak salads and £15 miso roast carrots to eat takeaway in the car park. Many obliged.

Mendoza-Wilson, the director of investor relations for System Capital Management, a huge conglomerate owned by Ukraine’s richest man, Rinat Akhmetov, says famous and creative people have attracted each other to the town and created a “real buzz and energy about the place” that has pulled in the wealthy and driven up his house price “massively”.

Mendoza-Wilson’s boss hasn’t bought into Bruton yet, but he could afford to buy the whole town. Akhmetov, whose fortune is estimated at £5.2bn, recently bought a €200m (£180m) villa in Saint-Jean-Cap-Ferrat on the Côte d’Azur to add to his portfolio, which includes a £137m flat in London’s One Hyde Park and the Ukrainian football club FC Shakhtar Donetsk.

Another billionaire, however, has bought into Bruton. In 2013 the South African internet mogul Koos Bekker and his wife, Karen Roos, a former editor of Elle Decoration South Africa, bought the Grade II*-listed Hadspen House, the seat of the Hobhouse family since the late 18th century.

The £12m house, which was said to have also been eyed by Johnny Depp, has been transformed into a £475-a-night country hotel and spa. Those with a smaller budget can pay £20 for a ticket to tour the gardens, which are being returned to their Edwardian glory by a team of 18 full-time gardeners. (If you like apples, it might be worth it as there are 267 varieties of apple tree.) There are also three restaurants, taking the number catering for a town with a population of less than 3,000 to six.

The latest restaurant to open on the High Street is Osip, run by Merlin Labron-Johnson, who at 24 became the youngest chef to win a Michelin star at his former London restaurant Portland in 2015.

Labron-Johnson, who has just arrived back in Bruton from his girlfriend’s house in London as he prepares to reopen Osip, says he was on the lookout for a new project outside London but hadn’t considered Bruton until his financial adviser suggested it.

He moved last year and Osip, which he describes as “a tiny farm-to-table restaurant” with no menu, opened in November. Food is grown on the restaurant’s allotment, bought from local farmers or foraged from neighbours’ gardens in return for free meals. (The strawberries are from Mendoza-Wilson’s vegetable patch). Dinner costs £65 per person.

“I came to visit, and I fell in love,” Labron-Johnson says. “This is home now. I was slightly nervous that the locals would say: ‘Oh god, not another person from London doing a fancy restaurant,’ but people have been really welcoming.”

While those who have also relocated from London have been welcoming, families who have lived in Bruton for generations complain that the “influx of those people from London” has pushed out cheaper restaurants and shops to make space to cater for the wealthy.

The spike in house prices, estimated by the high-street estate agent Hunter French to have increased by a third in five years, has also angered local people who cannot afford housing.

“Bruton is not for locals any more,” says Deborah Haynes, who is taking her grandson Jack and dog Chaos for a walk along the River Brue. “It’s all fancy restaurants we can’t afford and every other house is on Airbnb for silly money.

“It has completely changed – you used to walk from one end of the town to the other and it was nothing but shops. Now the Londoners are buying up all the shops and turning them into houses. My son can’t get anywhere to live. He’s in a tiny rental. The prices have got ridiculous.” 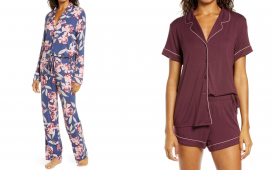 The 100 best deals from the Nordstrom Anniversary Sale on clothes, shoes, and more 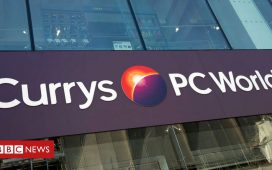 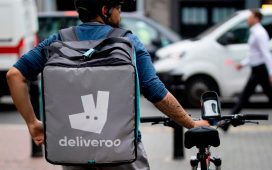